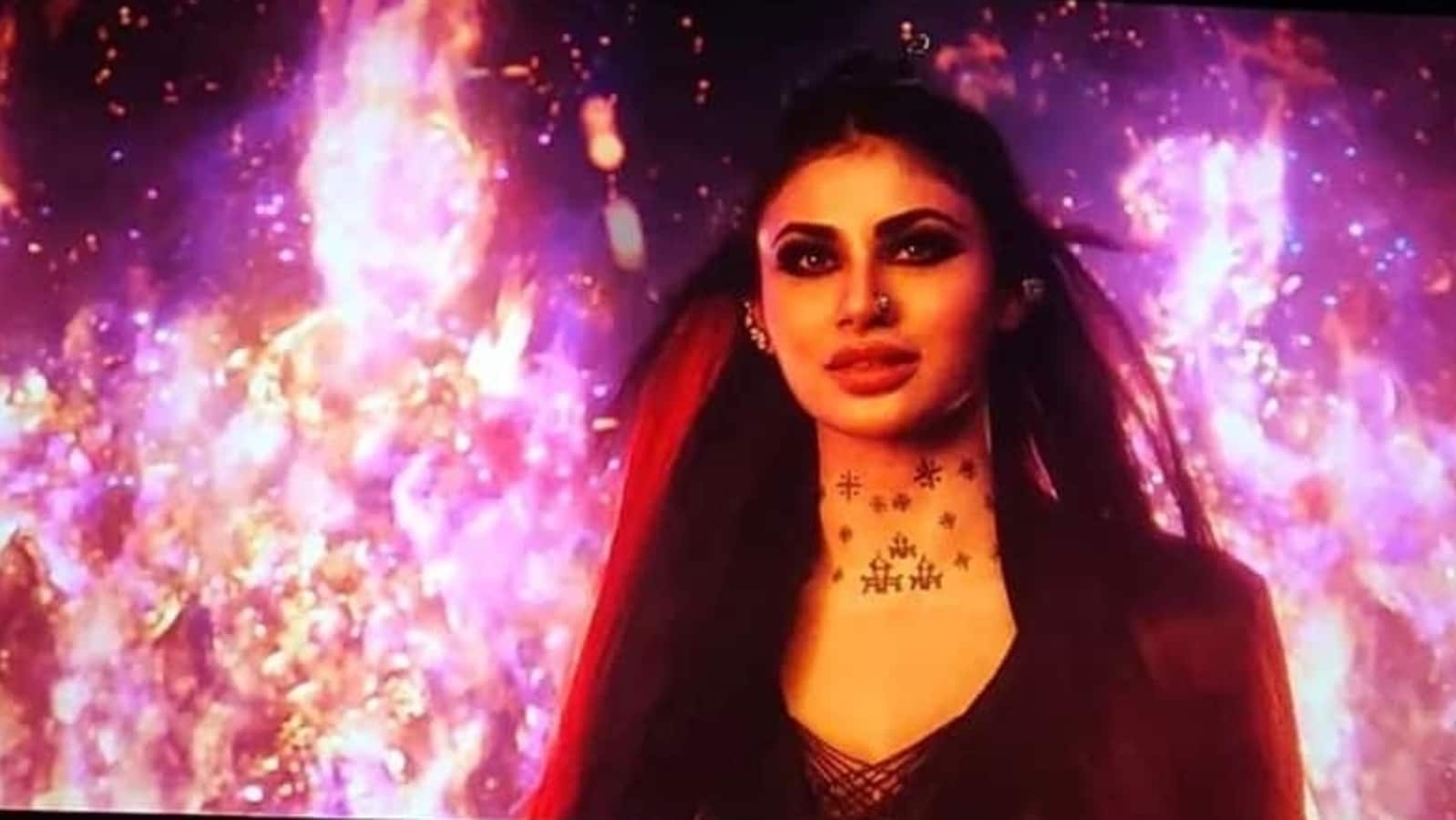 While Ayan Mukerji’s Brahmastra has received some negative reviews, one name from the cast still managed to win applause. Actor Mouni Roy, who essayed the role of Junoon in the film, wowed with her performance. In a new interview, Mouni was asked about receiving more praises than Alia Bhatt and Ranbir Kapoor.

Said to be one of the most expensive Indian films, Brahmastra Part One: Shiva serves as the first instalment of a planned trilogy of the Indian cinematic universe titled Astraverse. The fantasy action epic starring real-life couple Ranbir Kapoor and Alia Bhatt crossed the ₹225 crore mark on Wednesday since its release on September 9.

In an interview with Pinkvilla, when Mouni was asked about how she feels about receiving more praises than Alia-Ranbir in Brahmastra, she said, “I am the biggest Ranbir-Alia fan. The biggest. It was an absolute pleasure working with the two of them. No, I cannot even imagine a thought like that, to be honest. I genuinely feel both of them are fire on screen. They’re great, humble, kind, nice human beings.”

She continued, “They are so dedicated. They wouldn’t leave the set, they were always present — for all the markings, for all the rehearsals, for all the lighting. When I’ve seen them like that and seen the kind of work that the both of them have done in the film, I feel that they are magic together. So, you’re asking the wrong person (this question).”

Several celebrities praised Mouni for her performance in the film. Television actor Ankita Lokhande, on Tuesday, praised Mouni on social media for her performance. She posted the movie poster featuring Mouni’s character Junoon on her Instagram Story and wrote, “Dear Mouni watched brahmastra yesterday and ur performance was fantastic and absolutely up to the mark. u made us proud. Keep it up and keep growing Lots of love and success to you.”

Earlier, Mouni’s husband Suraj Nambiar and her friends including television actor Arjun Bijlani, choreographer Remo Dsouza, and others met and watched Brahmastra together and even donned a customised T-shirt with her character Junoon’s print. Suraj also shared the pictures on Instagram.