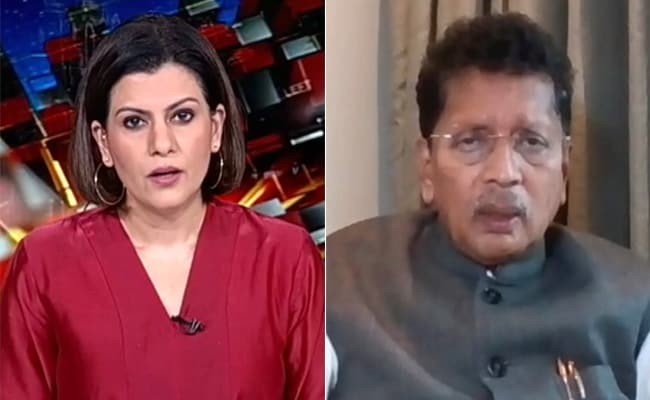 A leader in rebel group denied that the extended luxury hotel stay is sponsored by the taxpayer.

The Shiv Sena has split thrice and every time it has been because of Sharad Pawar, a leader in rebel Eknath Shinde’s group said today, blaming the man who crafted the ideologically disparate ruling coalition in Maharashtra. Deepak Kesarkar, a former minister, told NDTV that the MLAs “would return soon” from Guwahati and form a new Maharashtra government.

“We are coming back and forming the government. It may happen very soon. We have to come back. We have been out for five days, which is not too long, but we feel we should be with our constituencies,” Mr Kesarkar said in an exclusive interview.

He denied that the rebels’ extended luxury hotel stay is sponsored by the taxpayer. “Government money is not being spent on our stay – we are making our own payments,” he claimed.

The rebel MLAs were given 14 days to respond to disqualification notices by the Supreme Court today.

On the possibility of a no confidence motion being moved in the Maharashtra assembly against the coalition government, given that most Shiv Sena MLAs have deserted Chief Minister Uddhav Thackeray and joined Eknath Shinde, Mr Kesarkar said the decision was up to Mr Shinde.

“Our party president is the Chief Minister. He will have to think about it. I think he is going by the advice of somebody. Earlier he wanted to resign, but after meeting Sharad Pawar, he changed his mind,” Mr Kesarkar said.

The MLA said no one wanted Uddhav Thackeray to quit. “Shiv Sena will remain in power but it should be done gracefully. All we want is that it should be graceful. The government will have to say we don’t have the numbers,” he said.

He accused team Thackeray of trying to put psychological pressure on the rebels by stripping them of portfolios, seeking their disqualification and challenging them to return and face the Sena.

“These are usual tactics. Let them understand that this is a democracy and if they can’t control the law and order situation in Maharashtra, then the Centre may come into it and they may provide security,” he said, hinting at the BJP’s role as an enabler of the Sena coup.

When would the MLAs return to Mumbai?

“We won’t stay indefinitely. The doors are opened, there is no bar in bringing a no confidence motion. Strategy cannot be announced publicly. The decision will be known,” he said.

Mr Kesarkar accused Mr Pawar of exacerbating the Shiv Sena crisis. “I can tell you that the Sena split thrice and every time Sharad Pawar was behind the split. Whether in the Congress or in the NCP, he always believed in those kind of tactics to break parties for his own party’s growth. Uddhav Thackeray was reluctant to be chief minister. He accepted the post only at the request of Pawar,” Mr Kesarkar said.

“We are proud of his work on corona. But Sharad Pawar was working against us on the ground. His party did not support us in the legislative council election and candidates were very unhappy. That resentment led to this.”

With the rebels pitching for a return to the Shiv Sena’s alliance with old partner BJP, the two parties collaborating once again to take power is a strong possibility.

On whether the rebels would accept Mr Fadnavis as Chief Minister, Mr Kesarkar said: “That is for Mr Shinde to decide. We have given him all rights to decide and whatever he decides is final for us.”

He added: “But in all this, Uddhav Thackeray’s honour should be maintained. That is why I wrote him an open letter urging him to form a government with the BJP, because he shares very good relations with Prime Minister Narendra Modi. He can once again have very good ties with the BJP.”