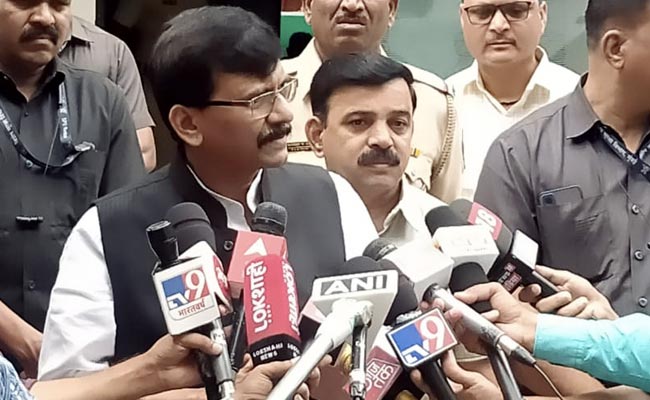 Mumbai: Shiv Sena MP Sanjay Raut on Monday dubbed the Enforcement Directorate’s summons issued to him as a “conspiracy” and said even if he is killed, he will not resort to the Guwahati route taken by rebel MLAs from Maharashtra.

The Enforcement Directorate, or ED, has summoned Mr Raut on Tuesday for questioning in a money laundering probe linked to the re-development of a Mumbai ‘chawl’, officials said.

The development comes as the Shiv Sena battles rebellion from a group of its MLAs, who are camping in Assam’s Guwahati city, putting a question mark on the future of Maharashtra’s Maha Vikas Aghadi (MVA) government.

“I just got to know that the ED has sent me a notice. Major developments are taking place in Maharashtra. We all are Shiv Sainiks of (Sena founder) Balasaheb. This is a conspiracy. Even if I am beheaded, I will not take the Guwahati route,” Raut said in a tweet in Marathi and tagged BJP leader Devendra Fadnavis.

The Rajya Sabha member also dared the ED to arrest him.

Sanjay Raut’s brother MLA Sunil Raut claimed the ED summons were to scare the parliamentarian as he has been opposing the BJP.

In Udaipur, Huge Procession In Protest Against Tailor’s Killing