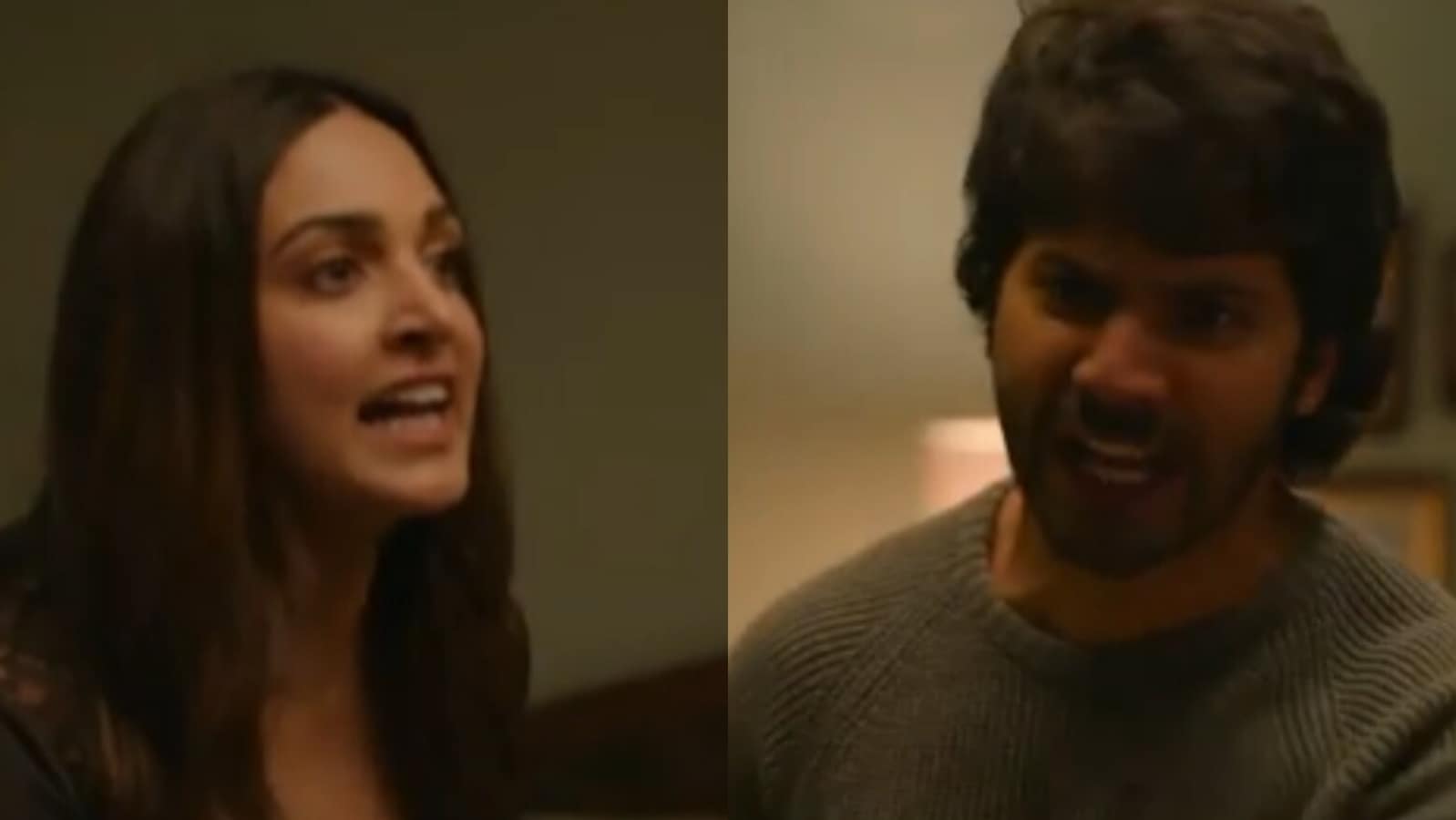 Varun Dhawan and Kiara Advani collaborated for the first time on director Raj Mehta’s JugJugg Jeeyo. The film addresses family relationships and complex emotions. Varun has revealed that him and Kiara fought 2-3 times before shooting a fight scene. Their fight was so intense that Raj had to step in.

JugJugg Jeeyo is a family entertainer. Released on June 24, it stars Anil Kapoor and Neetu Kapoor in lead roles, besides Varun and Kiara. It also has Maneish Paul and marked the Bollywood debut of YouTube star Prajakta Koli. The film has made a decent opening on Day 1 and earned ₹9.28 crore on Friday.

Recalling an intense fight scene from the film, Varun opened up about getting into arguments with Kiara during shoot. He told Pinkvilla, “I and Kiara got into 2-3 fights before we shot the scene genuinely. Because we were discussing the scene and she was like ‘I will say this.’ And I was like ‘but that’s not my point of view.’ As a man that’s not my point of view. I have to earn for my family because that’s what I have been taught. She’s like ‘no you are chauvinistic’ How’s that chauvinistic? Your brother and father think the same way. Then why I am chauvinistic if I feel I need to earn for my family. That’s what I am taught by my parents in childhood.”

Varun added that he fought a lot with Kiara on the sets, so much as that Raj had to stop them. JugJugg Jeeyo is winning the hearts of the audience and critics as many called it ‘entertaining’. The Hindustan Times review of the film read: “JugJugg Jeeyo is an absolute family entertainer that talks about choosing relationships over selfishness and while doing so, there’s nothing preachy about it. There’s aren’t any vulgar jokes or slapstick humour to infuse laughter and that makes JugJugg Jeeyo a clean comedy drama. Watch it on the big screen for it’s one of those typical commercial potboilers that you call paisa vasool.”