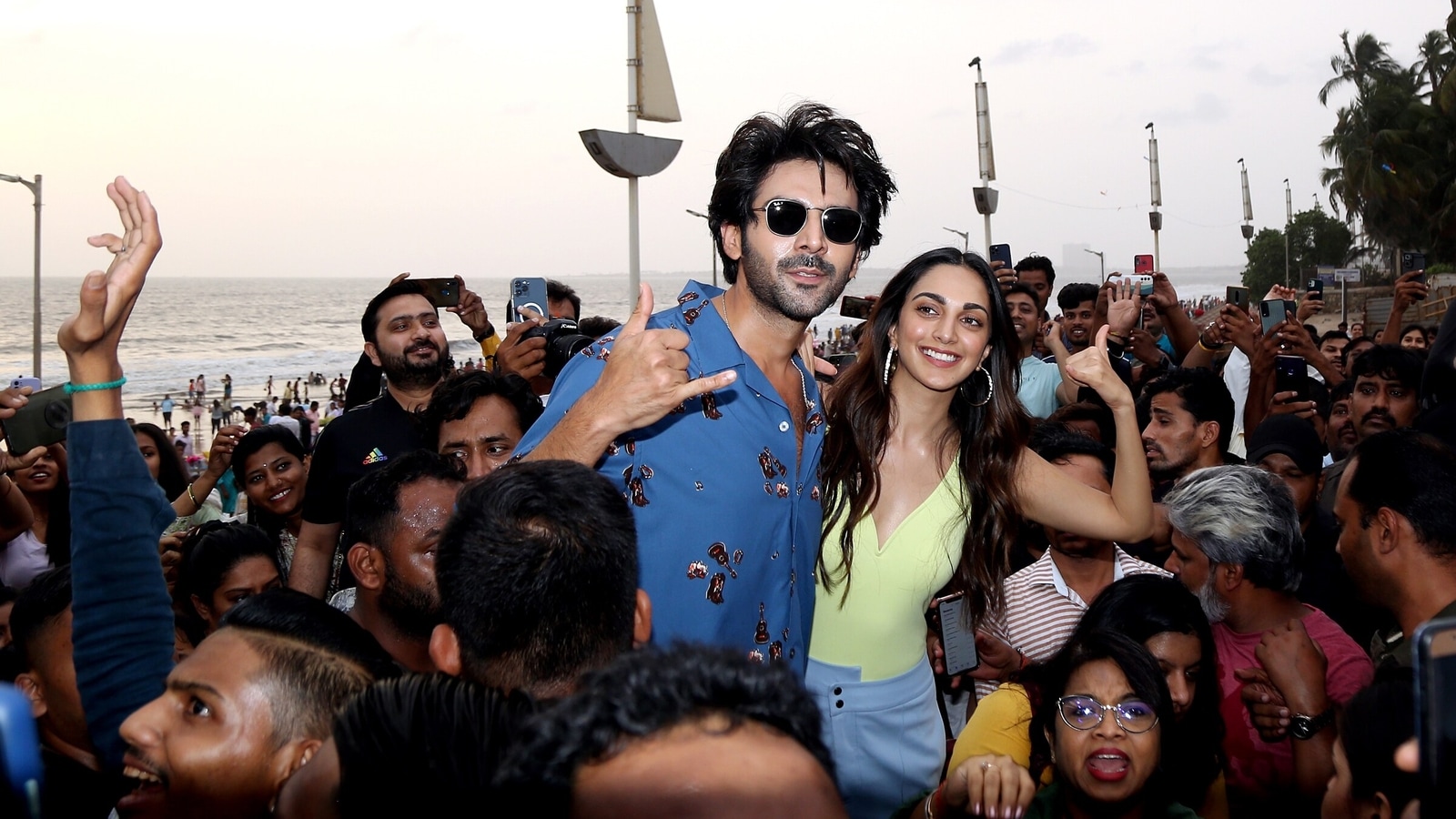 Kiara Advani and Kartik Aaryan are riding high on the success of their film, Bhool Bhulaiyaa 2. The two promoted the film across the country during which Kiara said she made efforts to ‘steal’ Kartik’s fans with her sweet gestures. The actor made the confession during an interview with Netflix, and Kartik confirmed she was telling the truth.

On Sunday, Netflix shared a video clip from the interview on Instagram. It shows Kiara opening up about how she tried to convert Kartik’s fans into hers. She said, “I am converting his fans. The other day I tried converting one of Kartik’s fans to my fans. He has these girl fans who come crying… Kartik, Kartik, I am so upset with you and all… So sometimes, he may not notice who is crying and all, but I notice. So I take advantage of the situation. I will come and say ‘beta’ come. I tell Kartik give her a hug. She’s been waiting for you.”

She added, “And he doesn’t even know. In my head, I am like, ‘they will open my fanpage tomorrow’.” Kartik also confirmed that Kiara was actually trying to steal his fans. He said, “She does that a lot. Every time I try to save them from her. She purposely does that in front of them so that they hear and think she is extra sweet. She’s making them her fans.”

Bhool Bhulaiyaa 2 is a standalone sequel to Akshay Kumar and Vidya Balan’s 2007 film. It has earned more than ₹179 crore at the domestic box office.

Kiara is busy promoting her upcoming film JugJugg Jeeyo with actor Varun Dhawan. Recently, Kartik joined her onstage as she and Varun called their industry colleagues to dance to their song from the film. Kartik however, did not perform their dance step.