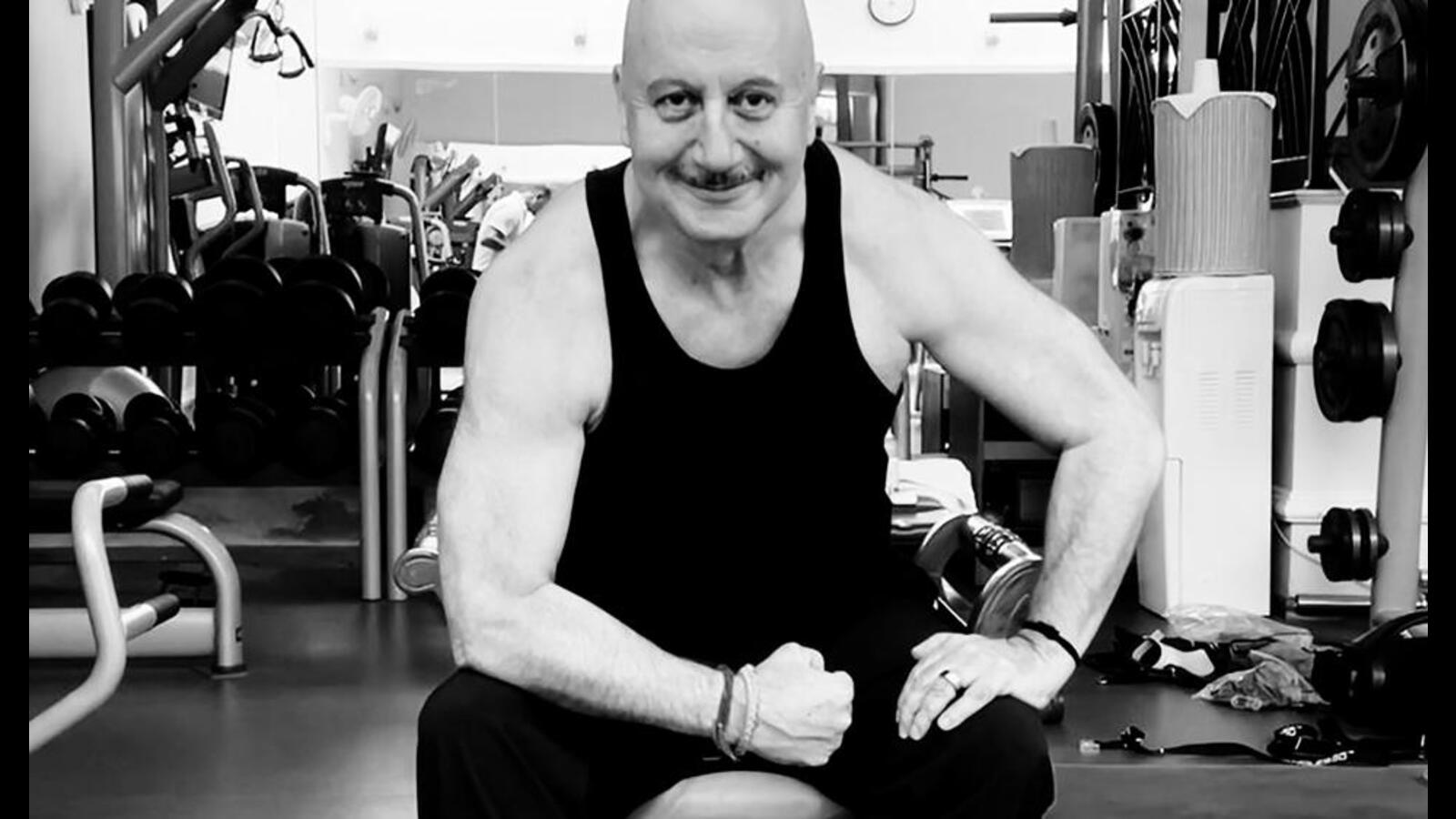 Actor Anupam Kher believes in pushing his limits, whether it’s for his powerful performances or physical transformation, which has earned a lot of attention of late.

“Unless you make yourself uncomfortable, how will you inspire yourself and others? Age is just a number. Today, everything is possible; you just need to discipline yourself and stay focused. So, I decided to work on my fitness. My competition is not with the people of my age, it’s with the youngsters,” says the 67-year-old.

The actor, last seen in The Kashmir Files, continues, “I remember when my father retired at the age of 58, he had retirement depression for three years. Thankfully, we are in a profession where we don’t retire. I have a long inning to play and for that, I need to stay fit.”

Kher, who is shooting for his upcoming films — The Signature and Kaagaz 2 — in Lucknow (Uttar Pradesh), says that he’s just reached mid-way in his acting career. “I started at 28 and played a 65-year-old man’s role. Now that I am in my mid-60s, I feel I’ve just reached the interval of my career. I still have 20-25 years of work [left], if all goes well with my health and memory. That’s the joy of being in this profession,” he says.

Besides working on his fitness, Kher has also been trying to take on roles that challenge him as an actor. He feels that one needs to make their job difficult so that the results are better. He shares, “Having done so much work, I have understood what the nuances of acting can be. Now, I am only choosing those projects that I want to do. I completed (filmmaker) Sooraj Barjatya’s Unnchai with Mr (Amitabh) Bachchan (actor) and Boman (Irani; actor), wrapped up (director) Sankalp Reddy’s IB71 with (actor) Vidyut Jammwal, completed a Tamil film and now I am working on two Hindi films.”

On what’s changed after his film clocked ₹350 crores, he says, “On personal front, it is the belief that his whole star system in not based on the typical heroes. With film like TKF, with me in the lead, I can come up with something and break every film record. In Hindi film’s point of view, it’s the number one film of this year — if we don’t consider RRR, KGF etc. But, that irony of the situation is that logon ki 20 crore ke film chalti hai to magazine main cover latge hain aur poster chapte hai. Par yeh system bhi tootega, dheere-dheere…it has to! So, that triumph is there. However, I firmly believe that talent has nothing to do with how much business a film does.”

He tells that he signed TKF in one-fourth of his fee, due to the subject, and hopes that, now after a blockbuster business, “the makers will reward me and Darshan (Kumaar). Like Kartik Aaryan was rewarded with ₹4.7 crore car (after success of Bhool Bhulaiyaa 2),” he says with a smile.

Koffee With Karan is back: Why Karan Johar’s ‘cult show’ won’t ever be ignored