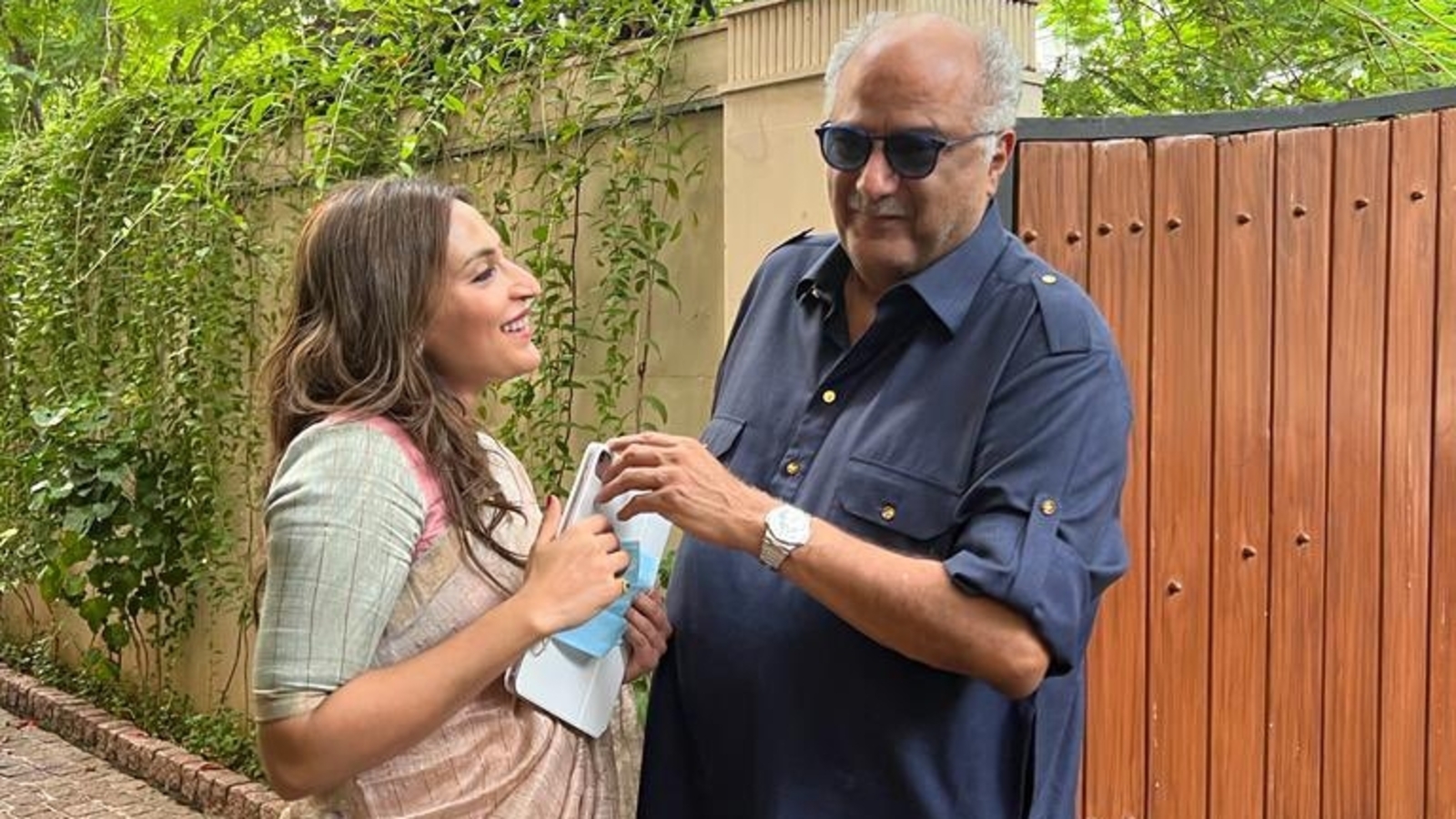 Filmmaker Aishwarya Rajinikanth gave a glimpse of her weekend as she spent time with producer Boney Kapoor. Taking to Twitter, Aishwarya shared pictures from their meeting in the evening over coffee. Aishwarya also said that they spoke about Boney’s wife, late actor Sridevi.

In the first photo, Boney and Aishwarya smiled as he held her hand. They stood outdoors near a gate surrounded by greenery. Aishwarya, looked at Boney in the second picture as he smiled looking at the camera.

Aishwarya wore a pink floral saree and paired it with a green blouse. Boney opted for a blue ethnic outfit. Sharing the picture, Aishwarya tweeted, “Was a delight catching up this evening over coffee with you dear @BoneyKapoor uncle ..reminiscing old times, remembering pappi akka n discussing interesting work!” Sridevi was known to her close friends as Pappi.

Fans took to the comments section and asked if a project is happening with her father Rajinikanth in Boney Kapoor’s production. A person wrote, “Next Rajini film.” A fan commented, “Any update for the coming project with @BoneyKapoor.” A comment read, “@ash_rajinikanth and @BoneyKapoor #AK61 Update please????”

Aishwaryaa recently met Tamil actor-filmmaker Raghava Lawrence. While their nature of meeting still remains a mystery, some believe that they met for a possible collaboration. Recently, she also directed a music video.

She made her directorial debut with the Tamil film, 3, starring Dhanush and Shruti Haasan. Her second film was the Tamil heist comedy, Vai Raja Vai. In 2017, she directed a documentary titled Cinema Veeran, on the life of stuntmen in the Tamil film industry.

Earlier this year, she ended her marriage with actor Dhanush, to whom she was married for 18 years. Announcing the news of separation with his wife, Dhanush wrote, “18 years of togetherness as friends, couple, as parents and well-wishers to each other. The journey has been of growth, understanding, adjusting and adapting. Today we stand at a place where our paths separate.”

Dhanush urged people to respect their decision and give them some privacy. Aishwarya also shared the same statement on her Instagram page. She wrote, “No caption needed. Only your understanding and love are necessary.”

When Yash Chopra shared how he almost became an engineer | Bollywood

Is it ‘Amitabh Bachchan from Thugs of Hindostan’? Fans on pic of Afghan refugee

Karan Johar cried after Alia Bhatt told him she was pregnant, got hug from actor