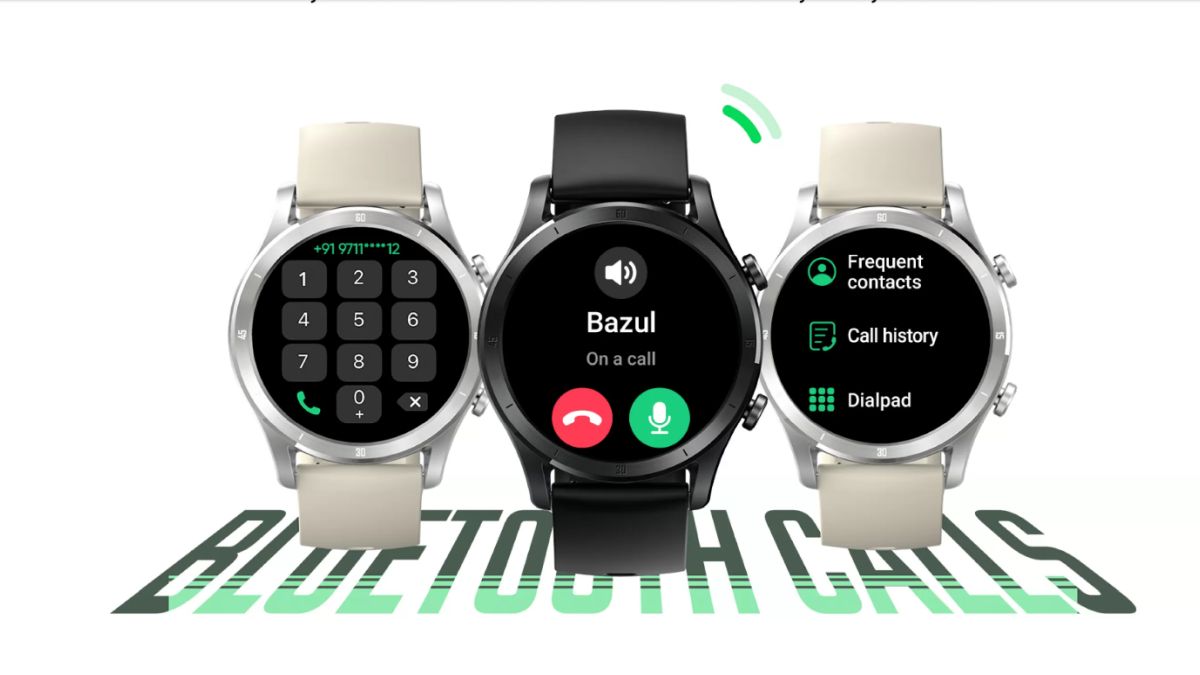 Realme has announced the launch of the Realme TechLife Watch R100 via Twitter. The wearable is set to be released on June 23 at 12:30pm. The smartwatch from Realme will feature a round-shaped dial encircled by aluminium alloy and a matte rear cover. The Watch R100 will sport a 1.32-inch TFT LCD large colour display with 360 x 360 pixels resolution.

The wearable will be available in two colour options, seemingly Black and Cream, although the official names of the colours haven’t been revealed yet. The Realme TechLife Watch R100 will go on sale via Flipkart. To recall, the Watch R100 will come with Bluetooth calling feature. The wearable will feature a battery capacity of 380mAh and the company claims a battery life of up to seven days.

Realme had recently launched the Realme TechLife Watch SZ100. The smartwatch was priced at Rs. 2,499 and came in Lake Blue and Magic Grey colour options. The SZ100 also featured a 1.69-inch HD colour display. It was equipped with sensors to enable skin temperature measurement and was rated to deliver up to 12 days of battery life on a single charge.

In March, Realme had also launched the TechLife Watch S100. Its price in India had been set at Rs. 2,499 and it came in Black and Grey colours.

The Watch S100 from Realme also came in an IP68-certified metallic-finish build, had Bluetooth v5.1 connectivity and supported devices running on at least Android 5.0 or iOS 11. The smartwatch packed a 260mAh battery that is rated to deliver up to 12 days of usage on a single charge.