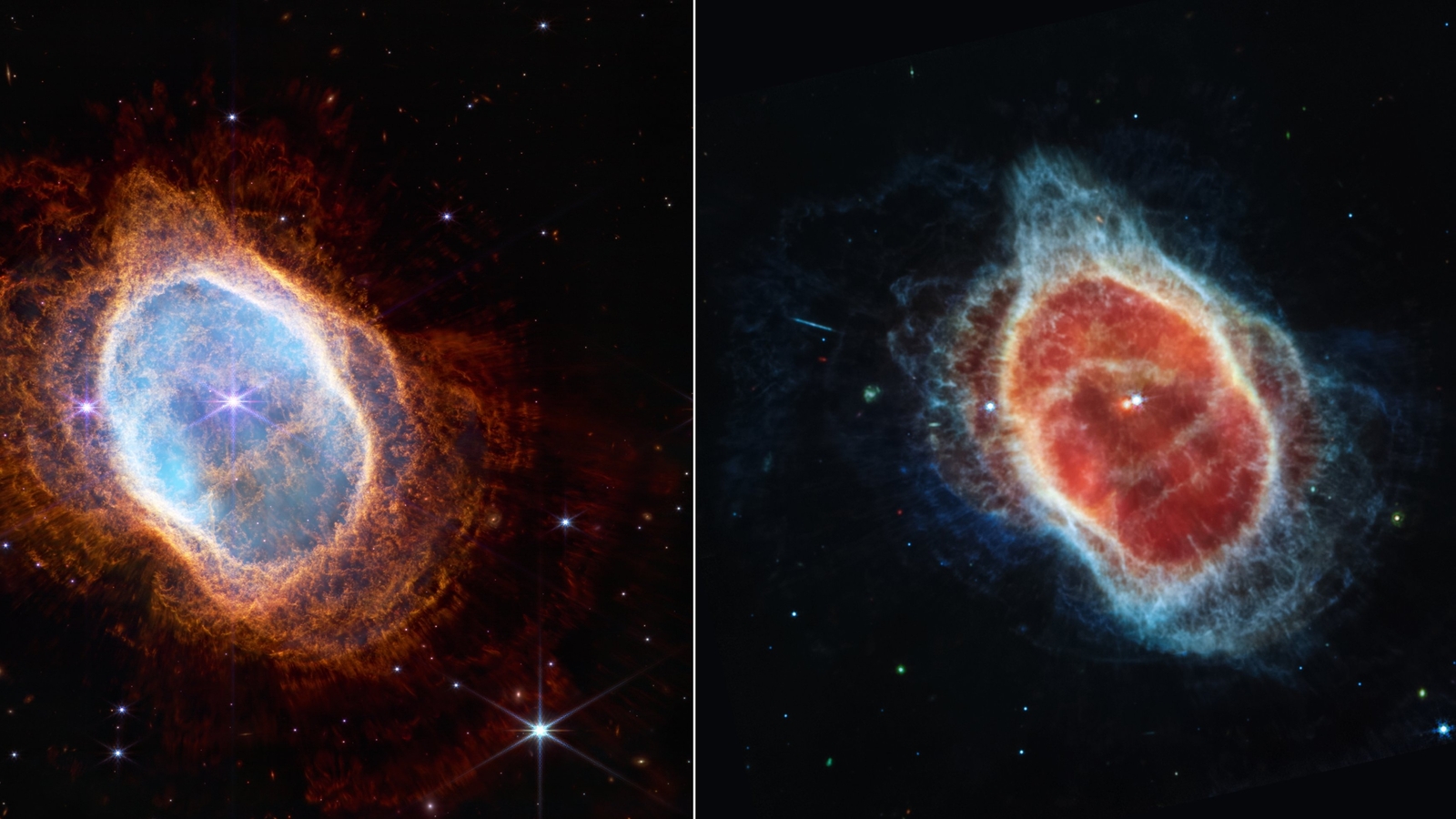 “Every image is a new discovery,” said NASA administrator Bill Nelson. “Each will give humanity a view of the universe that we’ve never seen before.”

On Monday, Webb revealed the clearest image to date of the early universe, going back 13 billion years.

One new image on Tuesday shown water vapor in the atmosphere of a faraway gas planet. The spectroscopy — an analysis of light that reveals detailed information — was of planet WASP-96 b, which was discovered in 2014.

Nearly 1,150 light-years from Earth, WASP-96 b is about half the mass of Jupiter and zips around its star in just 3.4 days.

“We’ve seen the effect of what happens when a planet and its atmosphere passes in front of the star, and the star light filters through the atmosphere, and you can break that down into wavelengths of light,” said NASA’s Knicole Colon.

“So you’re actually seeing bumps and wiggles that indicate the presence of water vapor in the atmosphere of the planet.”

Other targets that will be released include Carina Nebula, a stellar nursery, famous for its towering pillars that include “Mystic Mountain,” a three-light-year-tall cosmic pinnacle captured in an iconic image by Hubble.

One stunning shot released by the White House on Monday was overflowing with thousands of galaxies and features some of the faintest objects observed.

Known as Webb’s First Deep Field, it shows the galaxy cluster SMACS 0723, which acts as a gravitational lens, bending light from more distant galaxies behind it towards the observatory, in a cosmic magnification effect.

Launched in December 2021 from French Guiana on an Ariane 5 rocket, Webb is orbiting the Sun at a distance of a million miles (1.6 million kilometers) from Earth, in a region of space called the second Lagrange point.

Here, it remains in a fixed position relative to the Earth and Sun, with minimal fuel required for course corrections.

A wonder of engineering, the total project cost is estimated at $10 billion, making it one of the most expensive scientific platforms ever built, comparable to the Large Hadron Collider at CERN.

Webb’s primary mirror is over 21 feet (6.5 meters) wide and is made up of 18 gold-coated mirror segments. Like a camera held in one’s hand, the structure must remain as stable as possible to achieve the best shots.

After the first images, astronomers around the globe will get shares of time on the telescope, with projects selected competitively through a process in which applicants and selectors don’t know each other’s identities, to minimize bias.

Thanks to an efficient launch, NASA estimates Webb has enough propellant for a 20-year life, as it works in concert with the Hubble and Spitzer space telescopes to answer fundamental questions about the cosmos.