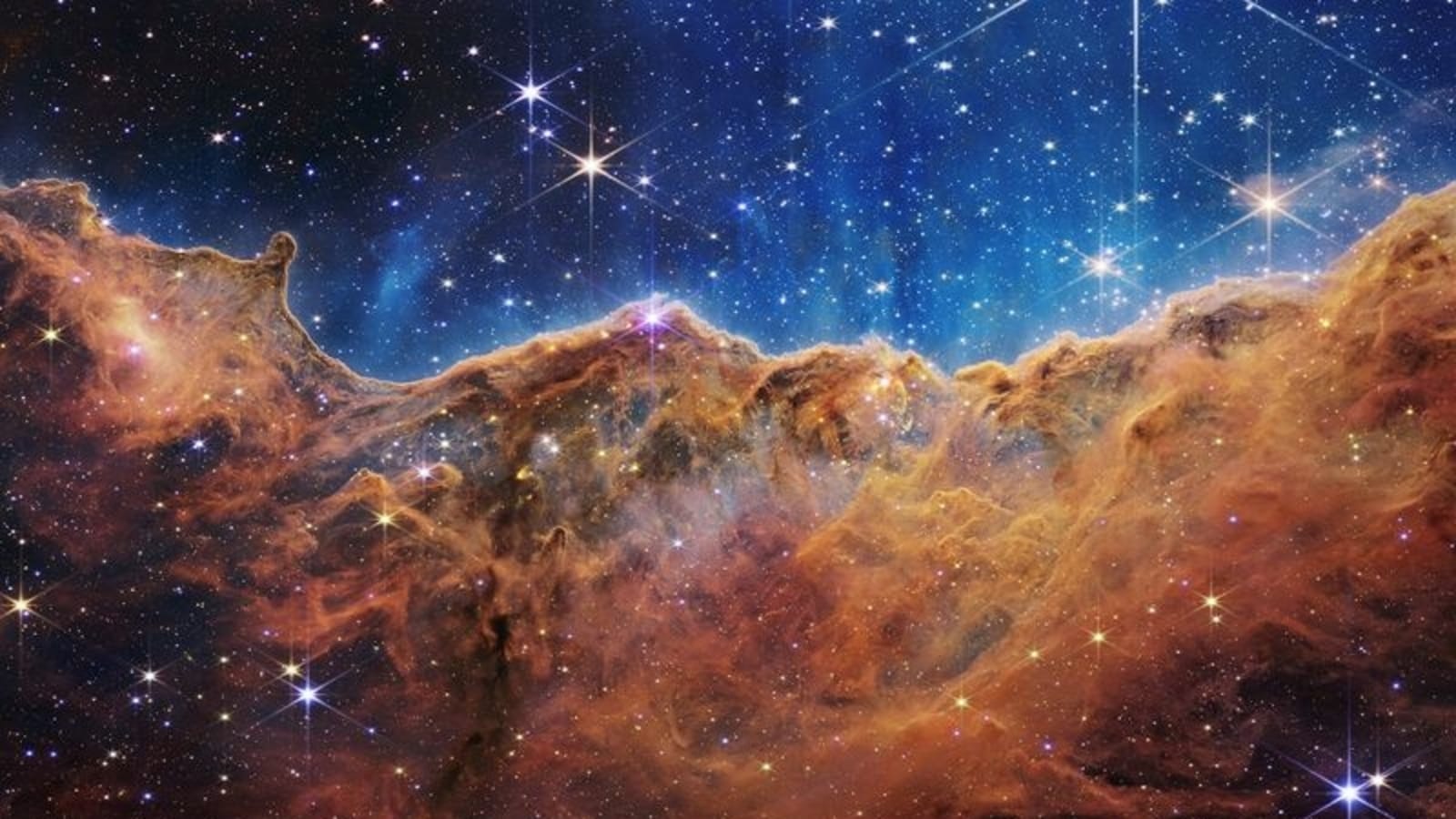 The National Aeronautics and Space Administration (NASA) on Tuesday released a new set of images of the universe from the James Webb Space Telescope, ushering in a new era in astronomy studies. The images, released one by one on its official Twitter handle and on the official website, demonstrated the full power of the $10 billion observatory, which uses infrared cameras to gaze into the distant universe in never seen before clarity.

On Monday, the American space agency had released the clearest image to date of the early universe, going back as old as 13 billion years.

The latest tranche included the “mountains” and “valleys” of a star-forming region called NGC 3324 in the Carina Nebula, dubbed the “Cosmic Cliffs,” 7,600 light years away. The Webb telescope also revealed never-before-seen details of Stephan’s Quintet, a grouping of five galaxies, including four that experience repeated close encounters, which provide insights into how early galaxies formed at the start of the universe.

The telescope also found water vapour in the atmosphere of a faraway gas planet. The spectroscopy — an analysis of light that reveals detailed information — was of planet WASP-96 b, which was discovered in 2014.

How these images are set to change the course of understanding about the universe and the galaxies across the universe:

– The astronomers expect a torrent of knowledge from the James Webb telescope, which has infrared frequencies that are not visible to the human eye, but are extremely rich in information about the building blocks of the universe.

– The telescope will also be a particularly powerful source to look at planets around other stars, Johns-Krull said in an interview.

– It also opens many possibilities of finding a planet that supports life, and knowledge about how galaxies are formed, Johns-Krull also said, in a Bloomberg report.

– With Webb’s observations, researchers will be able to tell us about the makeup and composition of individual galaxies in the early universe for the first time, NASA had said in a statement, released on June 22.

(With inputs from agencies)