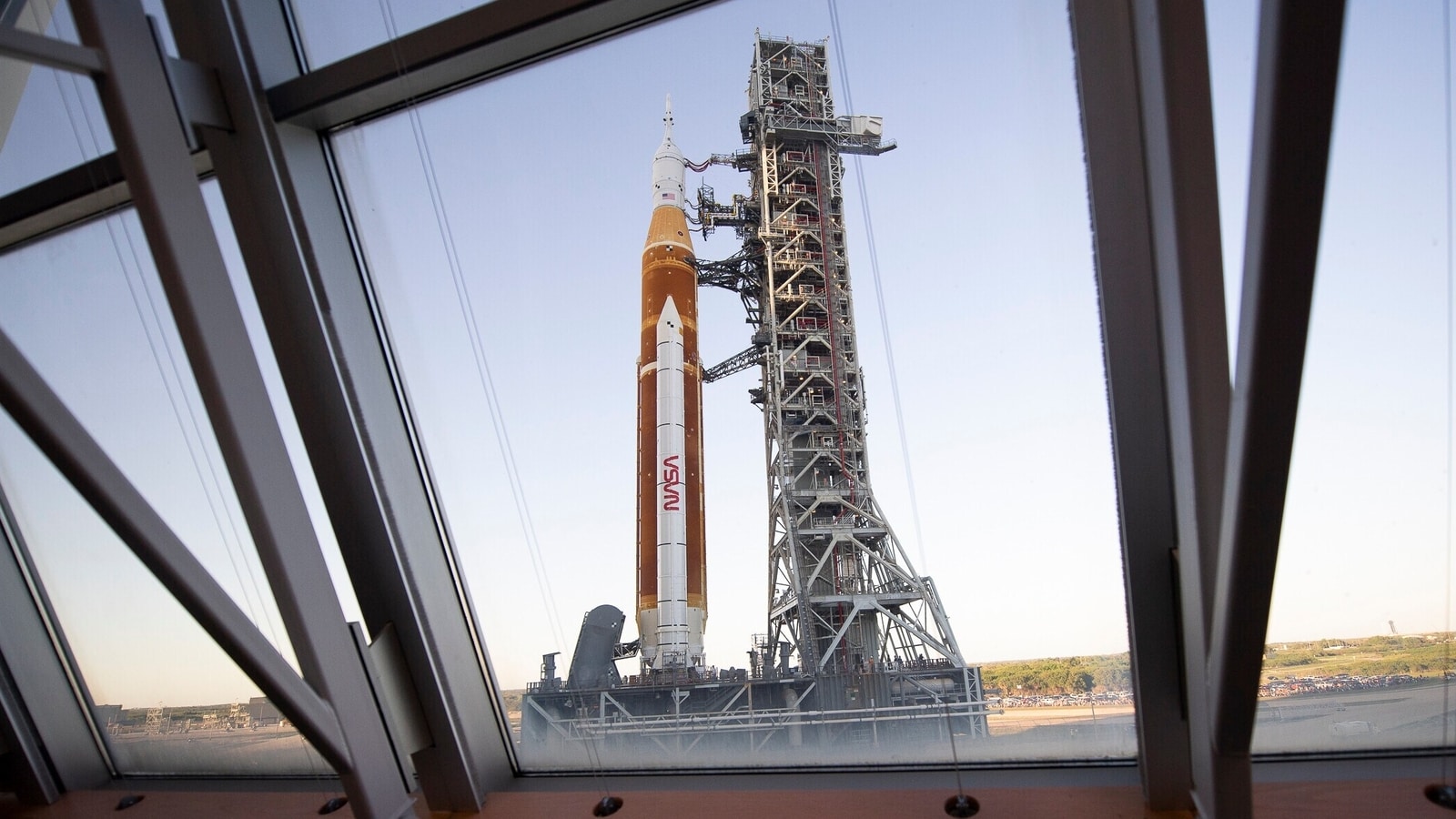 After two failed attempts, NASA on Monday delayed the Artemis 1 Moon rocket launch date for its third attempt from September 23 to September 27. Artemis 1 was scheduled to launch “no earlier than Friday, Sept. 23, at 6:47 a.m. EDT (1047 GMT)” from Launch Complex 39B at NASA’s Kennedy Space Centre in Florida. However, the Artemis 1 moon rocket will now be grounded for at least four more days. Artemis 1 was supposed to be aloft already. After two failed attempts, all eyes will now be on September 27 to see if the third time’s a charm for NASA.

1. NASA first tried launching the mission on August 29 but a problem with one engine caused the space body to postpone the launch of its next-generation rocketship. The mission team soon traced that issue to a faulty temperature sensor and got the SLS and Orion ready for another try on Sept 3.

2. On September 3, NASA made a second attempt to launch the Artemis-1 mission, but it was scrubbed soon after engineers detected leaks on the launch vehicle while loading it with fuel.

3. For its third attempt, NASA had been eyeing Sept 23. But the agency announced in a blog post on Monday that the earlier date is no longer in play and iti is now targeting Sept 27 for the Artemis 1 liftoff.

4. For the September 27 date, a “70-minute launch window opens at 11:37 am EDT (9:07pm IST)” while the mission would end with an ocean splashdown of the Orion capsule on November 5. A potential next date comes on October 2.

5. Over the weekend, Artemis I teams “completed repair work to the area of a hydrogen leak, reconnecting the ground- and rocket-side plates on the quick disconnect for the liquid hydrogen fuel feed line where two seals were replaced last week,” NASA said in its blog post explaining the cause of delay. “This week, teams will conduct tests at ambient conditions to ensure there is a tight bond between the two plates before testing again during the cryogenic tanking demonstration, and begin preparations for the test,” it added.

Non-Earth Like Planets Could Host Life for Billions of Years, Study Suggests

Jio 5G Services to Roll Out Across India by December 2023, Says Mukesh Ambani