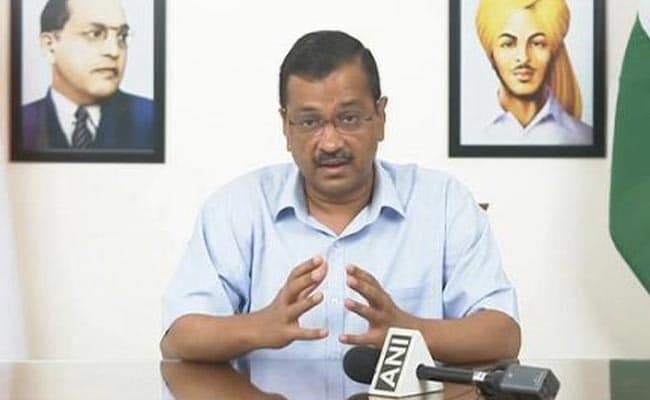 The Delhi Chief Minister said that the Central government has imposed GST on curd, lassi, wheat, rice and other food items, adding that “the British used to do the same.”

“Nowadays, people are upset with inflation. They (Central Government) have imposed GST on curd, lassi, wheat, rice and other food items. The British used to do the same. In Delhi, we tried to give some relief to people from inflation,” said AAP national convenor and Delhi CM Arvind Kejriwal while addressing a press conference virtually to the people of Himachal Pradesh on Monday.

“We provided medical treatment, water, electricity for free in Delhi. We are able to do all this as we have ended corruption. We have not increased any tax. I appeal to the Central Government to withdraw the increased GST. Make AAP government here in Himachal Pradesh and we, in return, will give you relief from inflation,” said Mr Kejriwal.

Further, the AAP national convener said, “AAP is spreading all over the country and hence many problems will come. But you don’t have to worry. We want you to make an honest government in Himachal Pradesh. We should take our state and country forward.”

Meanwhile, earlier in the day, Delhi BJP leaders and workers staged a demonstration near the AAP’s office here over the alleged irregularities in the implementation of the excise policy of the Arvind Kejriwal government. The protesters reportedly assembled at the ITO area in the national capital and tried to march towards the Aam Aadmi Party (AAP) office at DDU Marg but were stopped by police.

Recently, Delhi Lieutenant Governor VK Saxena on Friday recommended a CBI probe into the Delhi Excise Policy 2021-22 over alleged violations of rules and procedural lapses. The LG has found “substantive indications” of “financial quid pro quo” at the “top political level” wherein the excise minister “took and got executed major decisions in violation of the statutory provisions” and notified the Excise Policy that had “huge financial implications”.