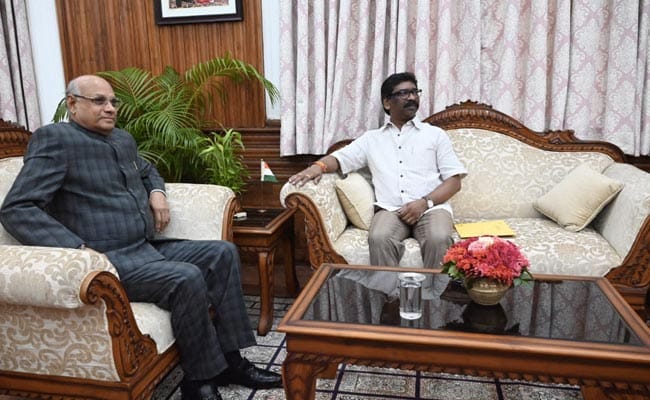 Jharkhand: Hemant Soren, the Chief Minister of Jharkhand, today met Governor Ramesh Bais at the Raj Bhavan in Ranchi. According to the Chief Minister, the meeting was in view of the current political uncertainty prevailing in the state and alleged attempts by the BJP to create confusion.

Mr Soren tweeted: “Meeting Hon’ble Rajpal Shri Ramesh Bais ji at Raj Bhavan today, handed over a letter to remove the uncertainty of unexpected and unfortunate circumstances arising in the state for more than three weeks … the unethical efforts being made by BJP in this state of confusion.”

Earlier this month, Mr Soren won the majority test in Jharkhand assembly with 48 votes in his favour. The ruling coalition has 49 MLAs in the 81-member assembly, in which the majority mark is 41. Mr Soren’s majority test was conducted amid a threat of his disqualification from the assembly over allegations of corruption. He had alleged that the BJP had been trying to topple his government by engineering defections.

The BJP says Hemant Soren must be disqualified as an MLA over allegations that he violated election norms by giving himself a mining lease. The party has called for fresh elections and has demanded that the Chief Minister resign “on moral grounds”.

If Mr Soren is disqualified as an MLA, he cannot continue as Chief Minister. Mr Soren and his party JMM have accused the BJP of trying to take advantage of the crisis and lure MLAs of the ruling coalition to cross over and bring down the elected government.

Over 42 Lakh Deaths Prevented In India By Covid Vaccines In 2021: Lancet Report