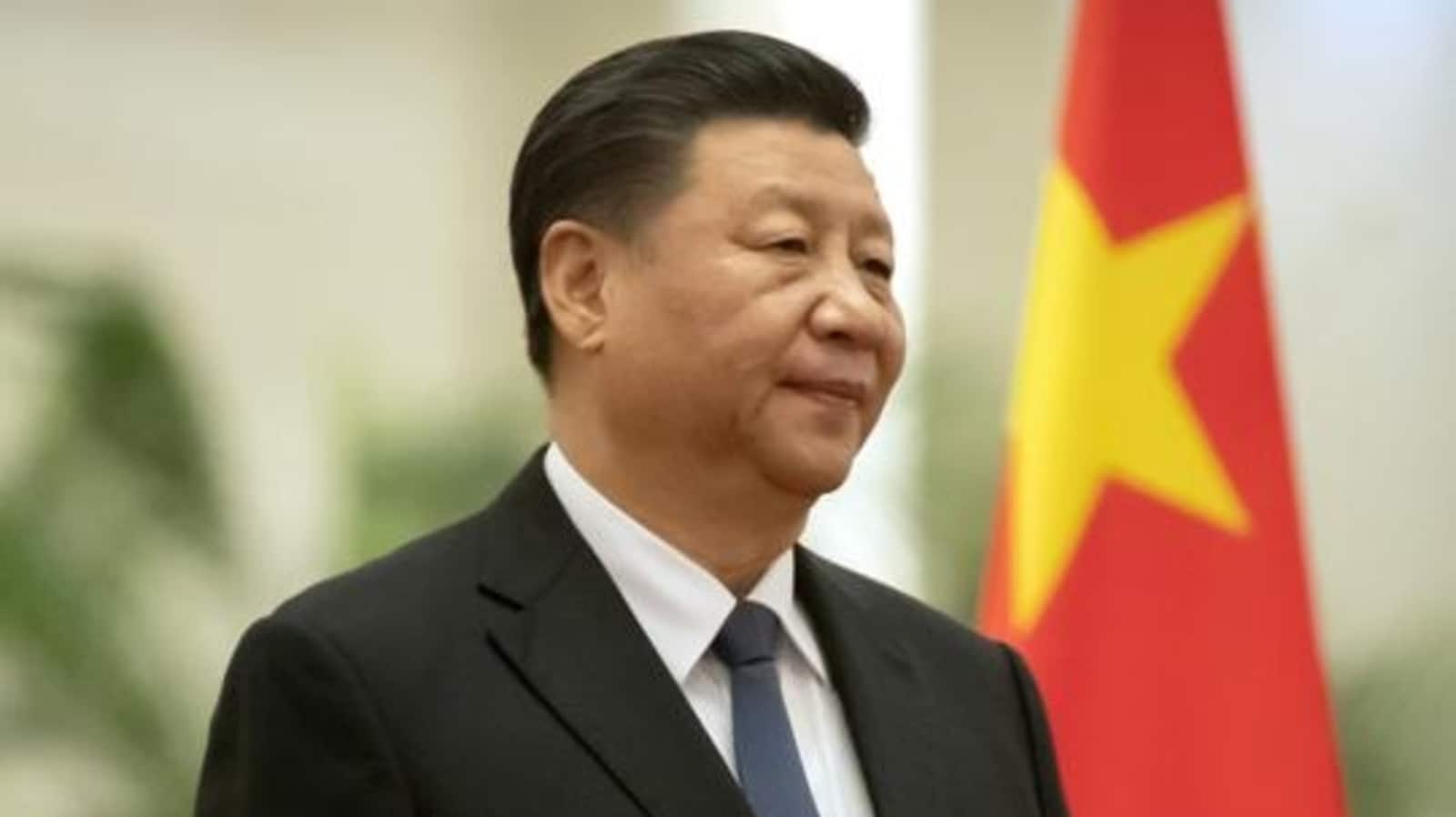 Under Mao Zedong, China’s focus was fully on nuclear weapons. Buoyed by the success in nuclear weapon production, in 1970 Zhou Enlai proposed a turn to nuclear electricity generation. That led to some preliminary work soon after. Serious attempts to design a large Pressurised Reactor (PWR) that require enriched uranium began after the adoption of the ‘reform and opening up’ policy in 1978. In parallel, for quick results, simultaneously China initiated negotiations with France to build two large PWRs. These became operational in 1986. China then ordered more reactors from Canada, Russia and the United States (US). Now, out of a total of about 60 reactors, China has built 40 reactors on its own.

Chinese experts believe China will need 300-500 reactors by 2050, to fulfil the government’s goal of net-zero carbon emissions. This is a five to eight-fold jump from the present. Despite the progress registered so far, the path onward is not easy. This is due to various factors.

Uranium availability: China’s domestic uranium reserves are insufficient even to support the present fleet, over its full life. The ongoing stockpiling of uranium through market purchases and acquisition of uranium mines in many countries since 2006 would still prove inadequate for a large PWR fleet that is foreseen.

Use of plutonium as fuel: A practical solution to the uranium question lies in what is known as ‘closing the fuel cycle’. It calls for recovery of residual uranium and plutonium from the spent fuel discharged by PWRs and use of their mixture (MOX for Mixed Oxides) in the same reactors. This can only reduce uranium requirements by 25%. Recycling plutonium produced in Fast Breeder Reactors (FBR) would enable full utilisation of uranium. China adopted this approach in 1983. China’s progress in building the PWRs is impressive, but success in recovery and reuse of plutonium in PWRs and FBRs has been elusive.

China produced an estimated two tonnes of plutonium for nuclear weapons from small military reactors till mid-1980s, when it ceased. A pilot plant was commissioned in 2006 for plutonium production for civil purposes from the much hotter spent fuel of large PWRs. Designed to produce 500 kg annually, it faced problems in operation. China’s declaration to the International Atomic Energy Agency (IAEA), last filed in December 2016, says just 41 kg is its civil plutonium inventory. No subsequent report appears to have been submitted. About 3,000 kg of plutonium is required for loading one reactor with MOX fuel.

Sustained top-level negotiations over many years to get France to build a large plutonium recovery plant in China did not work out. Most recently, an MoU was signed in the presence of the presidents of the two countries in 2018. There has been no progress since.

Nevertheless, indigenous construction of a plant that could produce two tonnes of plutonium a year, began in 2015 and is expected to be commissioned in 2025. Meanwhile, construction of a second such plant has also begun without waiting for the first one to start functioning. This suggests the urgency being felt for producing plutonium for recycling in PWRs.

Introduction of fast reactors: In parallel, construction began in 2000 of China Experimental Fast Reactor (CEFR), rated to produce 20 MWe of power. It was built by a Russian consortium and began operation in 2010, not with MOX fuel, but Highly Enriched Uranium (HEU) provided by Russia. The reactor underwent commissioning tests for ten years. It was restarted in June 2018. China has not provided information about its status to the IAEA data base since then.

In a bid to get to the fast breeder stage quickly, efforts have continued since 2009 to import a large FBR of Russian design. It did not bear fruit. So, China began construction of a large sodium cooled fast reactor (China Fast Reactor -1) in 2017 on its own. The reactor is of 600 MWe capacity, similar to India’s PFBR. Three years later, work on a second reactor also began at the same site.

Looking to establish capability for manufacture MOX fuel for these reactors, China built a small-scale plant in 2008. However, on account of lack of plutonium all the above fast reactors will be initially fuelled with HEU which Russia has agreed to provide.

It is not unusual to falter at first in attempts to establish a new technology. In China’s case, lack of success so far in plutonium recovery and fast reactor operation comes as a surprise. Especially so, considering its record of plutonium production for nuclear weapons in the past, all on its own and its proven industrial capability in building PWRs. The lack of an imported plant to begin with may well be a reason.

An article published seven years ago in the bulletin of the Chinese Academy of Sciences pointed out that China is a latecomer in nuclear fuel cycle technology and is 25 years behind India in key areas such as MOX fuel manufacturing and Spent Nuclear Fuel Reprocessing.

Thorium utilisation: Like India, China too counts on its modest thorium resource eventually to avoid dependence on uranium. China has begun R&D on reactors fed with a mixture of plutonium and thorium. With molten salt as coolant, this reactor can operate at high enough temperatures which would facilitate hydrogen production from water. To begin with a two MW reactor has just been put into operation with enriched uranium fuel. The lack of plutonium is clearly a serious hurdle for progress in the near future. China hopes to benefit from US experience six decades ago in building a molten salt reactor that was later shut down due to troubles with the structural material.

High level waste management: Plutonium recovery from spent fuel results in production of high-level liquid radioactive wastes. Converting the liquids into unleachable glass blocks, a process known as vitrification, is an established safe solution adopted by many countries. China has been working with teams in Germany since 2009 to learn the technology. In September 2021, the first glass block was produced probably from the military waste, in a small demonstration plant built with German help.

Nuclear power expansion: Adopting a policy of Import, Digest, Absorb and Re-engineer (IDAR), China has established impressive capability for producing enriched uranium and to manufacture all major PWR equipment within the country. Five companies have been set up that can each supply equipment to build two large PWRs every year.

The 60 odd reactors, now in operation and under construction in China, are located at 18 sites. All of these are on the sea coast as it facilitates the use of sea water for condensing steam before it can be pumped back into the reactor. With limited possibilities for identifying newer coastal sites, future reactors would have to be located at inland sites. Dozens of such sites would be needed even if each site can house eight reactors. Winning public acceptance for the inland sites becomes a key requirement.

Notwithstanding the authoritarian nature of the regime, the decade starting from 2007 saw successful street protests in China over dam projects, chemical plants producing paraxylene, GM crops, municipal waste incineration and high-speed railway lines besides nuclear facilities. Some of them to be given up. That included two planned nuclear power projects, one on the coast and the other inland on the Yangtze River bordering two provinces. The protesters at the latter site included a respected scientist who wrote to then premier Wen Jiabao and got a decision to defer not just this project but also the general plans to house future nuclear reactors at inland locations. In two other instances (1) a large plutonium recovery and MOX fuel fabrication plant and (2) enriched uranium fuel production plants for several PWRs in the vicinity were also cancelled following protests. The true test for gaining public acceptance would be when more inland sites are considered as part of nuclear power expansion.

Reactor exports: Meanwhile, China is keen to keep the nuclear industry circles building PWRs in other countries in addition to domestic expansion. Six reactors have been built in Pakistan. An agreement for four more was signed late last year. A report by China National Nuclear Corporation claimed that 30 reactors could be built by 2030 outside China as part of the Belt Road Initiative. China has signed nuclear cooperation agreements with 27 countries offering to build reactors, large and small, for them. Seventeen of these were signed between 2015 and 2017. Several of the countries do not yet have the capability to manage the reactors or even to afford to pay for them. The aim clearly is to establish long-lasting relationships with the recipient countries with greater dependence on China.

China has a record of building PWRs in five years, now the shortest in the world. In principle, it has the ability to add 200 PWRs and also some FBRs by 2060, the year for the planned peak carbon emission. It however depends on success in many fronts.

India has built up a sound base of indigenous expertise for addition of more Heavy Water Reactors and is seen to be way ahead of China in FBR technology. It is in a position to add more reactors of both kinds than on the anvil now. The nation’s announcement at the COP26 last November of a target to reach peak emission by 2050 can be brought within reach by timely support for funds and selection of sites. Placing all new facilities under international safeguards would also allow productive interaction with other countries.

Three Dead in Denmark After Shooting in Copenhagen Mall