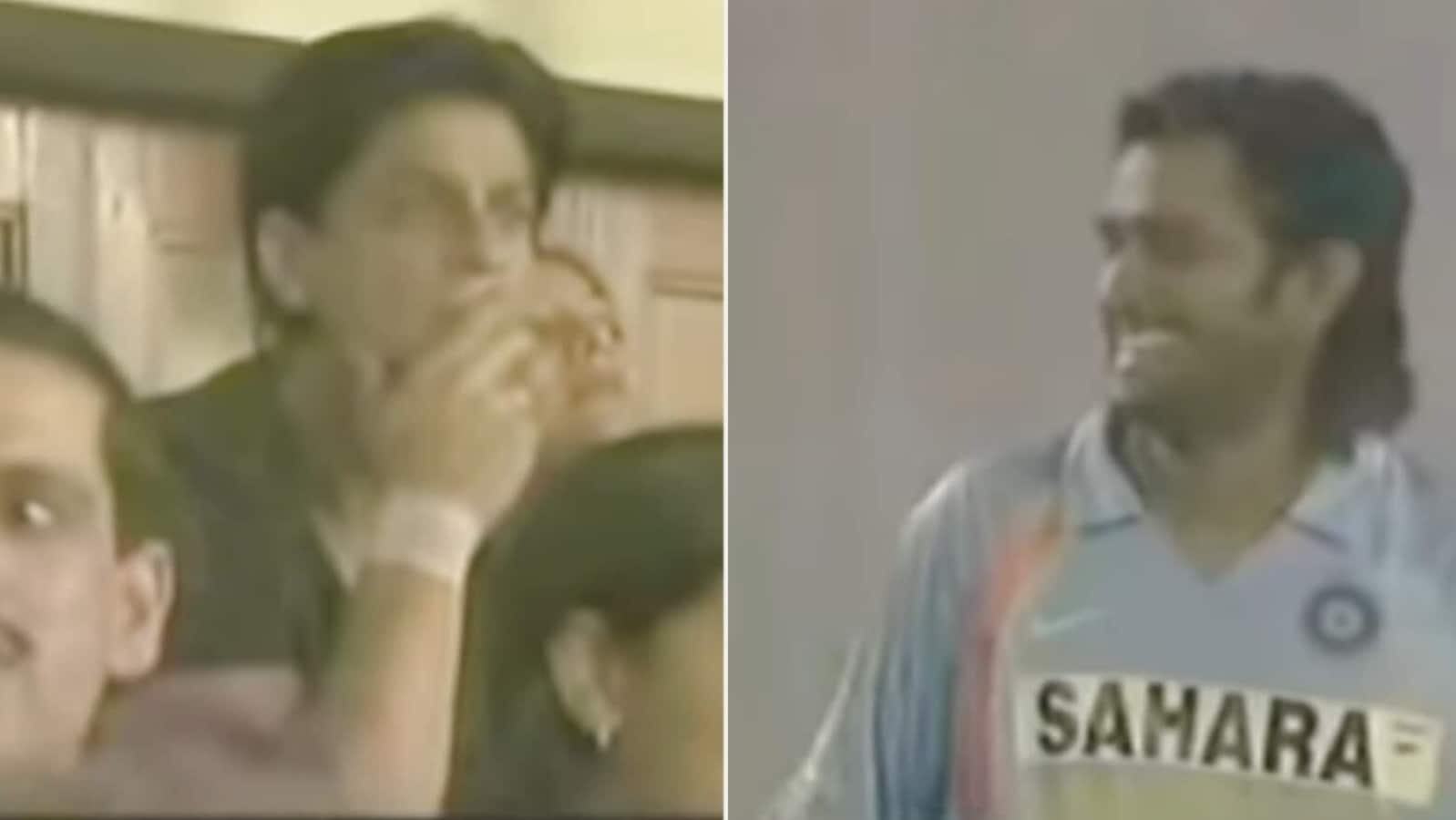 Shah Rukh Khan is an avid cricket fan and is often seen attending cricket matches. In 2007, he once attended the first-ever Twenty20 match played in India, alongside his Om Shanti Om co-star Deepika Padukone and left former captain MS Dhoni surprised. An old video clip from the cricket match has now surfaced on the internet.

In the video, Deepika, dressed in a white outfit, sat next to Shah Rukh during the cricket match against Australia. Shah Rukh, sporting a casual look, in a black t-shirt, is seen blowing kisses toward the camera at Mumbai’s Wankhede stadium. On Noticing Shah Rukh among the audience, MS Dhoni smiled from ear-to-ear, as seen in the throwback footage. He also said ‘Shah Rukh Khan’, telling his team mate about it. At the game, India defeated Australia by seven wickets.

Shah Rukh is the co-owner of the Knight Riders Group with actor Juhi Chawla. He also owns Los Angeles Knight Riders, and the Abu Dhabi Knight Riders. Earlier this year during IPL, the actor’s children, Suhana Khan, Aryan Khan and AbRam were spotted attending the KKR’s matches in Mumbai.

Meanwhile, Shah Rukh has now clocked 30 years at the movies. He is now all set to return to the screen after over four years. He was last seen in the 2018 release Zero alongside Katrina Kaif and Anushka Sharma.

The actor will be next seen in Siddharth Anand’s upcoming film Pathaan. In the film, he will reunite with his co-star Deepika Padukone after Chennai Express. It also has John Abraham in a pivotal role, alongside a cameo appearance of Salman Khan.

The actor is also collaborating with Tamil filmmaker Atlee for his next flick Jawan, releasing in theatres on June 2, 2023. Besides all of these, he also has Rajkumar Hirani’s Dunki with Taapsee Pannu.