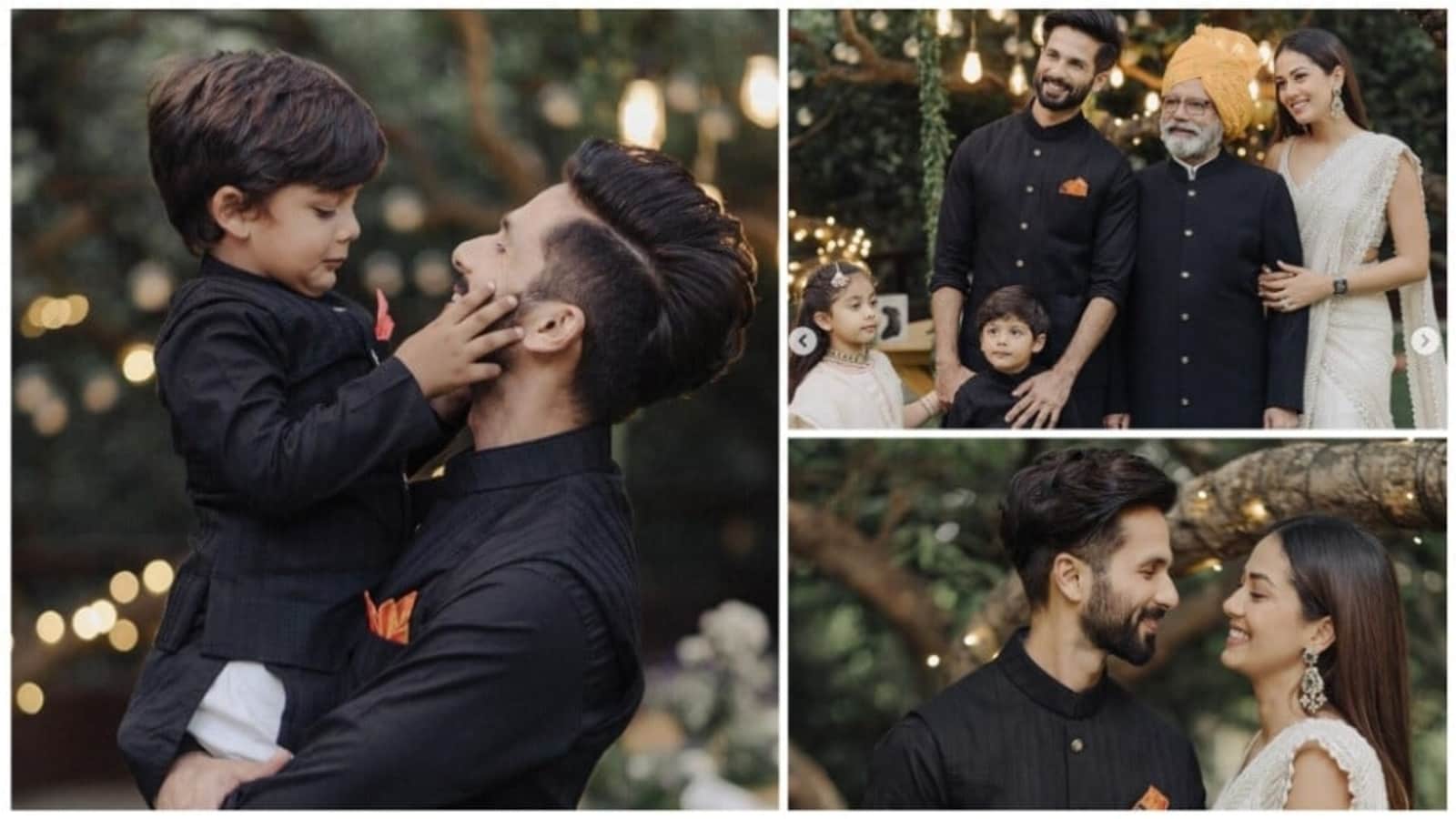 More unseen pictures are in from the April wedding of Pankaj Kapur’s daughter Sanah Kapur. These show Pankaj with his son Shahid Kapoor and his wife Mira Rajput and their kids.

On the wedding anniversary of Shahid Kapoor and Mira Rajput, photographers The Wedding Story shared a wonderful treat for the couple’s fans. They shared pictures from the April wedding of Shahid’s sister Sanah Kapur as they showed Mira and Shahid with his dad Pankaj Kapur and their kids Misha and Zain.

The first photo showed Shahid and Mira looking at each other with big smiles. While he wore a black kurta with white pants, Mira wore a white saree. Zain matched his outfit with dad while Misha looked cute in a cream-white lehenga of her own to match Mira’s outfit. Pankaj also looked happy to be posing with his son’s family in a black sherwani and yellow turban.

Mira and Shahid got married on July 7, 2015. Sharing a message for them, the photo studio wrote in their post’s caption, “Here’s wishing this adorable couple a very Happy Anniversary as they complete seven years of togetherness this July. May your love continue to grow & inspire!” The couple’s fans were impressed with the photos. “That pic of Zain and Shahid,” noted someone specially. “Always my favorite couple,” wrote another.

On their anniversary, Shahid took to his Instagram to share a mushy selfie with Mira and called her a “survivor”. Shahid wrote, “7 down baby. Happy anni you made it through 7 hard long years. You a survivor. You a LEGEND”. Mira also shared an adorable photo with Shahid and wrote, “The love of my life. Happy 7 baby. I love you beyond the itch and back @shahidkapoor”.

Shahid was last seen in Gowtam Tinnanuri’s Jersey with Mrunal Thakur. Next, he has some interesting projects lined up. He will next be seen making an OTT debut, the name of which is yet not revealed. Shahid has also collaborated with the director Ali Abbas Zafar for an action-entertainer film.

R Madhavan reveals why he won’t ‘direct again’ after Rocketry: The Nambi Effect