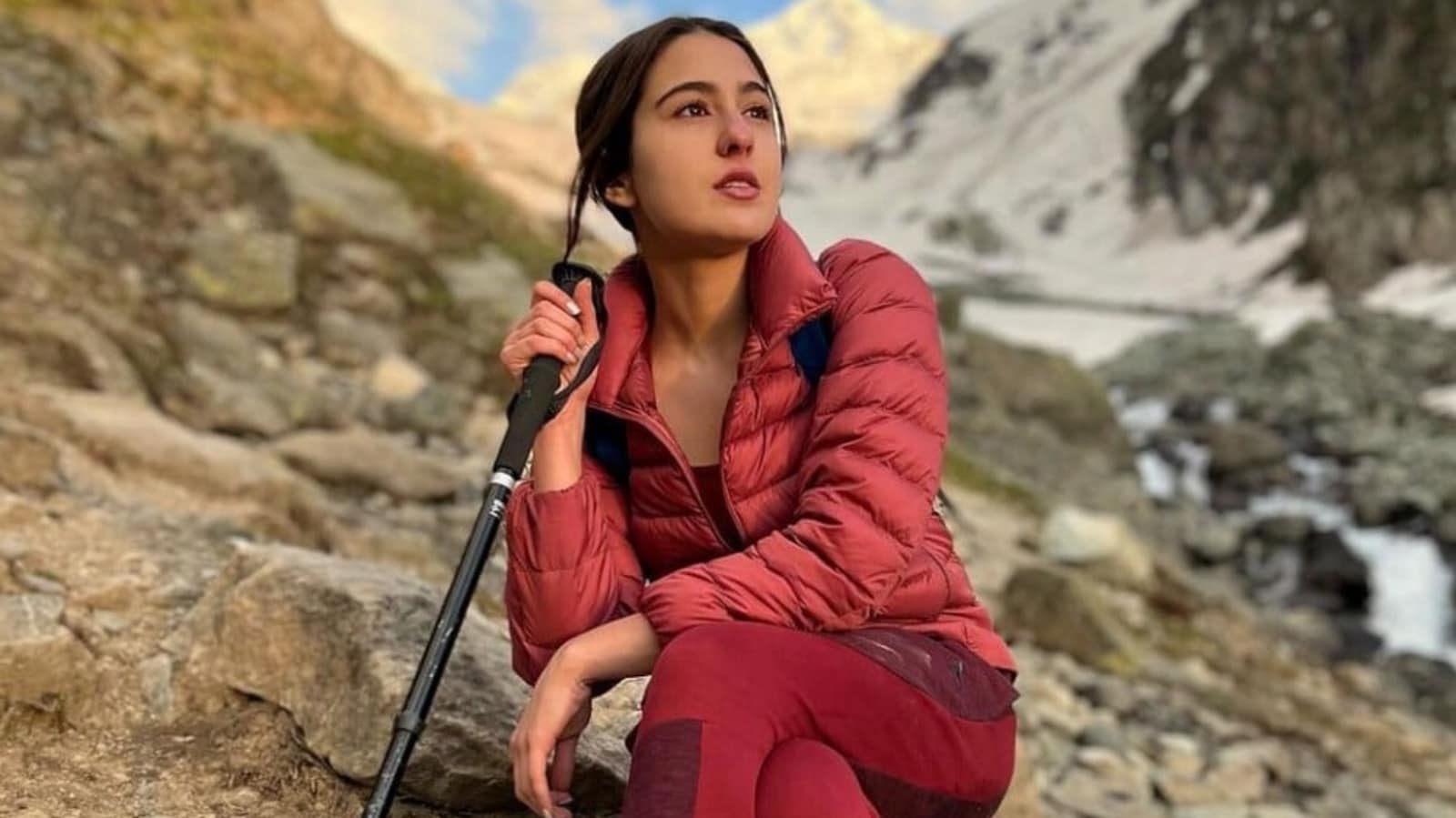 Actor Sara Ali Khan has spoken about how she is ‘constantly evolving’ and ‘surprising herself’ in life. In a new interview, Sara said that she is the same person who visits a temple and also wears bikinis. She also revealed that she ‘hates living away from’ her mother-actor Amrita Singh for over a month while shooting. The actor also recalled her summer vacations with her parents–mother Amrita and father Saif Ali Khan, when they would ‘watch The Broadway’.

Sara also said how she discussed books with Saif. While he recommended her Leo Tolstoy’s Anna Karenina, she had also ‘read a lot of classics’ from Homer’s The Odyssey to Dante’s Inferno when studying at Columbia University. Sara also revealed that when she told Saif about the books, he was intrigued and started reading them.

In an interview with Elle India, Sara said, “Sara Ali Khan is constantly evolving. The girl going to a temple is the same girl wearing bikinis at the beach is the same girl who hates living away from her mother for 45 days while shooting. She will keep surprising you, because she is still surprising herself.”

She also recalled the time she spent with her parents, “Every summer, I used to go with my parents to watch The Broadway and the London Theatre versions of The Lion King. Some might consider me crazy for watching the same play over and over again, but I might go again this week. Growing up, I realised that my father was extremely interested in history. We visited Rome and Florence together and went to every museum in the city. We are both always curious and that’s really all it takes—you should want to know.”

Sara will be next seen in producer Dinesh Vijan and director Laxman Utekar’s next yet-to-be-titled film alongside Vicky Kaushal. Apart from that she also has Pawan Kriplani’s Gaslight with Vikrant Massey and Chitrangada Singh. Sara was last seen in the film Atrangi Re opposite Akshay Kumar and Dhanush.