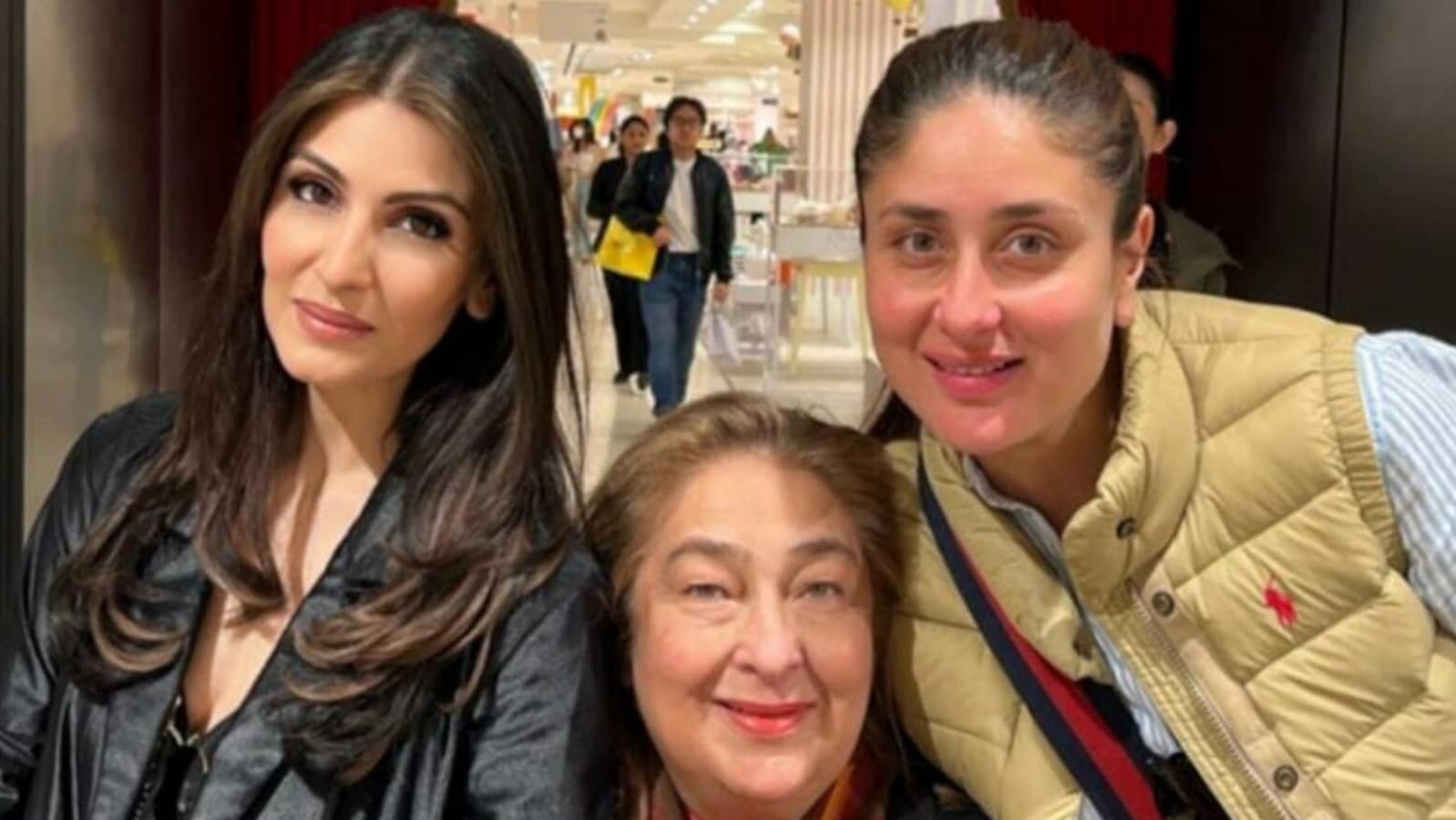 Kareena Kapoor Khan stepped out in a no-makeup look for a family outing in London. She met her cousin Riddhima Kapoor Sahni and their aunt Reema Jain.

As Kareena Kapoor Khan and her family is in London, the Kapoors recently met for a quick get together. On Thursday, Riddhima Kapoor Sahni shared a glimpse of her outing with her cousin Kareena. They were also joined by their aunt, Reema Jain.

In the picture, Kareena debuted in her no-makeup look with her hair tied in a bun. She donned a casual look in a vest over a striped shirt. Next to her was Reema Jain who held both Kareena and Riddhima for the picture. Riddhima appeared in all-black look. Sharing the pictures, she added red heart emojis.

Riddhima Kapoor Sahni is the daughter of Neetu Kapoor and late Rishi Kapoor. She is an entrepreneur and a jewellery designer. She is among the many Bollywood celebrities who are either in London for work or leisure. Riddhima is married to her husband, businessman, Bharat Sahni and was spotted in London with their daughter Samara.

On the other hand, Kareen has also been sharing regular updates from London. From meeting her friends to going out for meals and attending concerts, she appears to be having a great time with Saif Ali Khan and their elder son Taimur Ali Khan. In one of their latest picture, shared by fan accounts, she was spotted posing next to The Big Bang Theory actor Kunal Nayyar and his wife-model Neha Kapur.

Kareena will be next seen in Laal Singh Chadha with Aamir Khan. The film will release on August 11, 2022.