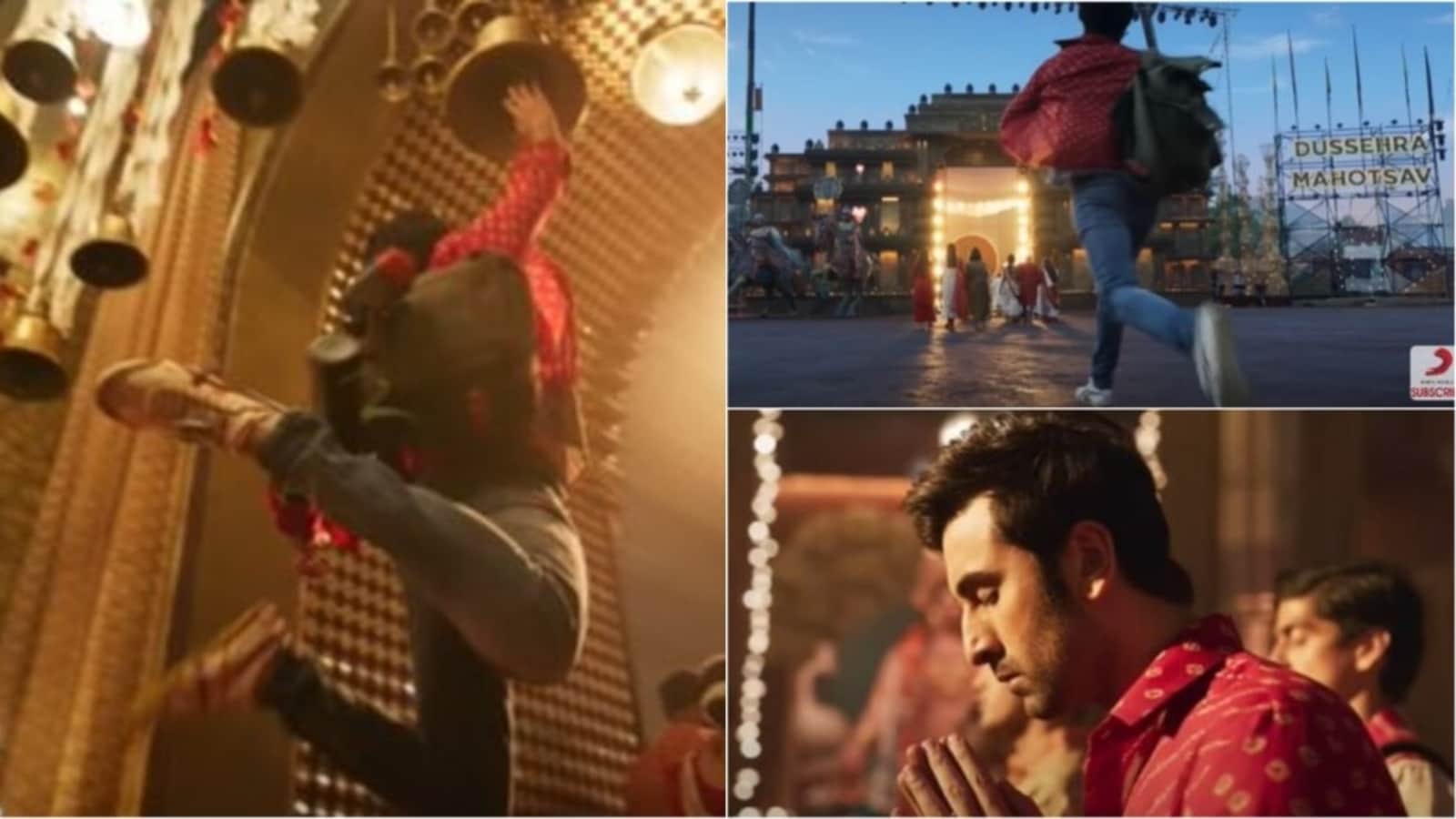 Director Ayan Mukerji issued a statement clarifying a scene in his upcoming film Brahmastra, where actor Ranbir Kapoor wears shoes as he rings a bell. In the Brahmastra trailer, released on Wednesday, Ranbir was seen running towards a decorated venue, outside which ‘Dussehra Mahotsav’ was written. Also seen were a string of bells hung above the entrance door, as he rings one of them before entering the venue.

On Sunday, Ayan announced the trailer of Brahmastra in ‘4K’ on Instagram and penned a long note. He also shared a poster of the film featuring Ranbir. He captioned the post, “Our trailer in 4K! Please click on the link in Bio – for a better, sharper, clearer watch. Two Things to say Today: 1) We got a lot of comments on why we didn’t load our Trailer in 4K. A better resolution is, of course, the better way to see these images we worked so hard to create! So although delayed – Here it is! And… Thank You for the feedback that led to us doing this.”

Ayan also wrote, “2) We had some people in our community, upset because of one shot in our Trailer – Ranbir’s character wearing shoes as he rings a Bell. As the Creator of this film (and a devotee), I wanted to humbly address what happened here. In our movie, Ranbir is not entering a temple, but a Durga Puja Pandal. My own family has been organising a similar kind of Durga Puja Celebration for… 75 years! One, which I have been a part of since my childhood,” he added.

“In my experience, we only take off our shoes, right on the stage where the Goddess is, and not when you enter the Pandal. It is personally important for me to reach out to anyone who may have been upset with this image… because above all, Brahmāstra is created as a movie experience which pays respect to and celebrates – Indian culture, traditions and history. That is at the heart of why I made this movie, so it is very important to me that this feeling, reaches every Indian who is watching Brahmāstra! Okay, that’s all! Happy Sunday from rainy Mumbai!! #brahmastra,” Ayan wrote as he concluded his post.

Brahmastra features Ranbir Kapoor, Alia Bhatt, Amitabh Bachchan, Nagarjuna, and Mouni Roy in the lead roles. Ranbir and Alia will be seen together for the first time in a film. The film is ready to hit the theatres on September 9, 2022, in 2D and 3D.

Amber Heard has ‘world’s most beautiful face’ according to science, says report