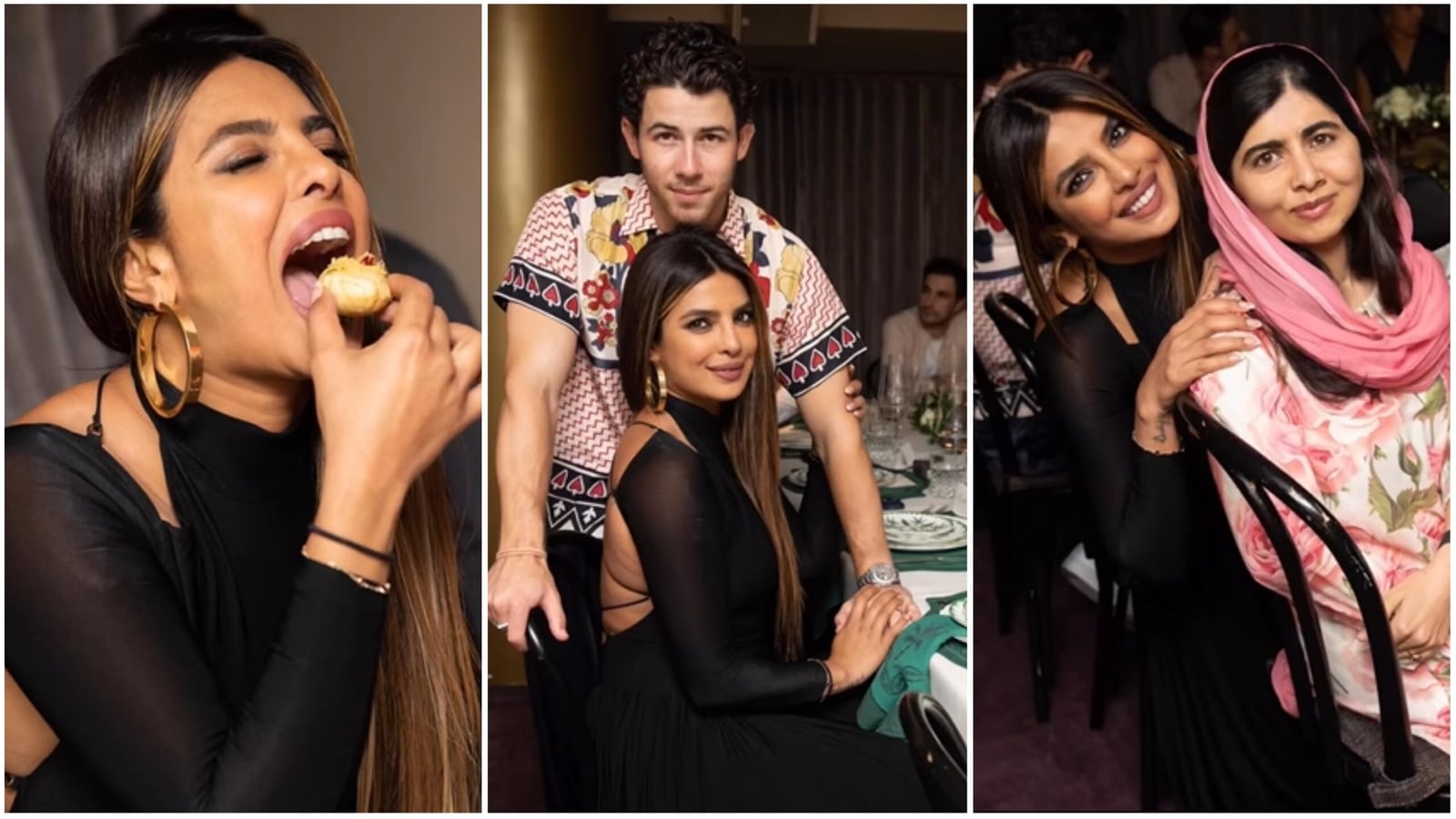 Priyanka Chopra is currently on a power-packed trip to New York. In between attending multiple seminars and spending time with her daughter Malti Marie Chopra Jonas, the actor took out some time to spend with her husband Nick Jonas, and her friends. She hosted a night out for her ‘favourite people’ at her New York City restaurant Sona.

Priyanka Chopra took to her Instagram account on Friday to share pictures from the gathering she hosted on Thursday night. She posted the pictures in form of a carousel video on Instagram Stories that started with a clip that she had previously posted on Thursday. It showed her hopping inside her car and flashing the victory sign as she winked at the camera. She captioned the post, “An NYC night out with some of my favorites.”

The rest of the video featured pictures of Priyanka and her guests as well as some of her restaurant’s aesthetic decor. She relished a ‘golgappa’ in one of the pictures, and posed with Nick Jonas in another. She also posed for a picture with Noble Peace Prize winner Malala Yousafzai. The two had also clicked a picture together when they attended the United Nations conference earlier this week. The cutlery from Priyanka’s homeware line Sona Homes could also be spotted at her well-placed dining table at the restaurant.

Priyanka started her New York trip by addressing the Sustainable Development Goals (SDG) Moment at UNGA as the United Nations began its UN High-Level Week on Monday. She visited her restaurant Sona on a number of occasions. She also attended FC Festival, where she promoted her upcoming television series Citadel with its co-creator, Anthony Russo. She also attended Forbes Philanthropy Summit, as well as a summit about climate change held by Global Citizen.