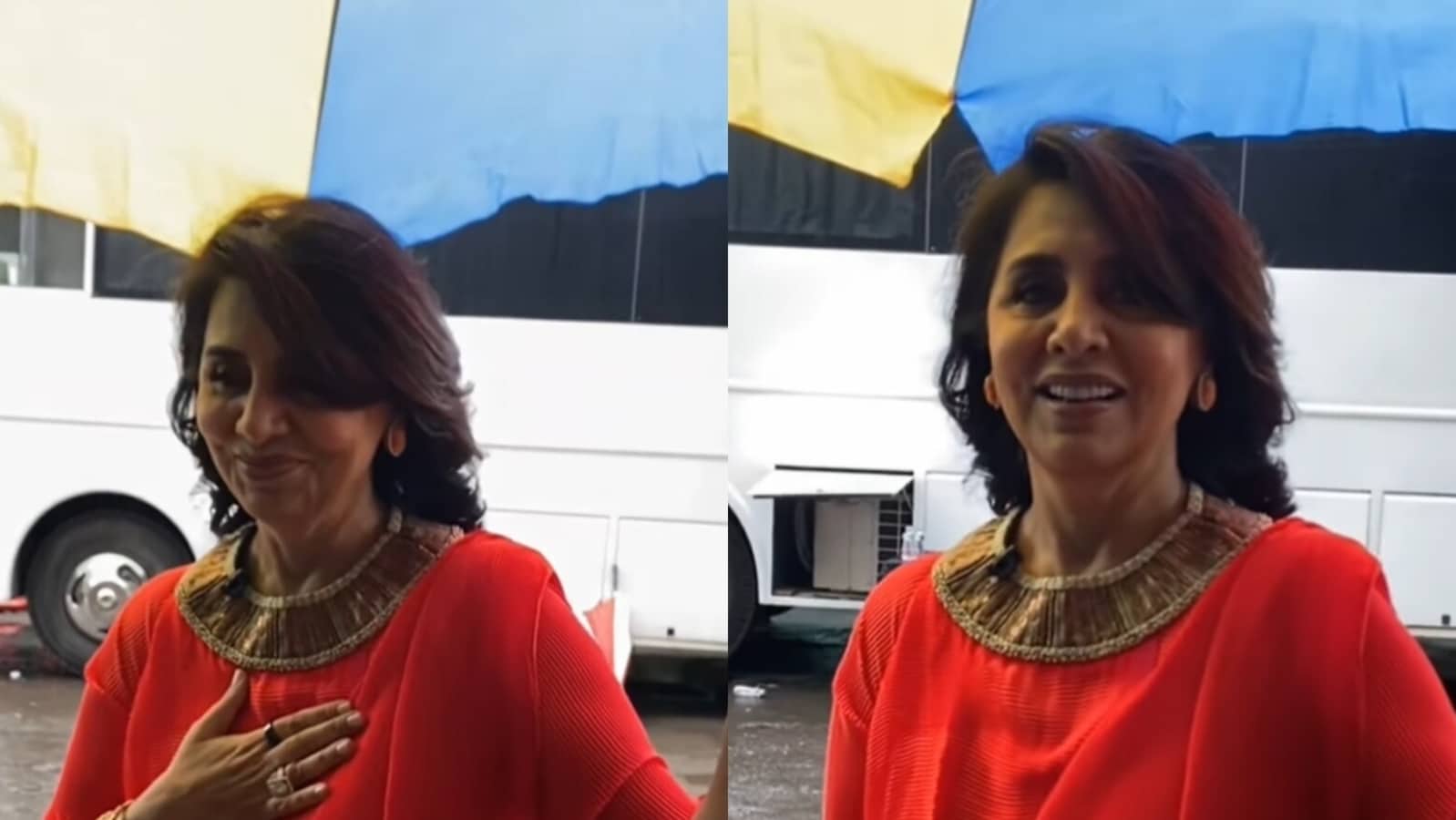 Neetu Kapoor reacted to the news of Ranbir Kapoor and Alia Bhatt expecting their first child on the sets of her upcoming project. On Monday, Neetu was spotted by paparazzi, who congratulated her and said ‘JugJugg Jeeyo’, referring to her new release. Responding to them, she told them, “Pehle Shamshera,” referring to Ranbir’s next film.

In a video shared by a paparazzo account on Monday, Neetu is seen blushing as she responds to the media by saying, “Junior Kapoor on the way.” While she takes a pause before saying anything, she also thanks them for congratulating her. Neetu’s reaction is now grabbing fans’ attention on the internet.

Replying to the video, a fan took to the comment section of the post and wrote, “Apse zyada hum khush hain (We are happier than you.)” “The way she didn’t accept it looks like so kind of promotion for the movie I hope it’s not,” added another fan. “The most cutest dadi…Congratulations,” wrote a fan.

Alia took everyone by surprise on Monday morning after she shared a picture from a hospital on Instagram. It read, “Our baby ….. coming soon.” Featuring Ranbir Kapoor with his back towards the camera, the picture was seemingly taken while Alia underwent an ultrasound. She even added a picture of a lion and lioness with a cub to the post as she announced the news.

Ever since then, congratulatory messages have been pouring in for Alia Bhatt and Ranbir from fans, friends and family. Sharing her reaction to the news, Alia’s mother, actor, Soni Razdan told Hindustan Times that she is happy for the couple. “We are overjoyed and overwhelmed. Words really don’t do justice to this moment,” she said.

Soni Razdan added, “I am just so so happy for Ranbir and Alia and for all of us. There is nothing greater or more profound in this world than bringing another life into it.” Ranbir and Alia tied the knot in April this year.