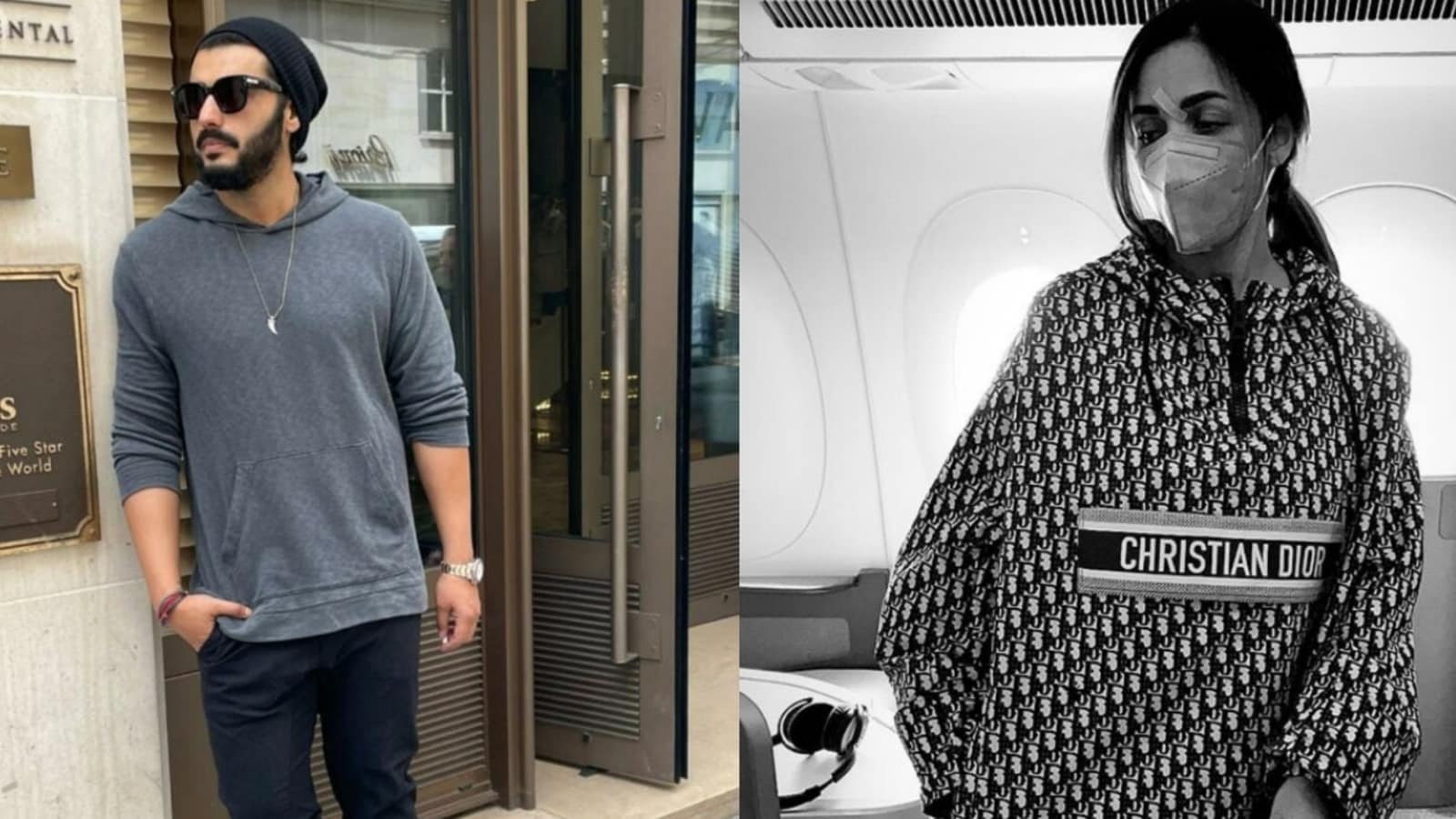 Malaika Arora and Arjun Kapoor have reached Paris ahead of the Bhoot Police actor’s birthday. Arjun will turn 37 on Sunday. Keeping their fans updated about their romantic getaway, the couple has now shared glimpses of their first pitstop in the city of love. They have also clicked pictures of each other and shared them on Instagram stories.

Going by Malaika’s posts, she stopped by Café De Flore in Paris. She later shared a picture of Arjun in a grey hoodie and pants as he posed on the streets. Tagging him, she called him ‘skinny’ as Arjun recently opened up about his battle with obesity.

Reacting to Malaika’s photography skills, Arjun responded saying, “She’s finally mastered the art of taking good pictures…”. Meanwhile, Arjun has also dropped a few glimpses of their first day in France. One of them features Malaika sitting in a room.

On Thursday night, Malaika and Arjun were spotted together at the Mumbai airport. They were jetting off to Paris. For their airport look, while Malaika donned a Christian Dior short dress, Arjun came wearing a blue tee and black denim, paired with a black jacket. Later Arjun had shared a picture of a sleepy Malaika from their flight to the destination. In the picture, Malaika was spotted with a bandaid on her forehead.

Malaika and Arjun are dating for quite some time now. In 2019, Malaika made her relationship with Arjun official on Instagram by sharing a birthday message for him along with a picture of them together. They ringed in his birthday in the US together. Her post read, “Happy bday my crazy, insanely funny and amazing @arjunkapoor…love and happiness always.”

Talking about their relationship, Malaika had told Bombay Times earlier this year in May that she wants a future with Arjun. “The most essential part is if we know we want a future together. If you are in a relationship where you are still figuring things out and saying, ‘Oh, I don’t know’… that’s not where I stand in my relationship. It’s sacred and important to me. I feel we are at a place where we’re thinking of the where-next and what-next parts. We discuss things a lot. We’re on the same plane, with similar thoughts and ideas. We really get each other,” she said.

When Yash Chopra shared how he almost became an engineer | Bollywood