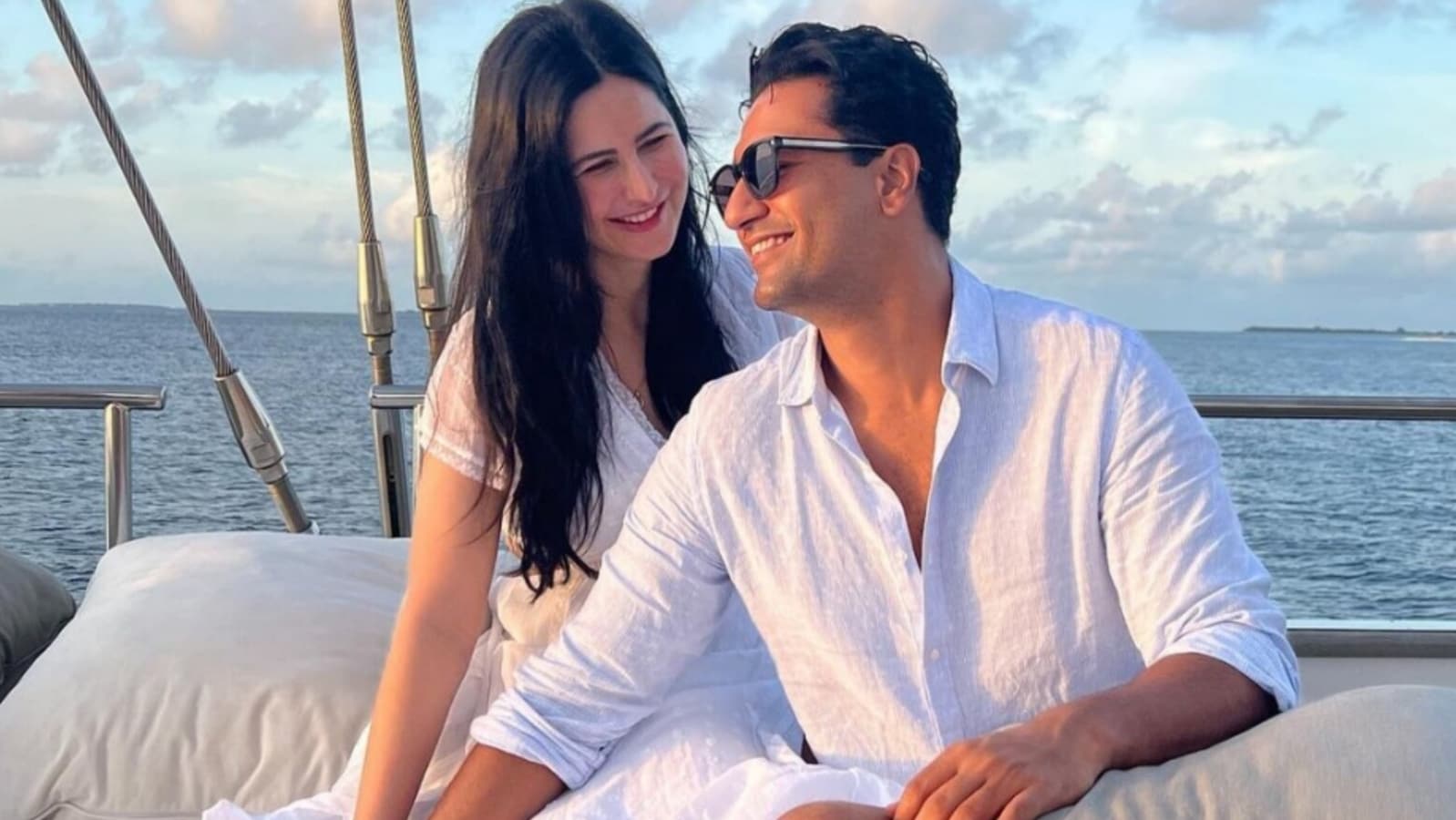 Actor Vicky Kaushal finally shared a glimpse of himself with wife Katrina on social media. The couple took off to the Maldives with friends and family members. They celebrated Katrina’s 39th birthday at her favourite destination.

In the picture, Katrina Kaif and Vicky candidly laughed with each other on a yacht. While Katrina wore a white dress, Vicky opted for a matching look in a white shirt. Clicked during the golden hour, Vicky held Katrina’s hand as both shared a precious moment. The actor didn’t disclose the location.

Sharing the picture, Vicky captioned it with an infinity sign in the caption. Reacting to the picture, Farah Khan wrote in the comments, “bless” with heart emojis. Neha Dhupia also reacted soon after. A fan wrote, “A wonderful couple.” “OMG (oh my god) the long wait is over,” commented someone else.

Earlier, Katrina and her friends shared pictures from the Maldives, which featured her hanging out with Vicky, sister Isabelle Kaif, brother-in-law Sunny Kaushal and his rumoured girlfriend Sharvari Wagh among others. Their friends – actors Angira Dhar and Ileana D’Cruz – were also seen in the pictures along with Mini Mathur.

Sharing a sneak peek from her birthday, Katrina wrote, “Birthday wala din (The day of my birthday).” Vicky had also shared a picture of Katrina clicked from a beach on his Instagram handle. It read, “Baar baar din yeh aaye… baar baar dil yeh gaaye (May this day come again and again, and may I sing this song again). Happy Birthday my love!!!”

Katrina will be next seen in the horror-comedy Phone Booth, which also stars Ishaan Khatter and Siddhant Chaturvedi. Directed by Gurmmeet Singh, the film will release on November 4. She also has Salman Khan starrer-Tiger 3 and Merry Christmas with Vijay Sethupathi.

Vicky, on the other hand, will be next seen in Sam Bahadur. He also has untitled films with directors Laxman Utekar and Anand Tiwari respectively. He is also a part of Shashank Khaitan’s comedy film, Govinda Naam Mera.