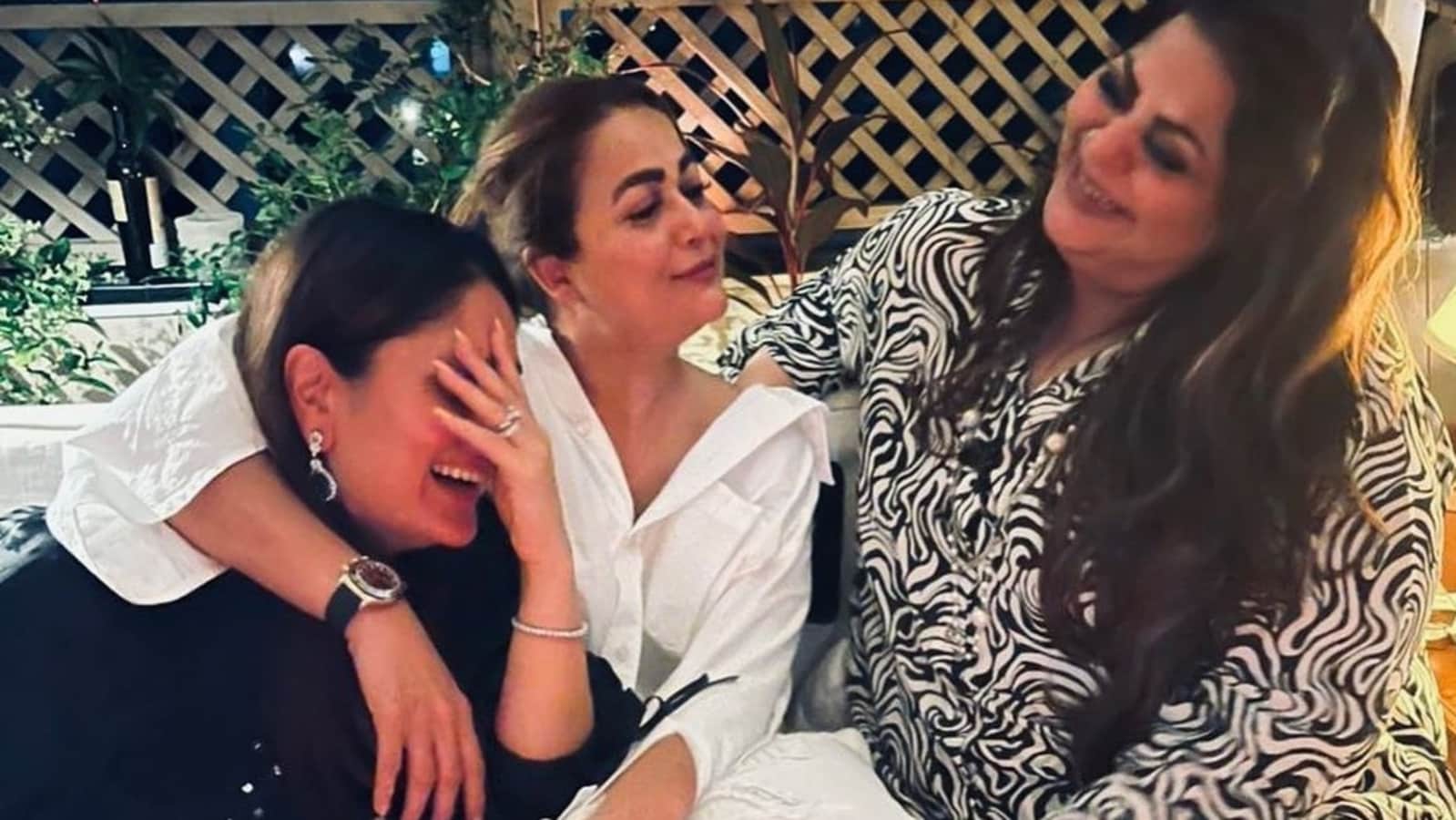 Actor Kareena Kapoor turned 42 on September 21. She celebrated her birthday with actor-husband Saif Ali Khan and their sons Taimur Ali Khan and Jehangir Ali Khan during the day, and later hosted a party for her friends and family. Many celebrities, like Karisma Kapoor and Maheep Kapoor, shared pictures from the festivities that took place at Kareena’s house on Wednesday. Now, Kareena has shared an unseen photo of herself from the bash, which also features her best friend, Amrita Arora.

Taking to Instagram on Saturday, Kareena shared a photo of herself laughing as she sat besides Amrita Arora and their friend, makeup artist Mallika Bhat. While Kareena covered her face with her hand, Amrita appeared to be pouting and sharing a joke as she kept an arm around Kareena’s shoulder. Along with a photo of the trio, Kareena wrote in the caption of her post, “As we all know laughter is the best medicine… Nothing like a warm giggle with your BFFs.”

Many celebs reacted on Kareena’s photo. Actor-sister Karisma and filmmaker Zoya Akhtar left heart emojis. Amrita commented, “I love you.” Many fans also reacted to the actor’s photo with her friends. Some commented ‘cute’ on her post, while many others left laughing emojis.

Earlier, many celebs had shared inside pictures from Kareena’s birthday bash that was attended by her closest friends and family, including TV personality Malaika Arora, actor-cousin Ranbir Kapoor, actor Alia Bhatt, filmmaker Karan Johar, actor-couple Soha Ali Khan and Kunal Kemmu, and many others.

Fashion designer Manish Malhotra, who is close friend of Kareena’s, was the first one to share pictures from the party on Instagram. In one of the photos, Kareena was seen pouting with Karisma, Karan Johar and Manish. In another picture, she could be seen posing with Maheep. Actor Sanjay Kapoor also shared pictures from the party and wrote, “Beautiful home. Beautiful people.” Maheep too had shared a clip from Kareena’s party.

During the day, Kareena had celebrated her birthday with family. She and husband Saif were pictured at her father Randhir Kapoor’s house. Karisma had also joined them.