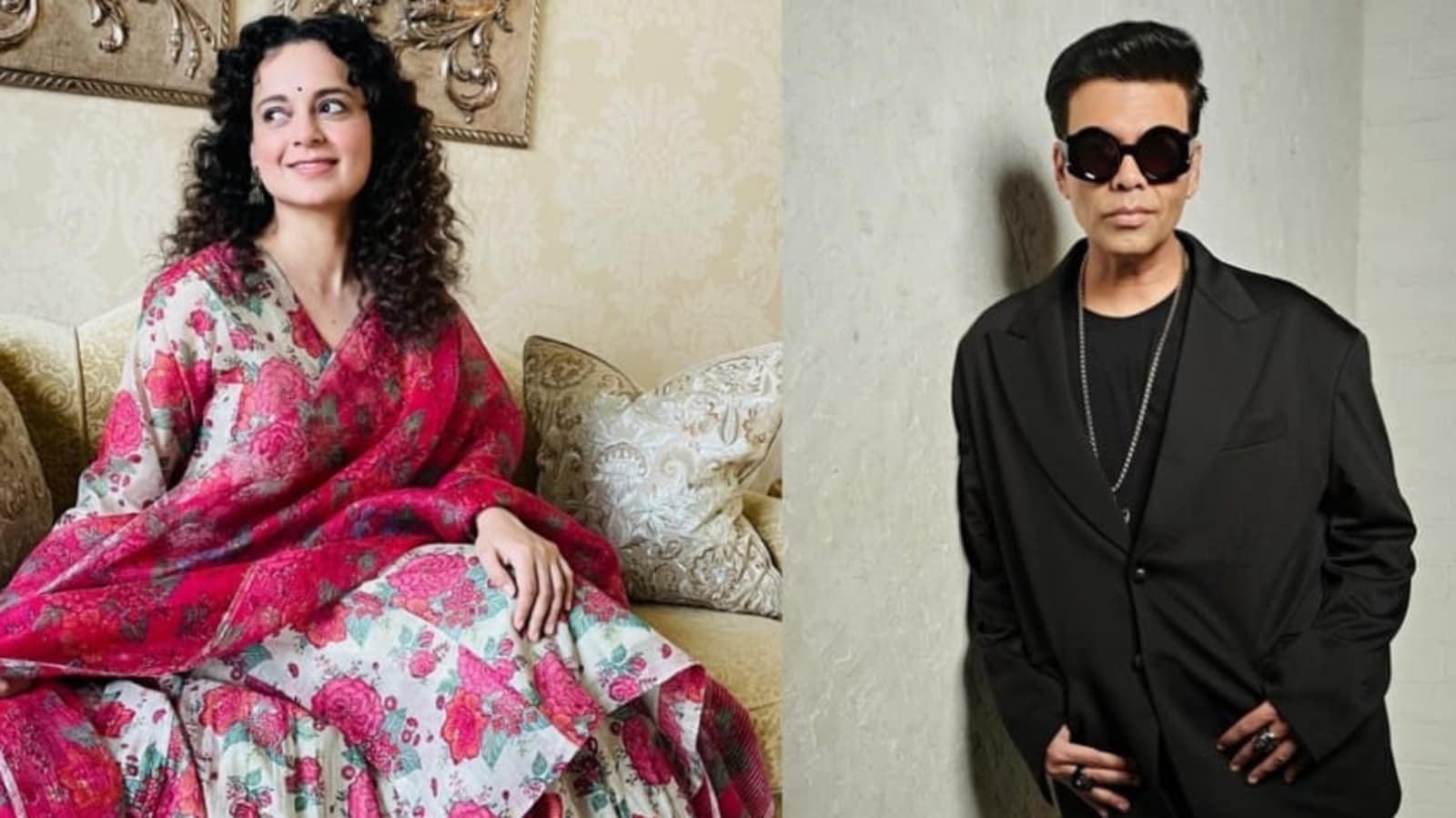 A day after filmmaker Vivek Agnihotri tweeted about reports that said Ayan Mukerji’s Brahmastra had ‘beaten’ his film, The Kashmir Files, at the box office, actor Kangana Ranaut shared his tweet and took a dig at filmmaker Karan Johar. Brahmastra has been backed by Karan. On Tuesday, Kangana took to Instagram Stories and wrote, “The audacity to belittle The Kashmir Files, a film made on Hindu genocide (and) also trying to ride on its success. The Kashmir Files was made in ₹10 crore…”

Kangana further targeted Karan, whom she has called ‘movie mafia’ many times in the past. She continued to write in her note, “Now, according to mafia minions, Karan Johar film has beaten it (The Kashmir Files) brutally… Karan Johar ji aap kya cheeze ho yaar (what are you, Karan Johar).” Kangana added a laughing emoji to her note. Vivek had written in his original tweet on Monday, which Kangana reacted to, “Hahahaha. I don’t know how did they beat #TheKashmirFiles…with sticks, rods, hockey… or AK47 or stones… Or with paid PR and influencers? Let Bollywood films compete with each other. Leave us alone. I am not in that dumb race. Thanks.”

Kangana Ranaut shared another tweet about Brahmastra box office and post Covid-19 pandemic ‘verdict model’ on her Instagram Stories on Tuesday. Kangana wrote along with laughing emojis, “Post pandemic verdict model, especially invented for Karan Johar films… BTW (by the way) Thugs of Hindustan (2018) earned around ₹280 crore worldwide gross and its budget was also around ₹280 crore… Lekin (but) they didn’t spend on PR machinery. Nahi toh (otherwise) with the new KJo (Karan Johar) models, no film will ever flop.” She added the hashtag ‘just saying’.

According to film trade sources, Brahmastra earned ₹17 crore on Sunday, over its second weekend. Starring Ranbir Kapoor and Alia Bhatt, the film with its overall nett domestic collection crossed ₹200 crore and the ₹350 crore mark worldwide. Earlier too, Kangana had questioned the box office collections of the Ayan Mukerji directorial and said that a budget of ₹650 crore cannot be called a hit after earning ₹246 crore in a few days.

Raveena Tandon takes on ‘trolls’ questioning her privilege: Until 1991, I…