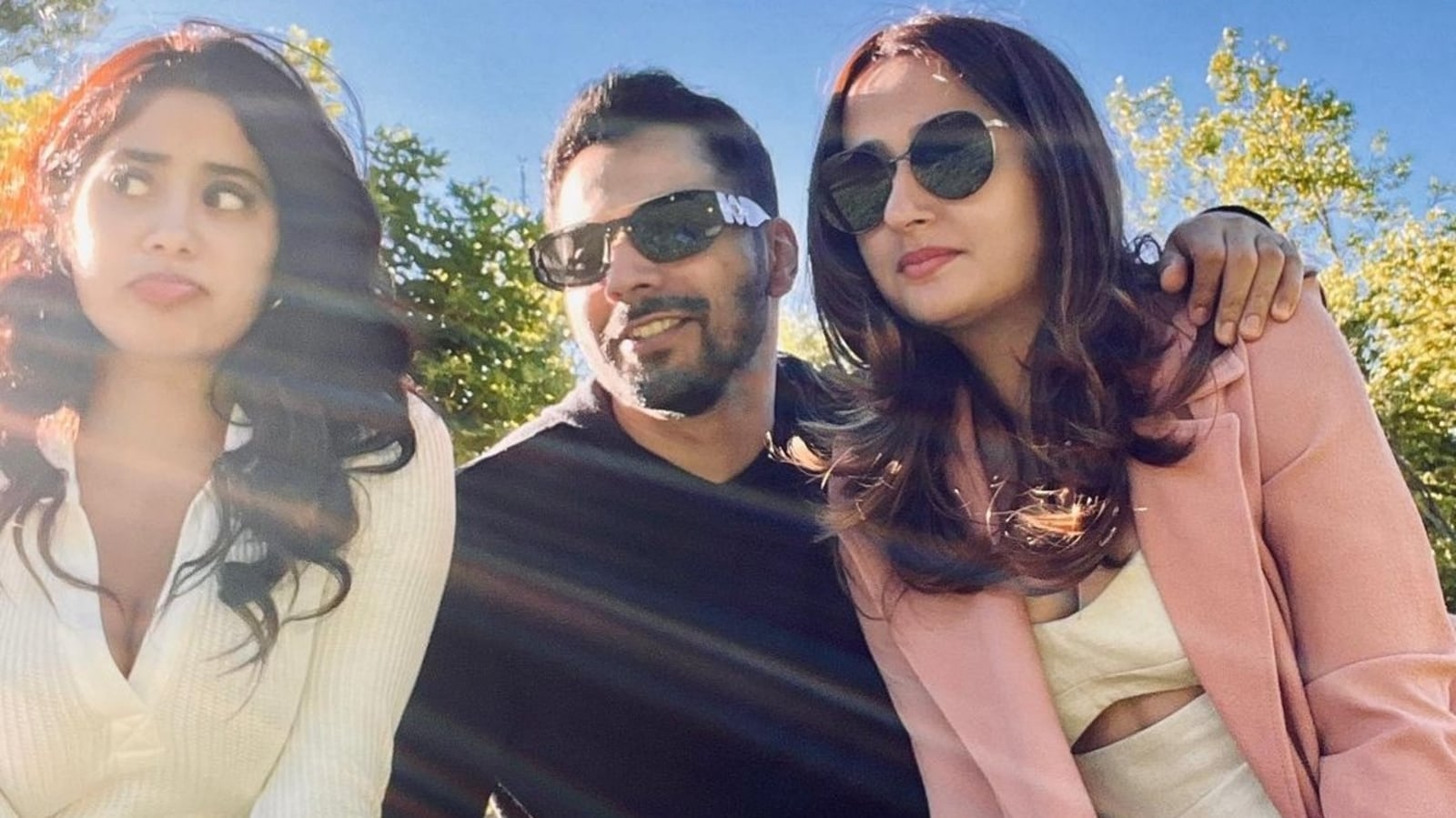 Actors Janhvi Kapoor and Varun Dhawan are filming for their film Bawaal in Poland. Janhvi has shared a picture featuring the trio on her Instagram handle.

Actor Janhvi Kapoor is currently shooting for her upcoming film Bawaal in Poland with actor Varun Dhawan. On Wednesday, Janhvi shared a bunch of pictures and in one of them she was seen posing with Varun and his wife Natasha Dalal. Janhvi and Varun wrapped up the Amsterdam schedule of the film on Tuesday.

Posting the photos, Janhvi wrote, “Your #1 third wheel.” In the first few photos, Janhvi posed for the camera from a beautiful location and in another pictures she captured the scenic views of Amsterdam. In one picture, she is seen sitting with a sad face, with Varun Dhawan and his wife Natasha.

Pointing out her picture with Natasha and Varun, one fan said, “You look so awkward in that picture haha.” Another one wrote, “Le Janhvi thinking how to romance in film in front of his wife.” Many fans dropped heart emojis in the comments section of the post.

On Tuesday, Janhvi announced that she has completed the Amsterdam schedule of her upcoming movie Bawaal on Instagram. Directed by Nitesh Tiwari and backed by producer Sajid Nadiadwala’s banner Nadiadwala Grandson Entertainment, the film is said to be a love story. The film went on floors in April in Lucknow, Uttar Pradesh. It is slated to hit the theatres on April 7, 2023.

Janhvi made her Bollywood debut with Dhadak, alongside Ishaan Khatter. Apart from Bawaal, she has a slew of projects lined up for release. She will be seen next in Mili, backed by her father Boney Kapoor. Janhvi finished shooting for the film last year. The survival thriller, directed by Mathukutty Xavier, is the remake of the 2019 Malayalam film Helen. Mathukutty had also directed the original movie. The film will also star actors Manoj Pahwa and Sunny Kaushal.

Apart from Mili, Janhvi also has Mr And Mrs Mahi opposite actor Rajkummar Rao and Sidharth Sengupta’s Good Luck Jerry in the pipeline. She will soon be seen in an upcoming episode of Koffee With Karan Season 7.