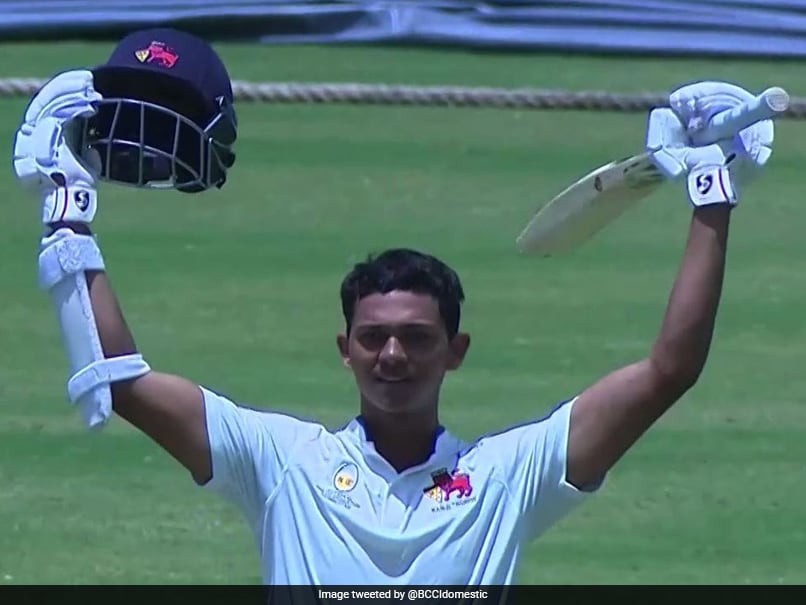 Domestic giants Mumbai completed the formality of qualifying for the Ranji Trophy final by virtue of first-innings lead on the final day of their last-four match against Uttar Pradesh, on Saturday. The 41-time champions, Mumbai thoroughly dominated from the first ball of the game, which ended in a draw, at the Just Cricket Academy ground.

Mumbai had posted 393 in their first innings and then bundled out Uttar Pradesh for a meager 180, to gain a massive first-innings lead.

When the play ended on the fourth day on Friday, Mumbai had piled up a mammoth 449 for 4 in their second essay, courtesy hundreds by Yashasvi Jaiswal and Armaan Jaffer.

At stumps of Day 4, Mumbai took an overall lead of 662 runs, making it amply clear that there was only one result possible from the match.

On Saturday, play began after lunch due to wet outfield, and overnight batters Sarfaraz Khan and Shams Mulani continued to torment the UP bowlers.

Both Sarfaraz (59 not out) and Mulani (51 not out) completed their half-centuries, after which both the captains decided to shake hands.

Mumbai posted 533 for 4 in their second essay.

Mumbai will meet Madhya Pradesh in the final, which will be played at the M Chinnaswamy Stadium from June 22.

The final will be a battle between two former Mumbai players Amol Mazumdar and Chandrakant Pandit, who are coaches of Mumbai and MP respectively.

(This story has not been edited by NewsTime365 staff and is auto-generated from a syndicated feed.)