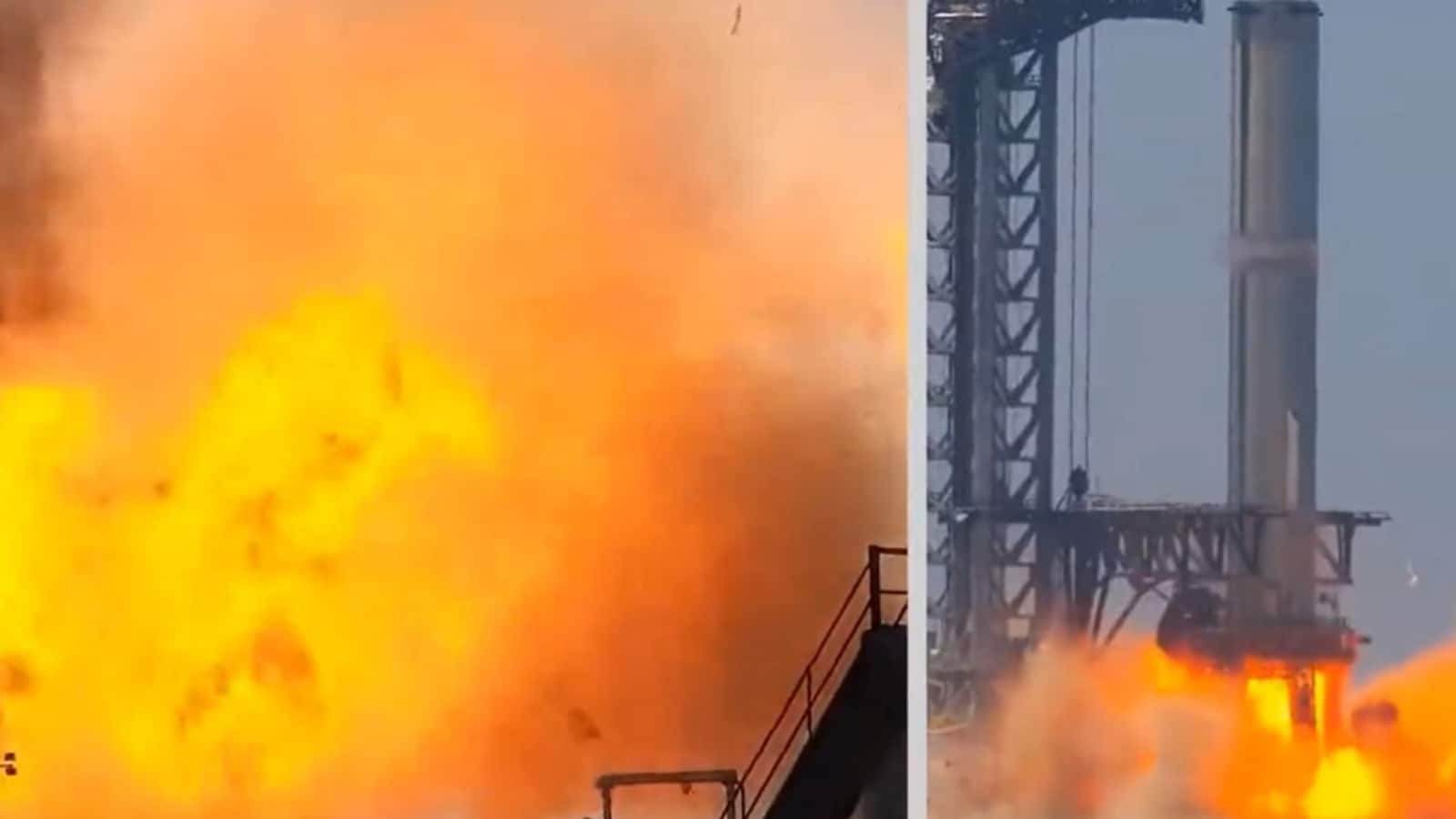 A prototype of a booster rocket by Elon Musk’s SpaceX went up in flames in the United States during ground-test firing on Monday in Boca Chica, Texas, in what is being viewed as a setback for Musk’s aim of launching the next-generation Starship spacecraft to orbit this year.

The explosion of Booster 7 – a prototype of Super Heavy for SpaceX’s next-gen Starship deep-space transportation system – was severe and unexpected. In videos widely circulated on social media, the rocket can be seen preparing for launch and then suddenly engulfed in a ball of flame from its base.

“Yeah, actually not good. Team is assessing damage,” Musk said on Twitter, replying to a video clip from the livestream recorded by the website NASA Spaceflight.

Heavy smoke was seen and the video camera appeared to shake, which Musk said “was specific to the engine spin start test”. The booster remained standing upright, bolted to a test gantry afterward.

“Base of the vehicle seems ok by flashlight. I was just out there about an hour ago. We shut down the pad for the night for safety. Will know more in the morning,” Musk said on Twitter, in response to questions about the engine.

“Going forward, we won’t do a spin start test with all 33 engines at once,” the tech billionaire said.

There were no immediate reports of injuries.

The failure came in the midst of a days-long static fire test campaign in Boca Chica, Texas, of the booster, equipped with an array of 33 Raptor engines for use in an upcoming crewless orbital test flight SpaceX hoped to launch this year.

Between late 2020 and early 2021, SpaceX has lost four prototypes of the Starship in a series of high-altitude tests, all of them ending up in explosions during the return landings. The Starship prototype ultimately made a safe touchdown in May 2021.

SpaceX’s complete Starship, which will stand 394 feet (120 meters) tall when mated with its super-heavy first-stage booster, is the company’s next-generation launch vehicle at the center of Musk’s ambitions to make human space travel more affordable and routine.

(With inputs from Reuters)

Early human ancestors may be a million yrs older than previously thought: Study

NASA spacecraft to crash into an asteroid on purpose. Here’s why