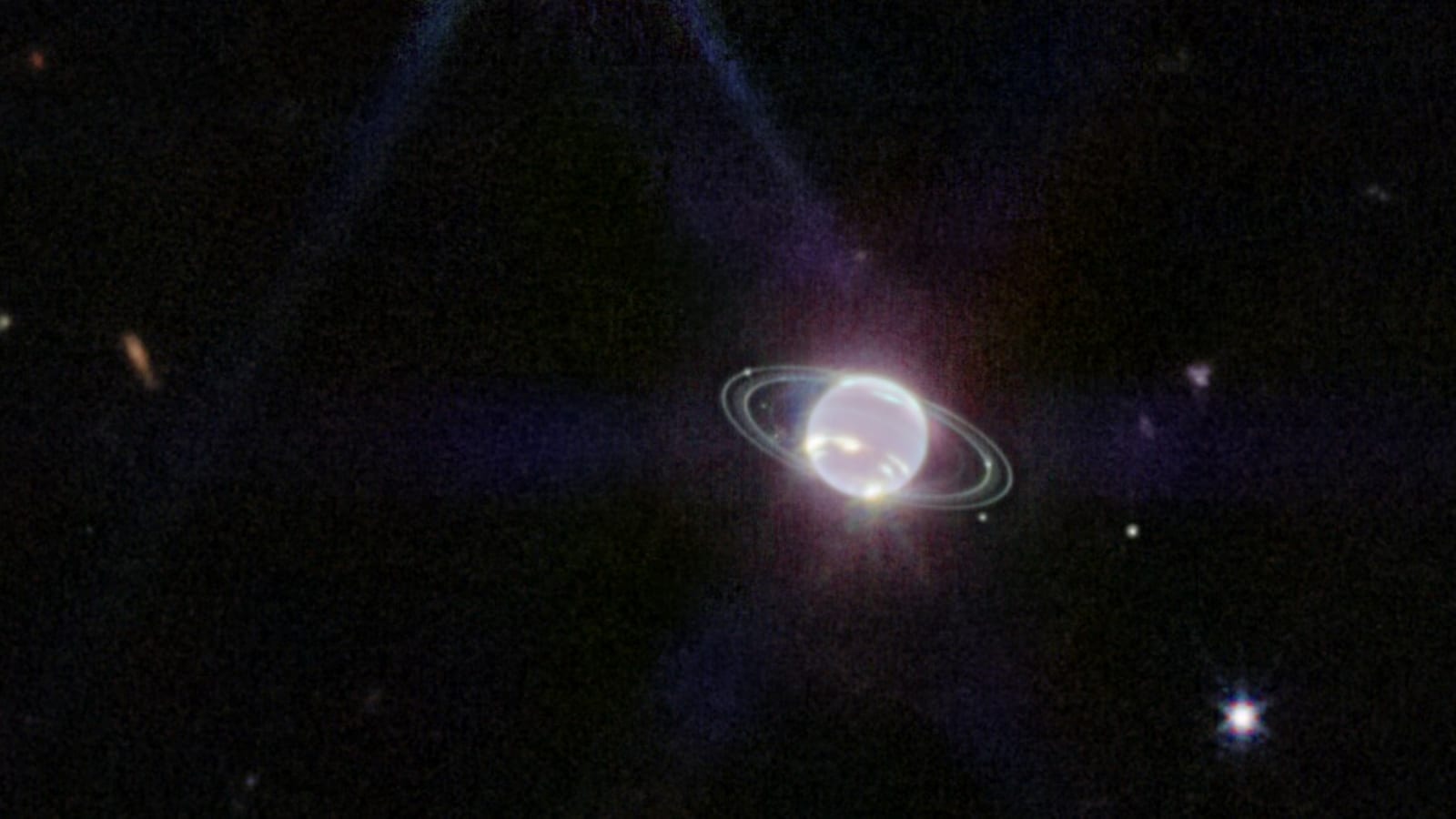 In yet another demonstration of its impressive capabilities, the US space agency National Aeronautics and Space Administration (NASA)’s James Webb Space Telescope has now captured the clearest view of Neptune rings after over 30 years. “Webb’s cameras reveal the ice giant in a whole new light… In addition to several bright, narrow rings, the Webb image clearly shows Neptune’s fainter dust bands,” Nasa stated in its official blog post on Wednesday .

Why is this image so significant?

The image taken by Webb Telescope is exemplary as it shows the clearest view of Neptune’s rings after over three decades. In 1989, Nasa’s Voyager 2 became the first spacecraft to capture the image of Neptune.

Sent by the space agency to investigate the outer planets of our solar system, Voyager 2 passed about 4,950 kilometres above Neptune’s north pole. Even after 45 years of launch, Voyager 2 is still navigating away from Earth.

This latest image brings more clarity and reveals features which went undetected even by Voyager 2. The Webb’s remarkably stable and precise image quality enables these very faint, dusty rings to be observed so close to Neptune. It is also the first time we are looking at Neptune’s rings in infrared light.

Where is the signature blue colour of Neptune?

Earlier, the Hubble space telescope revealed Neptune’s signature blue appearance. However, Neptune does not show up blue to Webb.

Neptune has a methane-rich atmosphere. Neptune’s blue colour results from the absorption of red light by methane, coupled with the same Rayleigh-scattering process that causes the Earth’s sky blue.

But Webb’s telescope does not operate in the visible light spectrum. Its Near-Infrared Camera (NIRCam) works in the near-infrared range from 0.6 to 5 microns. The methane gas present on Neptune so strongly absorbs red and infrared light that the planet is quite dark at these near-infrared wavelengths, except where high-altitude clouds are present.

The James Webb Space Telescope is a space science observatory led by NASA with its partners, the European Space Agency and the Canadian Space Agency. The mission’s objectives are to investigate the secrets of our solar system, distant planets orbiting other stars, and the mysterious origins and structures of the cosmos and how we fit into it.