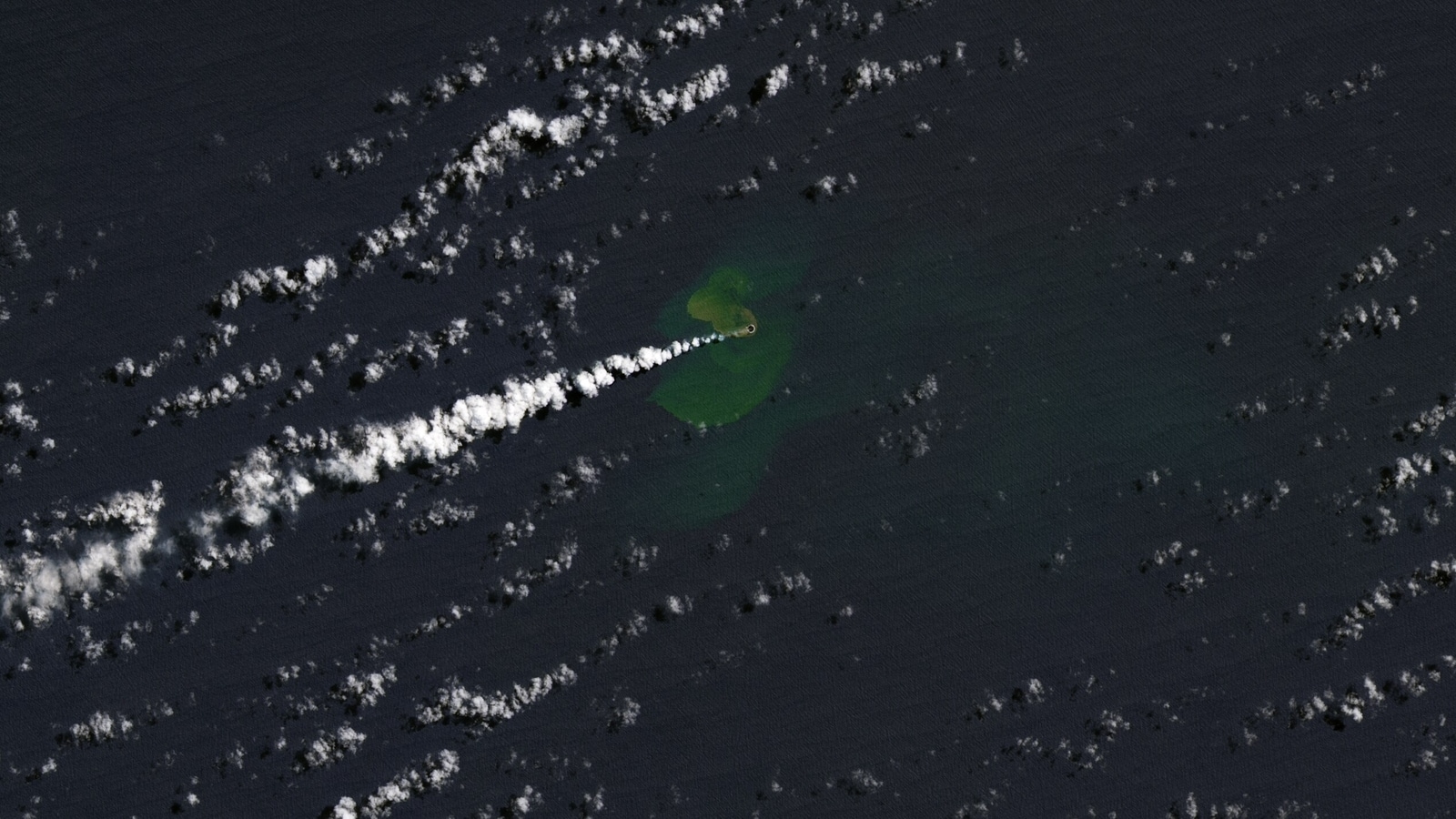 The National Aeronautics and Space Administration (NASA) has now discovered a new island in the southwest Pacific ocean, which now covers an area of 24,000 square metres.

In a statement, the US space agency said that a seafloor ridge stretching from New Zealand to Tonga has the highest density of underwater volcanoes in the world. On September 10, one of the volcanoes awoke and the Home Reef repeatedly oozed lava and ejected plumes of steam and ash.

The NASA statement said that a new island rose above the water surface which was captured by the Operation Land Imager-2. According to report, the previous research suggested that the plumes of superheated acidic seawater contained particulate matter, volcanic rock fragments and sulphur.

The NASA statement said the island created by submarine volcanoes are often-shortlived, though they stay for years. The Home Reef, which sits within the Tonga-Kermadec subduction zone, has four recorded periods of volcanic eruptions which include events in 1852 and 1857.

The small islands that were formed after both the events and later in 1984 and 2006, produced islands with cliffs that were 50-70 metres high. An island was created after a 12-day eruption from the Late’iki Volcano in 2020 but was washed away after two months.

“The volcano poses low risks to the aviation community and the residents of Vava‘u and Ha‘apai,” the NASA statement quoted Tonga Geological Service.