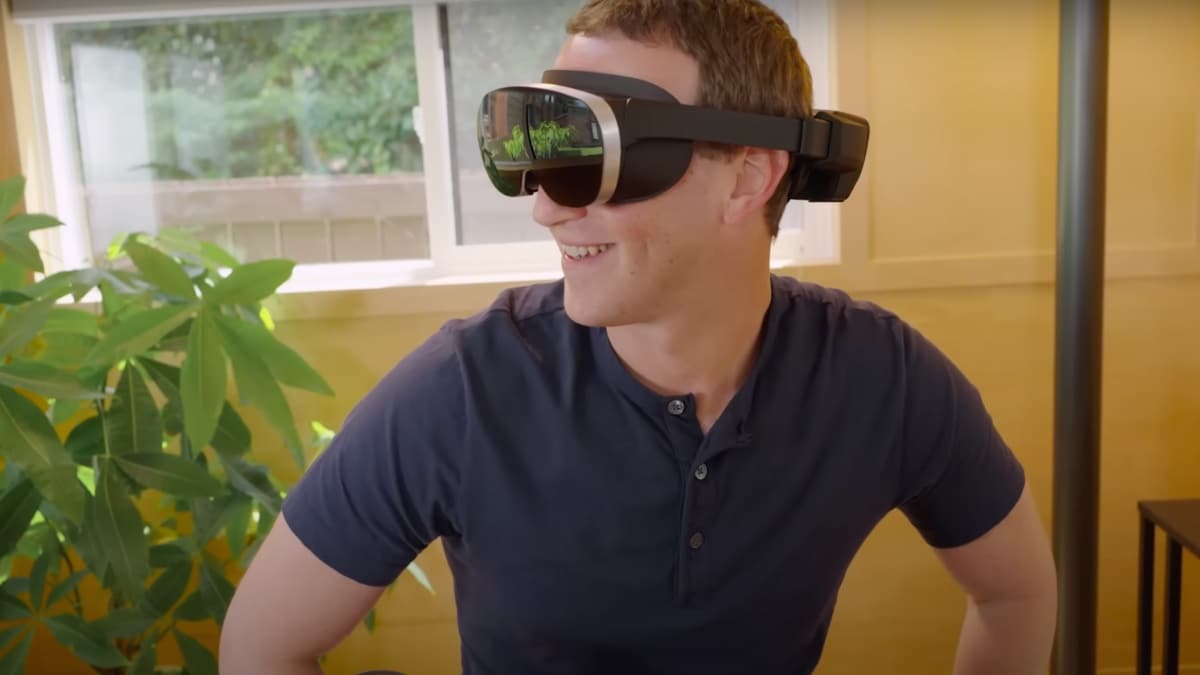 Meta CEO Mark Zuckerberg has showcased virtual reality (VR) headset prototypes to indicate how the company is trying to win against competitors in the race of making immersive experiences more realistic to humans. Under the Reality Labs division, Meta is working towards overcoming the ongoing challenges in the VR field by developing new hardware. The prototypes show us that work — alongside making it clear that a full-fledged headset that can take us to an as realistic virtual world as its physical counterpart is yet to be built.

In a one-and-a-half minute video that has been posted on Facebook and Instagram, Zuckerberg has shown off the four new VR headset prototypes that are developed for research purposes.

The first one in the series is codenamed Butterscotch. It is an attempt to deliver a near retinal resolution and is touted to help users comfortably read the smallest letters of a virtual vision chart. This solves the problem of giving close to the 60-pixel-per-degree resolution that Meta considers as a standard for a human retina.

However, the headset is not perfect in terms of making the virtual experience as vivid as the physical world. Meta has, thus, developed its Half Dome prototypes.

Zuckerberg says that the Meta’s Half Dome prototypes allow users to focus on any object at any distance. This comes from varifocal lenses and eye-tracking technology that lets the device adjust its focus on the basis of which object a user wants to look at in a virtual environment.

But just like Butterscotch, Half Dome prototypes are not capable of being a commercial device at this moment.

“We also need to fix optical distortions in software so quickly that it’s imperceptible to the human eye,” says Zuckerberg.

The next prototype that Meta’s Reality Labs has built is codenamed Starburst. It is designed as an HDR VR system.

“Nature is often 10 or 100 times brighter than modern HDTVs and the highest-end monitors, and we need those colours to be just as vivid to feel realistic, so we built Starburst,” Zuckerberg says.

The headset is, though, quite bulky to hold and has components including exterior fans that make it nowhere close to a typical VR headset.

Nevertheless, Zuckerberg says that the goal of testing prototypes including Starburst is to fit all the technologies that are in testing into a device that is “lighter and thinner than anything that currently exists.”

Holocake 2 is one-step closer towards that direction. It is a “working experimental device” that includes holographic displays to play PC VR experiences, but without requiring any additional hardware.

But nonetheless, the headset is not meant for a commercial purpose.

Meta currently has the Quest 2 as its latest commercial VR headset. But that model does not include the features and refinements, which the Menlo Park, California-headquartered company wants to integrate to enhance its VR offerings. The ongoing prototyping is, therefore, likely to help develop an enhanced hardware for the near future.

Alongside building VR experiences for consumers, Meta is working on developing both hardware and software to enter the market of professional-grade solutions. Testing different prototypes is also expected to help the company on that front.

In addition to Meta, Apple and Google are reportedly in development for their native VR offerings. Early moves by the Facebook parent are, though, likely to help give it an edge against the other players in the race.