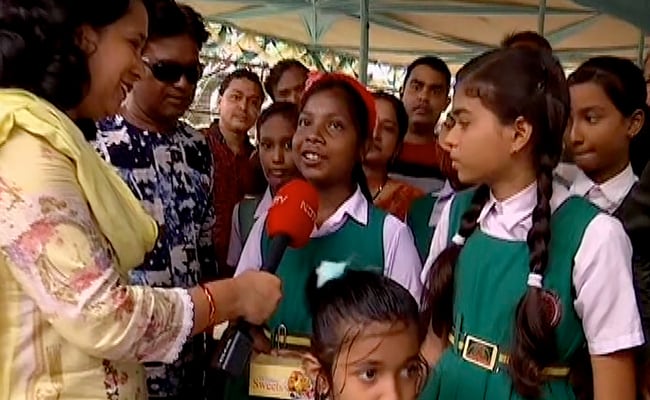 Rairangpur, Odisha: In President Droupadi Murmu’s address to parliament after being sworn in, a school in Odisha’s Mayurbhanj district — over 1,400 km away from the venue of the swearing-in ceremony — found a special mention.

About 25 years ago, before her political career began, President Murmu was a teacher at Sri Aurobindo Integral Education and Research Centre at Rairangpur. She taught all subjects at the school from 1994 to 1997 and took no salary.

In 1997, she was elected councillor of the Rairangpur Nagar Panchayat, starting a political journey that would see her in various administrative positions and pave the path to the country’s highest office.

As she took the oath as the country’s first tribal and second woman President, there was jubilation and pride at the school.

Ravindra Patnaik, president of the school committee, said, “Her excellency Madam President Droupadi Murmu taught here from 1994 to 1997 and her political began from here.”

Mr Patnaik said Droupadi Murmu took no salary when she taught as a teacher and added that she was greatly influenced by the philosophy of nationalist Sri Aurobindo and Mirra Alfassa, known to her followers as The Mother. “She always says that whatever she has become is due to the philosophy of the Mother and Sri Aurobindo,” he said.

Students at the school said they want President Murmu to visit the school again. “We heard her speech on TV. She mentioned our school,” a student told NDTV.

“We are very happy she is now President,” another student said.

Pramila Swain, principal of the school, said sincerity and punctuality have been the motto of Droupadi Murmu’s life, including her time at the school. “She was very patient with children. She would keep a box of chocolates on the classroom table and give them to students who correctly answered questions,” the principal said.

The school is set to host its 150-year celebrations and students and teachers hope Madam President would attend the event.