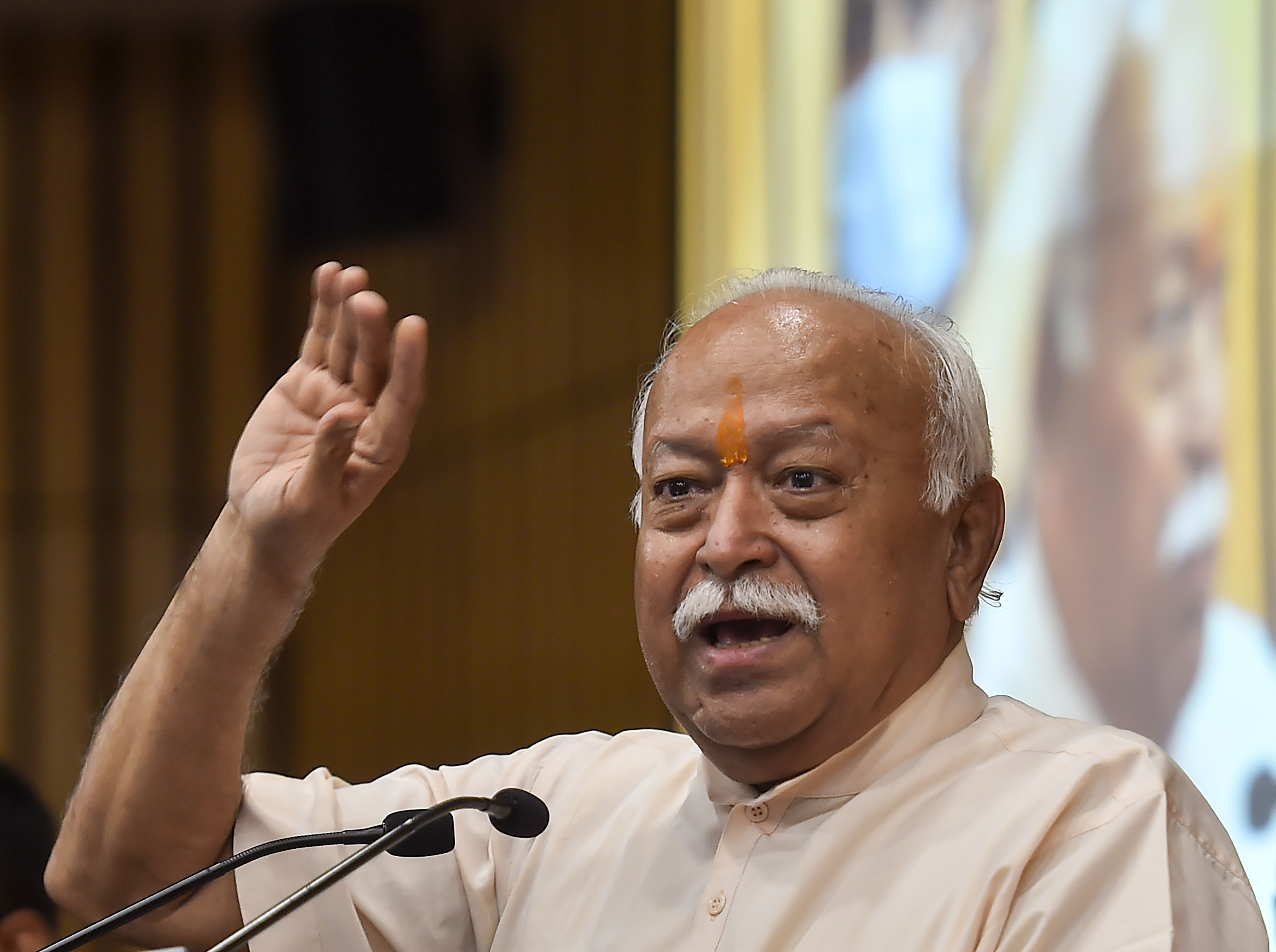 New Delhi: The Indian concept of nationalism advances the idea of “Vasudhaiva Kutumbakam” and does not pose any threat to any country therefore there cannot be a Hitler in India, RSS chief Mohan Bhagwat said on Friday.

The Rashtriya Swayamsevak Sangh (RSS) chief delivered a lecture organised by the Sankalp Foundation and a group of former bureaucrats in New Delhi.

“Our nationalism does not pose any threat to others…that is not our nature. Our nationalism prescribes that the world is one family (Vasudhaiva Kutumbakam) and further this feeling among people across the globe…Therefore, there can’t be a Hitler in India and if there would be any, the people of the country would pull him down,” he said.

“Everyone talks about the world market, but only India talks about ‘Vasudhaiva Kutumbakam’. Not only this, but we also work towards making the world one family,” he said.

He emphasised that India’s concept of nationalism is different from other concepts of nationalism, which are either based on religion or one langue or the common self-interest of people.

He said diversity has been part of India’s concept of nationalism since ancient times and “for us different languages and different modes of worshipping god is natural. This land not only gives food and water but also gives values.

That is why we call it Bharat Mata.” Presiding over the programme, Nripendra Misra, chairman of the Ayodhya Ram Temple construction committee and former principal secretary to the prime minister, said the Sankalp Foundation is encouraging promising and needy students and assisting them in their studies for 36 years.

The foundation is an RSS-backed training academy for UPSC aspirants. RSS joint general secretary Krishna Gopal is one of the mentors at the institute.