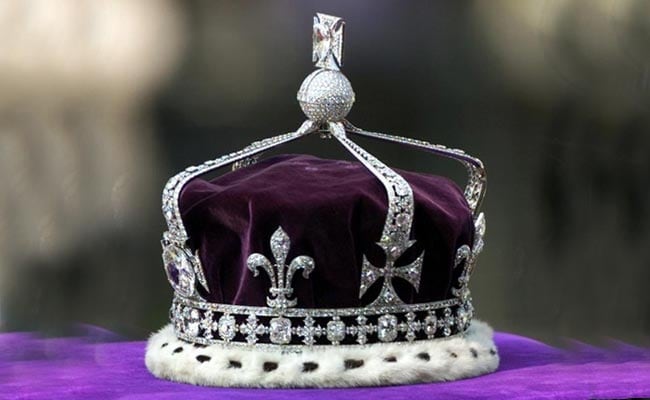 Bhubaneswar: A socio-cultural organisation of Odisha has claimed that the Kohinoor diamond belonged to Lord Jagannath, and sought the intervention of President Droupadi Murmu for its return to the historic Puri temple from the United Kingdom.

Following the death of Queen Elizabeth II, her son Prince Charles has become the King and, as per norms, the 105-carat diamond will go to his wife the Duchess of Cornwall Camilla, who is the Queen consort.

Shree Jagannath Sena, a Puri-based outfit, submitted a memorandum to the President, seeking her intervention to facilitate the process of bringing back the Kohinoor diamond to the 12th-century shrine.

“The Kohinoor diamond belongs to Sri Jagannath Bhagban. It is now with the Queen of England. Kindly request our Prime Minister to take steps to bring it to India… as Maharaja Ranjit Singh donated it to God Jagannath in his will,” Sena convener Priya Darsan Pattnaik said in the memorandum.

Priya Darsan Pattnaik claimed that Maharaja of Punjab Ranjit Singh had donated the diamond to the Puri Lord after he won a battle against Nadir Shah of Afghanistan.

However, it was not handed over immediately. Ranjit Singh died in 1839 and, 10 years later, the British took the Kohinoor away from his son, Duleep Singh, though they were aware that it was bequeathed to Lord Jagannath at Puri, historian and researcher Anil Dhir told PTI.

Priya Darsan Pattnaik asserted that after he sent a letter to the Queen in this regard, he received a communication from Buckingham Palace on October 19, 2016, asking him to appeal directly to the United Kingdom government as “Her Majesty acts on the advice of her ministers and remains strictly non-political at all times”.

A copy of that letter has been attached to the memorandum to the President, he said.

Asked why he was silent on the issue for six years, Priya Darsan Pattnaik said he was denied a Visa to visit England due to which he could not take up the matter further with the UK government.

Sena’s claim is justified though there are several claimants like Maharaja Ranjit Singh’s heirs, Pakistan and Afghanistan, Dhir said.

“Maharaja Ranjit Singh’s will before his death stated that he donated the Kohinoor to Lord Jagannath. The document was certified by a British Army officer, the proof of which is available at the National Archives in Delhi,” said the historian.

Odisha’s ruling Biju Janata Dal (BJD) Member of Parliament (MP) Bhupinder Singh had raised the issue of bringing the diamond back, in the Rajya Sabha in 2016.

The BJP Member of Legislative Assembly(MLA) of Puri, Jayant Sarangi, also said he would take up the matter in the Odisha Assembly.

The Kohinoor diamond was “surrendered” by the Maharaja of Lahore to the then Queen of England and “not handed over” to the British nearly 170 years ago, the Archaeological Survey of India replied to an RTI query a few years ago.

Author and historian William Dalrymple noted in his book, “Kohinoor” that child Sikh heir Duleep Singh regretted having surrendered the jewel to Queen Victoria. However, he also wished to give it to the Queen as a man.

The Indian government’s stand in the Supreme Court was that the diamond, estimated to cost over USD 200 million, was neither stolen nor “forcibly” taken by British rulers, but given to the East India Company by erstwhile rulers of Punjab.

Considered to be one of the world’s most precious gems, the Kohinoor was reportedly found in India in the 14th century during coal mining in the Kollur mine in South India.

Hyderabad Doctor Gets Honorary Fellowship From Royal College Of Surgeons