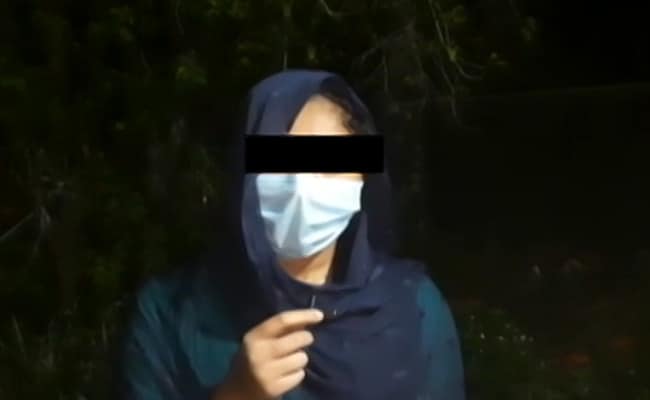 Kollam: A teen in Kerala’s Kollam, one of the many allegedly forced to remove her bra before the NEET medical entrance exam on Sunday, today described her humiliation as she sat for the exam using her hair to cover her chest.

It was a “very bad experience”, said the 17-year-old, choking up as she shared what happened at the centre for NEET (National Eligibility and Entrance Test), the nationwide exam for medical admissions.

“They called me and said there would be scanning. We thought they would let us go after the scan but they made us stand in two queues – one for girls wearing bras without metal hooks, and the other line…,” she said.

“They asked me, are you wearing underwear with a metal hook? I said yes, so was asked to join that line.”

The girl said she could scarcely understand what was happening and why.

“They asked us to remove our bra and put it on a table. All the bras were bunched together. We didn’t even know if we would get ours back when we returned. It was crowded when we came back. It was a scramble, but I got mine,” she said, describing endlessly mortifying moments before one of the most important exams any medical aspirant can take.

Some girls wept in shame. One of the women security employees reportedly asked, “Why are you crying?”

With disturbing callousness, the security personnel instructed the girls to pick up their bras and move on.

“They said take your bra in your hand and leave, no need to wear them. We were very embarrassed to hear that. But everyone waited to change. It was dark and there was no place to change…it was a terrible experience. When we were writing the exam, we put our hair in front as we had no shawl to cover ourselves…There were boys and girls and it was really difficult and uncomfortable,” the girl alleged.

The shocking incident surfaced when the father of one of the girls, a 17-year-old, complained to the police. He said, “90 per cent of the girls had to remove their inners” before writing the exam and were sobbing.

“Is your future or innerwear big for you? Just remove it and don’t waste our time (sic),” the father’s complaint quoted security personnel as saying.

The National Testing Agency has ordered a fact-finding team to investigate the incident. The agency had earlier denied the allegations and had said it was told the complaint is “fictitious”.

The National Commission for Women has called the incident “shameful and outrageous to the modesty of young girls.”

“Our Nationalism Does Not Pose Any Threat For Others”: RSS Chief Mohan Bhagwat