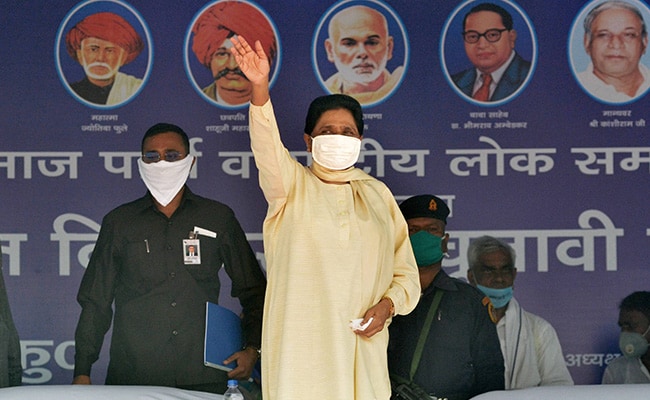 New Delhi: BSP leader Mayawati on Sunday accused the Congress in Rajasthan of hurting her party by indulging in horse-trading instead of taking on the BJP, and asked her party leaders to let go of people who are ready to betray the party philosophy for monetary gains.

In a meeting with Bahujan Samaj Party leaders from Rajasthan here, she also slammed the BJP for allegedly furthering its narrow political interests using the recent killing of a tailor in Udaipur.

In a statement, the BSP quoted Mayawati as saying that while the Congress government in Rajasthan failed to assess the situation and could not provide a sense of security to the people, the BJP was busy furthering its narrow political interests following the Udaipur incident.

The Congress and the BJP should end appeasement of elements out to create chaos, she said.

She also claimed that the new “contractual” military recruitment scheme Agnipath has created a lot of disappointment in the hard-working youth of Rajasthan and urged the government to take note of it.

The government unveiled the Agnipath scheme on June 14. Under the scheme, those aged between 17-and-a-half and 21 years will be inducted into the armed forces for a four-year tenure and 25 per cent of them will be inducted for regular service subsequently.

The former Uttar Pradesh chief minister also questioned the BJP’s “new-found love” towards Pasmanda Muslims and said every section of society is suffering due to unemployment and spiralling prices of essential commodities.

Principal Says Girls Could Have Asked For Permission

After Ban On Wheat Exports, India Tightens Rules For Flour Too