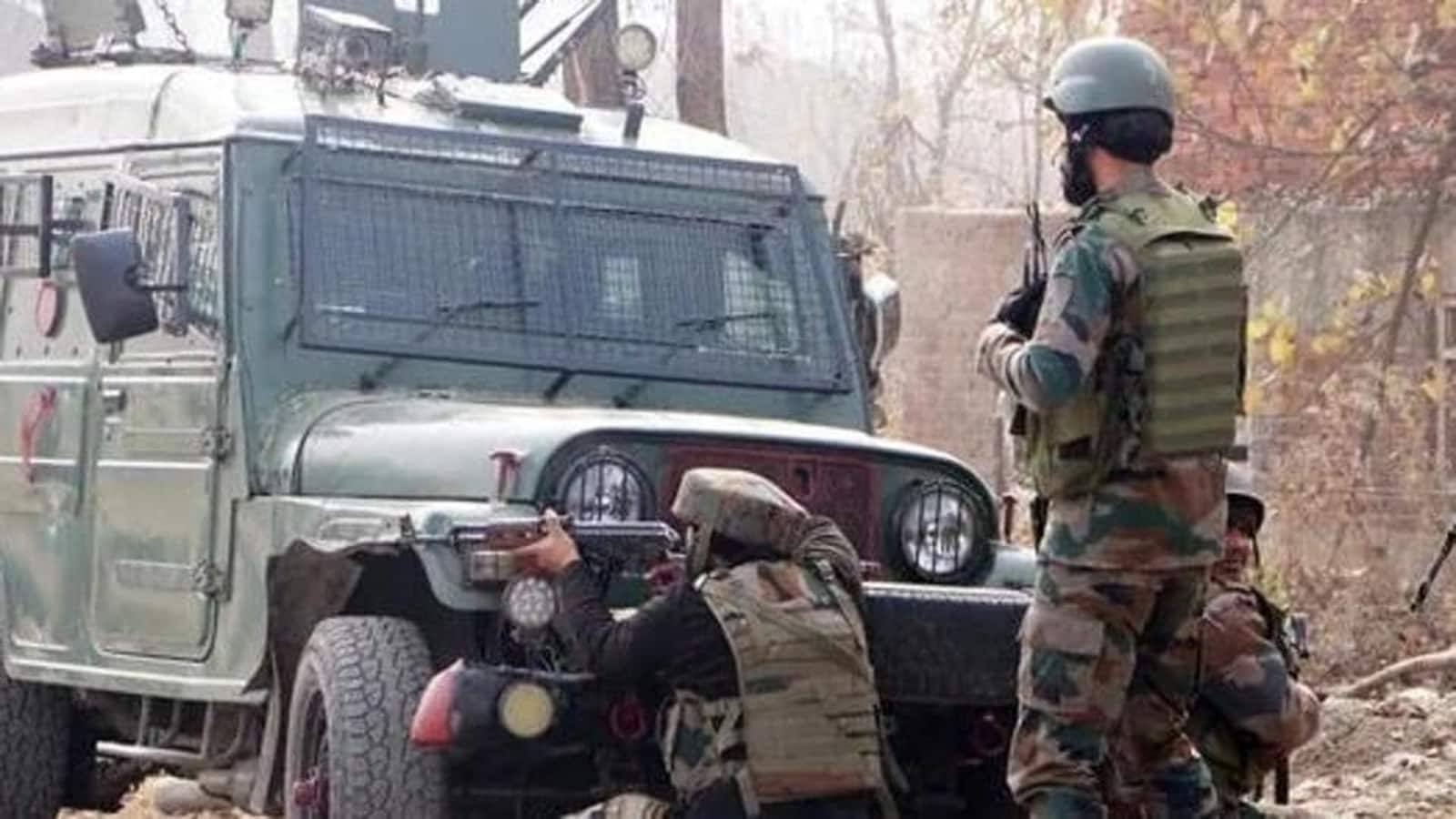 Both the encounters continued at the time of filing this report.

The encounter in the frontier district of Kupwara, near the Line of Control, erupted after police and army (28RR) launched a joint anti-terrorist operation in Lolab area on the basis of inputs of an arrested terrorist, Showket Ahmed Sheikh.

“During the search of a hideout, the hiding terrorists started firing indiscriminately on the joint search party, which was retaliated effectively leading to an encounter,” a police spokesperson said in a statement.

The statement, however, did not clarify how Sheikh, who was in police custody, got trapped in the gunfight. Two Pakistani terrorists of Lashkar-e-Taiba (LeT) were killed in the encounter, the spokespersons said. “…so far, two Pakistani terrorists of proscribed terror outfit LeT were killed. Heavy exchange of fire is still going on…,” the spokesperson added.

In Kulgam, two local terrorists were killed as a joint party of police and army launched a search operation in D H Pora area, police said. The deceased were identified as Haris Sharief of Srinagar and Zakir Padder of Kulgam. While the former belonged to LeT, the latter belonged to Hizbul Mujahideen, they added.

The deceased were categorised terrorists and part of groups involved in various terror crimes, including attacks on police personnel and civilian atrocities, police said. “By targeting innocent civilians…, terrorists cannot deter our efforts to bring peace in the Valley. Our CT (counter-terror ) operations will continue…,” Kashmir IGP Vijay Kumar said.

At least 22 terrorists have been killed this month so far.