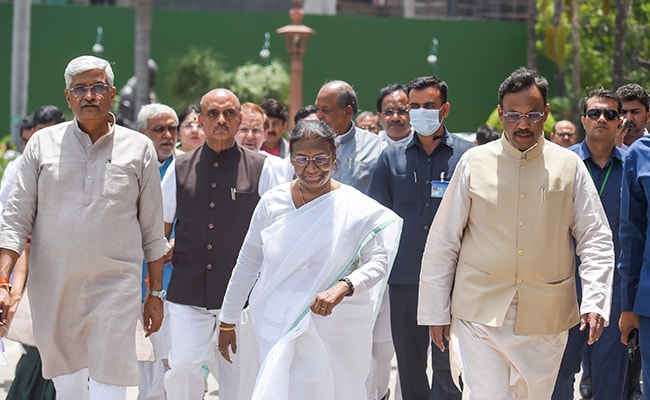 She called them up personally and spoke to them before filing her nomination for the July 18 presidential election, news agency PTI reported, quoting sources.

All the three leaders conveyed their best wishes to her, PTI reported.

Mrs Murmu filed her nomination on Friday with Prime Minister Narendra Modi handing over her set of papers to Returning Officer PC Mody.

She was accompanied by a host of Union Ministers, including Amit Shah, Rajnath Singh and Nitin Gadkari and BJP president JP Nadda.

Draupadi Murmu, the first woman tribal leader to file her nomination for the top constitutional post of the country, is a seasoned politician from Odisha with a background in the field of academics. She is a former Governor of Jharkhand and a former Odisha minister.

She will face opposition candidate Yashwant Sinha in the presidential contest on July 18.

If elected, she will be the first tribal President of India and the country’s second female President.