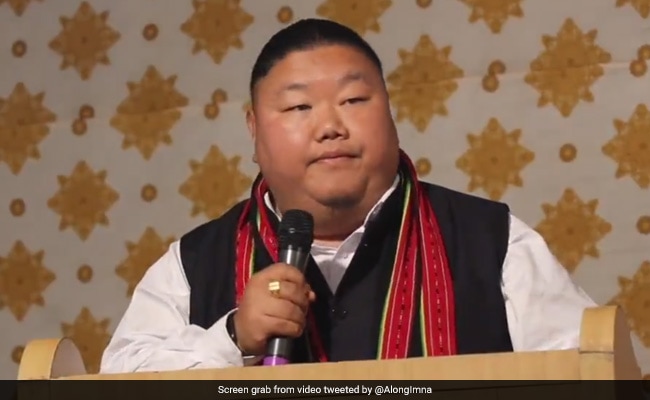 Nagaland minister Temjen Imna Along, who has been trending on social media for his “small eyes” remark calling out racism in a humorus way, has posted another video that is making waves on Twitter. Mr Inma is Nagaland’s Minister of Higher Education and Tribal Affairs and state president of the Bharatiya Janta Party (BJP).

In the new video, the minister is recalling his first visit to Delhi in the year 1999. Speaking at an event, he is seen talking about several misconceptions people of the national capital had about culturally rich Nagaland.

“When I first came to Delhi in 1999 and got off at the Old Delhi railway station, I was shocked to see the number of people there. The number was more than the entire population of Nagaland. I was shocked beyond belief,” Mr Inma said.

“Most of the people in Delhi had no clue where Nagaland is. They used to ask me ‘Do we need visa to visit Nagaland?’,” said the minister.

Mr Inma also recalled that he came to know about a rumour that people of Nagaland eat humans. “And my appearance made their suspicion stronger,” he joked.

On Sunday, he won over Twitter with his witty remark on Google’s concern about his wife. He shared a picture of the most asked questions on Google about him.

Among the several queries on Google about the witty minister, one search that was highlighted by him was, “Temjen Imna Along wife.” Reacting to the same, Temjen Imna tagged Google and wrote, “Ayalee, @Google search excites me. I am still looking for her!”

On World Population Day, the minister had urged Twitter users to join his movement and “stay single” like him.

Congress Versus BJP On Droupadi Murmu