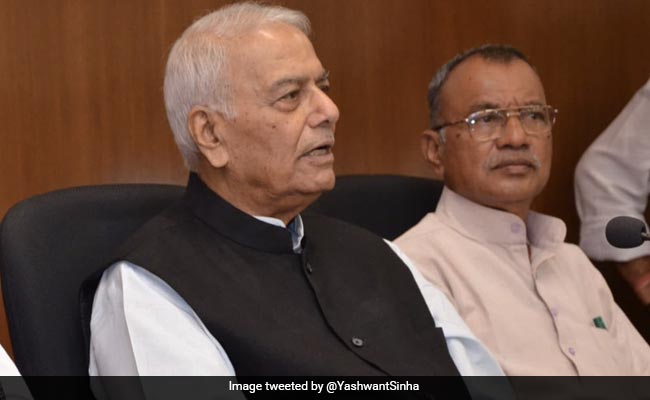 Patna: The Rashtriya Janata Dal-led opposition parties of Bihar, including its estranged ally Congress and the Left on Monday reaffirmed their support for former Union minister Yashwant Sinha for the upcoming presidential polls.

Making an announcement to the effect in Patna, leader of the opposition in the state assembly, Tejashwi Yadav, said that things could have been different had the BJP-led NDA come up with the name of former Jharkhand Governor Droupadi Murmu earlier than it did.

“It must be kept in mind that the opposition parties had held deliberations and come to an agreement on Sinha much before the ruling BJP-led coalition revealed its cards,” Tejashwi Yadav said.

He was talking to reporters after chairing a meeting where delegates of the RJD, CPI-ML, CPI, CPI(M) and the Congress jointly declared support for Mr Sinha for the polls scheduled on July 18.

Last week, the BJP had appealed to Mr Yadav and his allies to support Ms Murmu who would become the first tribal woman President of the country, if elected.

When his attention was drawn to the plea, Mr Yadav said, “Things could have been different had the BJP not waited till the eleventh hour to announce its candidate. We cannot backtrack at this stage”.

The RJD, the Left and the Congress together have 115 MLAs in the 243-strong Bihar assembly.