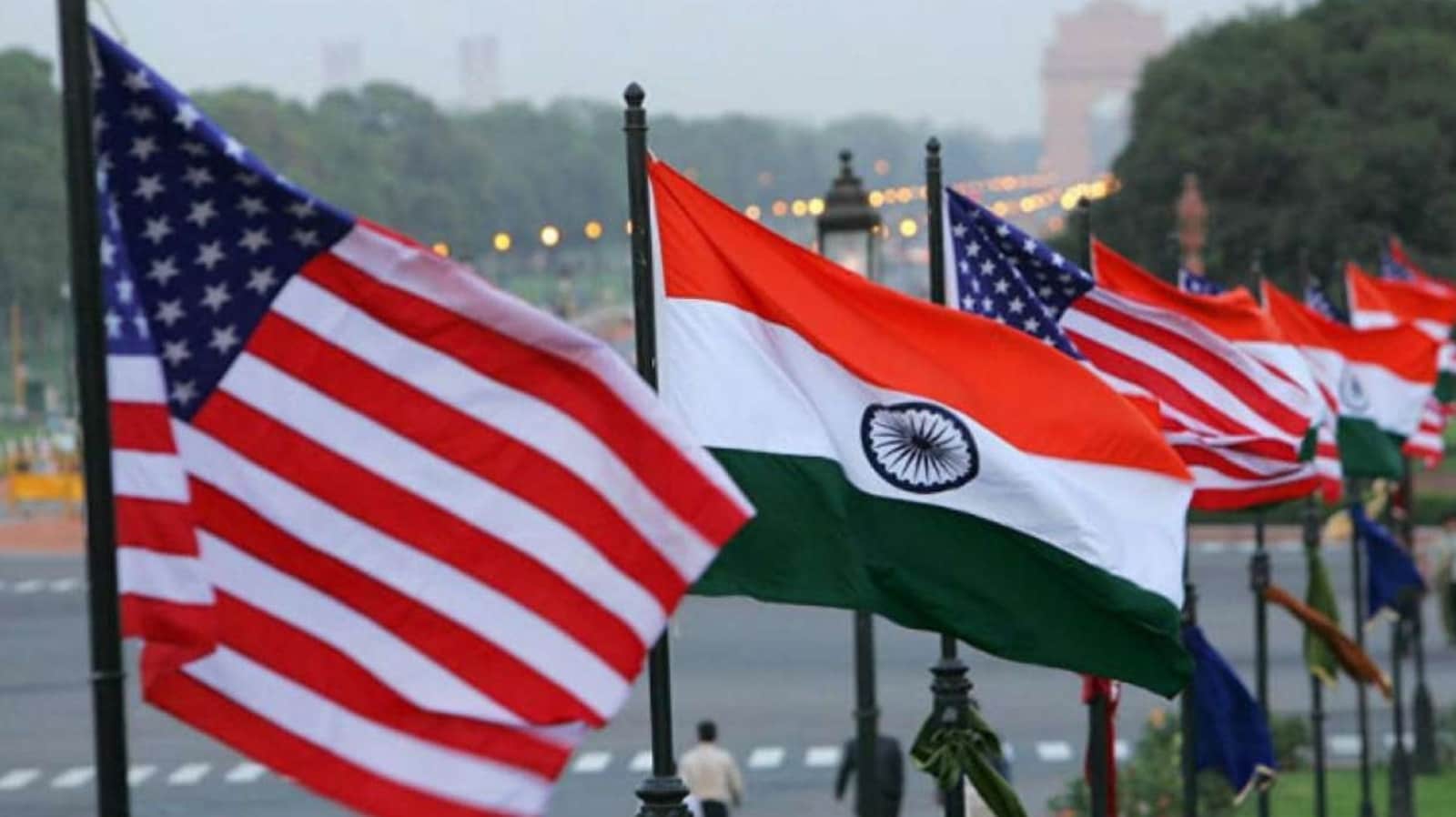 The Indo-Pacific Economic Framework (IPEF) was launched by United States (US) President Biden in Tokyo on May 23, 2022. The IPEF has four pillars: Trade; supply chains; clean energy, decarbonisation and infrastructure; tax and anti-corruption. Except Cambodia, Laos and Myanmar, other Southeast Asian nations are a part of the IPEF. It is a good start in the sense, that in spite of this initiative being launched on the sidelines of a Quad summit, most Association of Southeast Asian Nations (Asean) countries did agree to be a part of it, despite their fears that mechanisms like the Quad impinge on Asean centrality. IPEF allows Asian countries – 13 in all – to sign on to individual initiatives without fully participating in all of them. It is much less clear if it is a complete strategy or an adequate policy package to counter China’s gains in the economic sphere in Asia.

After former US President, Donald Trump decided to walk away from the Trans-Pacific Partnership (TPP), the US’s Indo-Pacific strategy lacked a certain geo-economic heft and that made it very less attractive to many Asean countries like Indonesia, Singapore, Malaysia. After the coming of the Biden administration, the fact that the US is working on an economic framework for the Indo-Pacific had been doing the rounds. The US has repeatedly reiterated that the IPEF is not a Free Trade Agreement (FTA) like the Regional Comprehensive Economic Partnership (RCEP) and Comprehensive and Progressive Transpacific Partnership (CPTPP). It has not involved, nor has it promised to involve in the future, negotiations to remove tariffs or increase market access. For now, the IPEF appears to be the US’s way of convincing countries that its Indo-Pacific strategy very much as a geo-economic component and is not just security and geo-strategy heavy.

The question that arises is given that how will the Asean countries benefit from the IPEF? Is there any fear that they might withdraw from this framework if no substantial progress takes place in the future? It is important to look into the statements coming from the Asean countries that give out a preliminary idea of what their expectations are from the IPEF.

Analysts in Indonesia, like Dandy Rafitrandi, an economics researcher at the Centre for Strategic and International Studies (CSIS), said that “participating would still benefit Indonesia, even if it remains unclear what real commitments the US will offer. If we don’t join, we might be seen as less competitive [to the US] compared with other countries.” There is obviously the fear among Southeast Asian countries that this will again require them to choose sides between the US and China and some analysts like, Ahmad Heri Firdaus of the Institute for Development of Economics and Finance (INDEF), Indonesia said that, “We need to reiterate that joining IPEF won’t damage our trade with China. We can cooperate with the US and China.” The primary concern that the Asean countries have is to not sever their ties with China and it can be seen from statements issued by the ministries of respective countries. Indonesian Trade Minister, Muhammad Lutfi who attended the virtual launch event stated, “going forward, the framework must benefit all the countries involved, remain inclusive and beneficial in the long term, not obstruct development plans in the region as well as work harmoniously with existing frameworks like the Asean Outlook on the Indo-Pacific.” Indonesia’s trade ministry’s deputy director for Asean free trade negotiations, Ranitya Kusumadewi, has mentioned that “Indonesia is keen to team up with the Biden administration on the digital economy, supply-chain security and gradual energy transitions.” Though market access is not guaranteed under the IPEF framework, but Southeast Asian analysts like Yose Rizal Damuri, executive director of the Jakarta-based Centre for Strategic and International Studies (CSIS), are hopeful that “the US will try to lure Indo-Pacific nations by giving monetary aid for development projects.”

Ms Hang, from the Vietnamese ministry of foreign affairs, believes that the “IPEF, with the right orientation, bounds to promote a positive and effective economic environment that brings practical benefits to the people as well as security and peace for the region as well as globally. Vietnam’s goal is to build an independent and self-reliant economy in the region that actively engages with the world in many aspects.” Analysts in Vietnam have commented that as one of the four pillars of IPEF, green energy is an industry that sees significant potential in Vietnam. Given the favourable geographical features, Vietnam is bound to become the next destination for investment in renewable energy, particularly solar energy and wind power. The IPEF is also expected to drive Vietnamese exports to the US market to an even higherlevel building on its positive relationship and historically growing exports to the US. The framework also strengthens the US – Vietnam relationship as trusted partners, which creates a favourable environment for investment flow and trade between the two countries.

Singapore’s prime minister, Hsien Loong, during his intervention at the virtual launch event at the IPEF had underlined that Singapore realises both the strategic and economic significance of the IPEF and that this provides the US an opportunity to exercise its economic diplomacy in the region. He had further pointed out, “The four pillars include issues that will resonate strongly in the region. In particular, they will also cover cooperation in the digital economy and the green economy, which show promise of growth.

It is important that the IPEF remains open, inclusive, and flexible. Enabling members to continue working with many other partners, in overlapping circles of cooperation, and leaving membership open to others to join later on, as and when they are ready to do so.” The point to be noted here is the point on flexibility and keeping the door open for other members to join in the future and this could have a clear indication towards China.

Malaysian prime minister, Datuk Seri Ismail Sabri Yaakob also seemed confident that the IPEF will strengthen economic cooperation between countries in the Indo-Pacific and the ASEAN region and asserted that, “the new trade initiative provides a holistic structure to resolve trade issues with partner countries.” He further pointed out, “Malaysia is ready to discuss relevant issues through the IPEF to ensure that the members can optimise the economic and strategic benefits as outlined in the framework,” he said, adding that the medical, electrical and electronics (E&E) sectors, as well as the digital economy are expected to benefit from the trade initiative.”

At the virtual launch event, department of trade and sndustry (DTI) secretary Ramon M Lopez reiterated , “ the Philippines acknowledged the general alignment of the broad themes of the IPEF in advancing resilience, sustainability, inclusiveness and competitiveness and the Philippines’ economic and development priorities. The Philippines sees the IPEF as complementing individual and collective efforts towards inclusive recovery, and US support for Asean member-states in the pursuit of IPEF initiatives will be critical.” Therefore, for the Philippines, its economic recovery and development is the over all agenda.

Thailand looks to engage in four areas under the IPEF: Trade, supply chains, infrastructure and decarbonisation, and taxes and anti-corruption. Thailand has been extremely cautious when entering free trade negotiations with the West as private sector and civil society organizations are still strongly opposed to Thailand joining any Western-initiated free trade arrangement. But given that this is not a FTA, Thailand seems keen to be a part of the initiative.

What seems clear at the moment is that Asean countries who have always adopted a hedging strategy has agreed to join this initiative, in spite of being unaware of the clear vision and knowing that this will not provide improved market is for the fear of missing out in the future if this turns into something substantial. Therefore, the US has a lot on its plate to prove that this will not be another talking shop like initiative like the Blue Dot and the Build Back Better World (B3W).