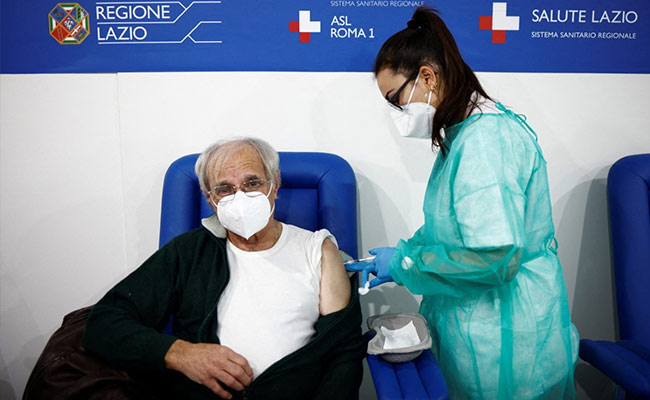 Rome: Italy will soon start its campaign to administer a second COVID-19 booster to everyone aged over 60, the health minister said on Monday, after receiving a green light from European Union health agencies.

The European recommendation came on Monday amid a new rise in infections and hospitalisations across Europe and was expected to facilitate national decisions to speed up vaccination campaigns, which have been slowing in recent months.

Health Minister Roberto Speranza said the government had already given the go-ahead to Italy’s 20 regional administrations to start the second booster campaign, after the approval of national medicine agency AIFA.

“All the scientific evidence … shows that an extra dose of booster can greatly protect people, especially the frail and elderly, from hospitalisation,” Speranza told state broadcaster Rai.

Pakistan’s Punjab To Declare “Emergency” Due To Rising Rape Cases