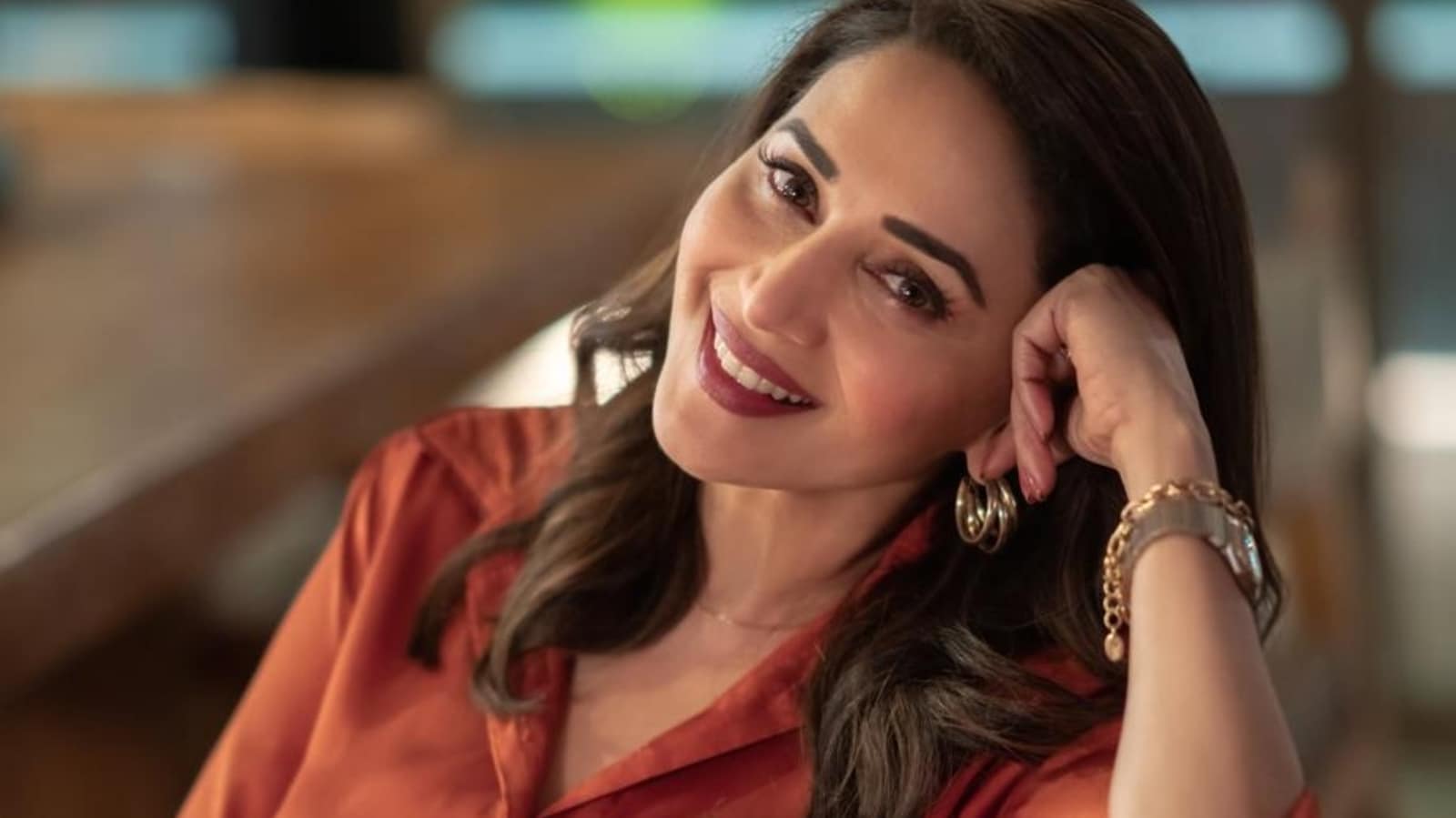 Madhuri Dixit opened up about her upcoming film Maja Ma releasing on Prime Video on October 6. The trailer of the family entertainer was unveiled on Thursday. At the launch event, Madhuri touched upon how ‘90s heroines’ are doing much evolved roles in films compared with their male costars.

Madhuri said that she loves doing roles that talk about women empowerment. Citing examples of her films like Raja, Mrityudand, Anjaam, the actor said that she has been inclined towards roles with an essence. She believes that OTT platforms have helped female actors to get good work even in their 40s.

“I’ve played a mother earlier too. But then I think they didn’t know what to do with women in this age group. Because of OTT and the kind of stories that are being told, there are no commercial constraints to make the film a hit. Of course, commercial films are changing as well. Look at films like Badhaai Ho, where a woman is the protagonist. She was not like a 16-year-old girl running around trees. Stories are maturing, the audience is maturing, and storytelling is maturing. People are consuming better content. There are so many stories about women that are being made. Hence so many good roles for female actors,” Indian Express quoted Madhuri Dixit.

Madhuri further explained how the female actors from the 90s are getting much more evolved roles than male stars. “It is always the case na. Women mature more than men (laughs). You have to go to your higher intelligence and think about it. I cannot blame the heroes also because the kind of commercial films that are made, they need to do song, dance and all. So, they are always looking for something that keeps them young, which is not bad,” she said.

Madhuri also added, “As a woman, I think what I am doing or Juhi (Chawla) is doing or Raveena (Tandon) is doing or anyone of us is doing is wonderful because we are going forward in life and we are true to ourselves on screen as well.”