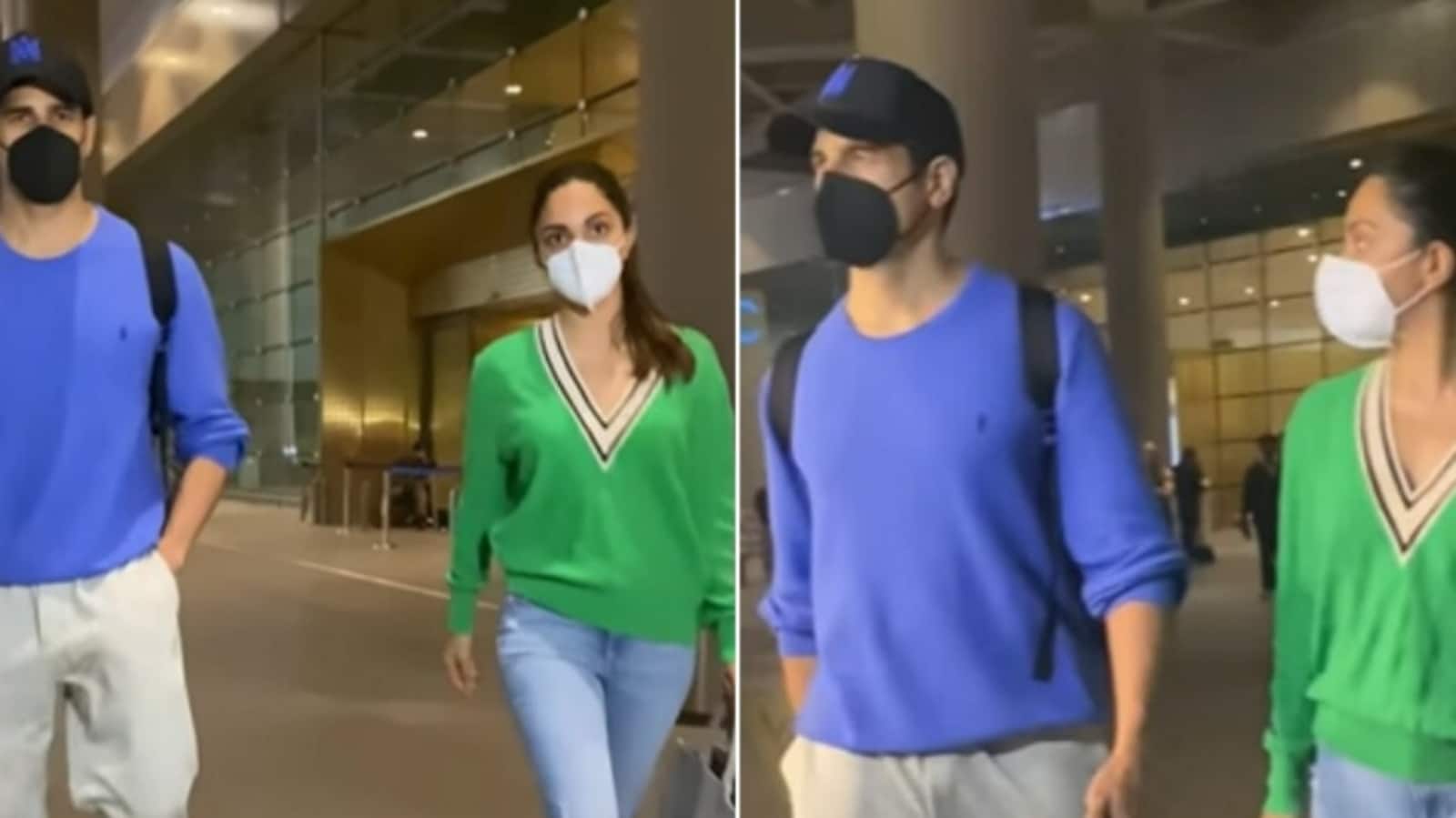 Sidharth Malhotra and Kiara Advani, who are rumoured to be dating each other, were spotted together at Mumbai airport on Thursday. The actors were seen returning from a vacation, when they were photographed by paparazzi and fans at the airport. Kiara, who was recently seen in Bhool Bhulaiyaa 2 and JugJugg Jeeyo, took to her Instagram handle recently to share a photo from her ‘much-needed vacation’.

Sidharth played Vikram Batra and Kiara was Dimple in their 2021 film Shershaah. The two started dating each other during the filming of the action-drama, as per reports. However, neither Kiara, nor Sidharth Malhotra have confirmed their relationship. The two often make headlines for their personal lives, and have been spotted together lately at different events in Mumbai. Their latest photos and videos from the airport were being widely shared on social media. While Kiara wore a green top with blue denim, and completed her airport look with a grey handbag, Sidharth paired his blue T-shirt with a black cap.

Reacting to a video of the couple shared on a paparazzo account, an Instagram user wrote, “They are so cute together.” Another one said, “Watching these two together is just sukoon (peace).” One person called them ‘cutest couple’.

In a recent interview, when asked about rumours of her break-up with Sidharth, Kiara had said she wanted to know about the ‘sources’ spreading these. Kiara also spoke about how rumours related to her personal life affected her in an interview with India Today in June.

“I am not completely immune to it, especially when it [rumour] is about your personal life. On the professional front, thankfully, I have never had an experience where something has been said that has affected me or my family, but on the personal front, when they add two and two, that’s when I am like, where is this coming from?” Kiara said.

Kiara’s upcoming projects include RC-15 with Ram Charan, and Govinda Naam Mera with Vicky Kaushal and Bhumi Pednekar. While Sidharth will be seen in Thank God, also featuring Ajay Devgn and Rakul Preet Singh, and Mission Majnu alongside Rashmika Mandanna. He is also making his OTT debut with Rohit Shetty’s Indian Police Force.