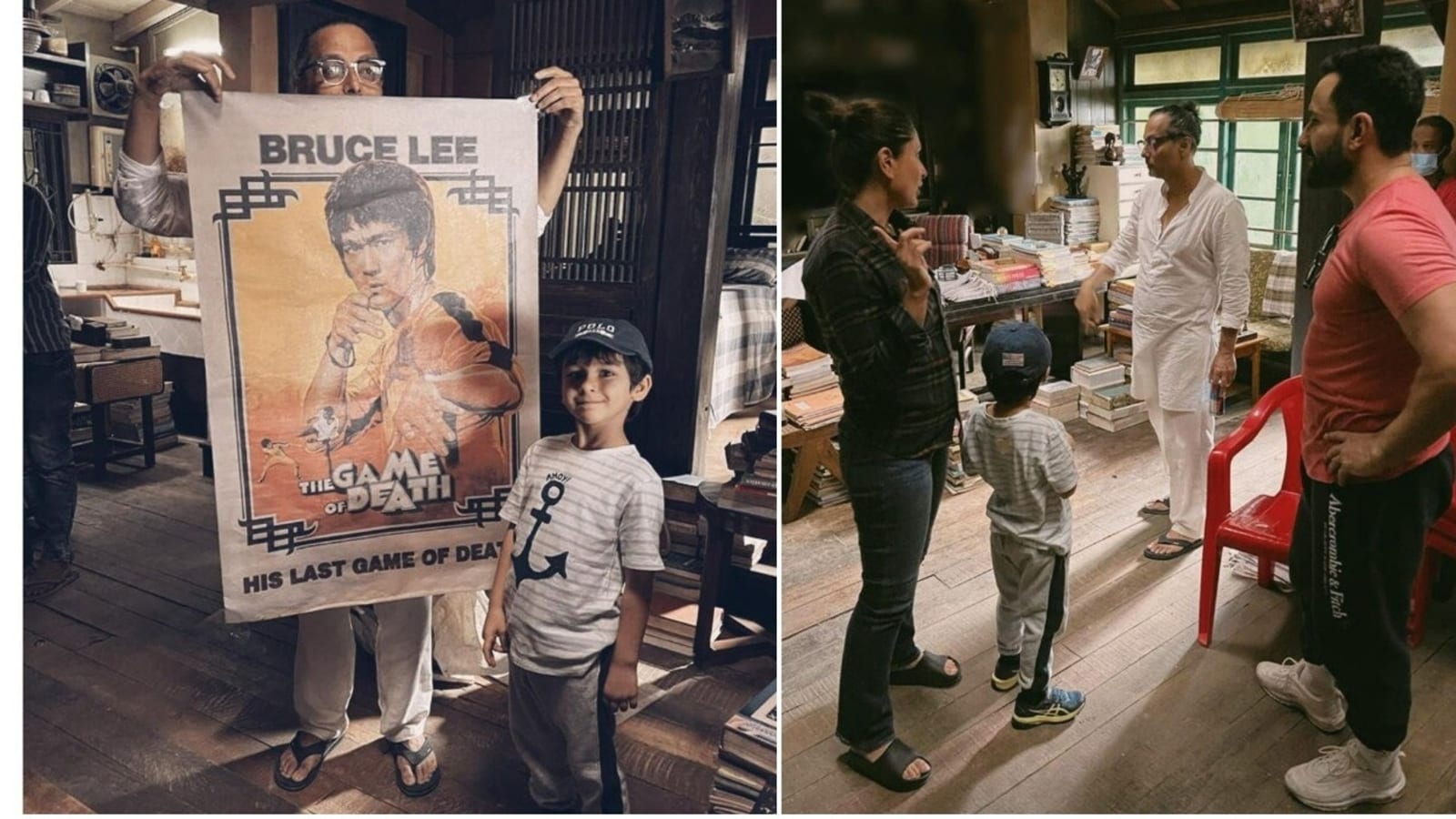 Kareena Kapoor has wrapped up the shoot for her untitled debut OTT project, based on the book named The Devotion of Suspect X. The actor has shared several behind-the-scenes pictures from the sets which also had her actor husband Saif Ali Khan and Taimur as visitors. She said it would be the ‘best film’. Directed by Sujoy Ghosh, the series also stars Jaideep Ahlawat and Vijay Varma.

Kareena wrote along with the photos, “DSX! The best crew, best ride, best times… and I’m pretty sure the best film too. Get ready @netflix_in… this one is @jayshewakramani @akshaipuri @itsvijayvarma @jaideepahlawat #SujoyGhosh.”

Reacting to the post, Vijay Varma wrote, “Sab moh maya hai (its all a delusion).” Saba Ali Khan commented, “All the best Bhabs!!” A fan also said, “Awwwbeboooo cannot waitt.” A comment also read, “Eagerly waiting for this one.”

The pictures show Kareena posing for group pictures with the cast and crew on the final day of the shoot. A monochrome picture shows director Sujoy Ghosh in a kurta-pyjama, posing with Kareena, Vijay Varma and Jaideep Ahlawat. Sujoy is seen showing a Bruce Lee poster to Taimur in one of the pics as the five-year-old visited the sets. Another shows Saif also joining Kareena and Taimur on sets.

The Devotion of Suspect X is written by Japanese author Keigo Higashino, and is the third in his Detective Galileo series. It tells the story of a single mother who thought she had finally escaped the clutches of her abusive ex-husband but things do not really go her way. The film that is scheduled to release on Netflix, has been shot in locations in and around Kalimpong, West Bengal and Mumbai.

Kareena is also awaiting the release of her film, Laal Singh Chaddha. It stars Aamir Khan in titular role and will release in theatres on August 11. It is a remake of Tom Hanks-starrer, Forrest Gump.