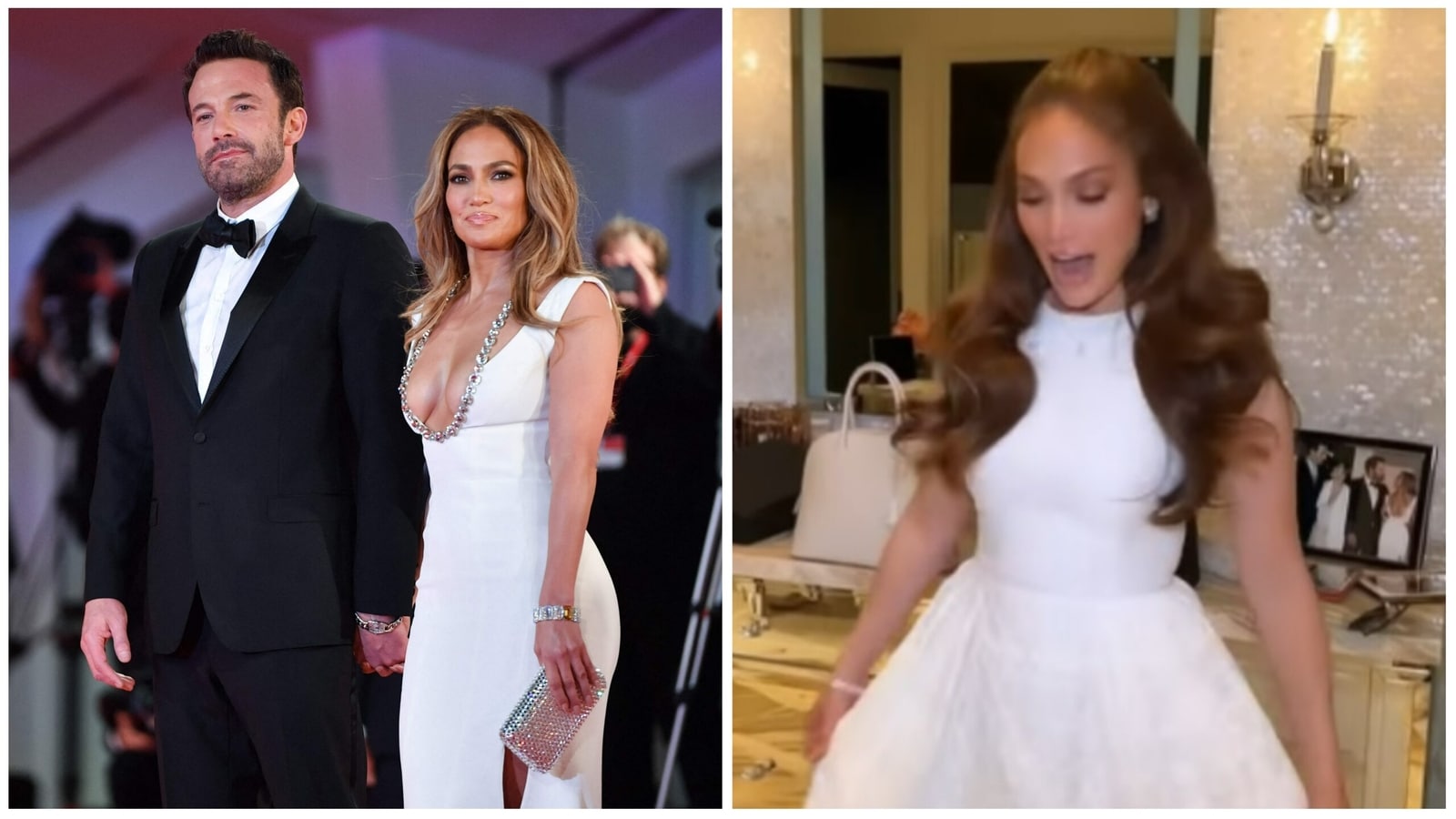 Marking almost 20 years of their love story, actor-singer Jennifer Lopez, 52, and actor Ben Affleck, 49, finally got married in Las Vegas. The two had a break up for a long time but eventually rekindled their relationship last year. Not only this, Jennifer Lopez, popularly called JLo, has also changed her name to Jennifer Affleck.

The couple got engaged in 2002 but called off the relationship around a year later. They both went separate ways, got married to different individuals, had kids, before reuniting last year and getting engaged in April.

Hair stylist Chris Appletown, a close friend of Jennifer, shared a glimpse of her bridal look on Instagram. Chris shared a video of Jennifer twirling in a simple white wedding gown and wrote, “last minute feelings before the wedding…”

In the video, Chris can be heard asking Jennifer about how she is feeling, to which she replies, “I’m feeling amazing”. Talking about the dress, she says, “I’ve been saving it, saving it, saving it and now I’m finally wearing it…on my wedding day”.

Jennifer and Ben announced their marriage in a newsletter according to which the couple got a marriage license in Nevada and wed at a chapel late Saturday, as reported by People Magazine. Jennifer wrote in the newsletter, “Love is beautiful. Love is kind. And it turns out love is patient. Twenty years patient. Exactly what we wanted.” Jennifer addressed herself as ‘Mrs. Jennifer Lynn Affleck’, as reported by The Los Angeles Times.

Reuters states that a marriage license was obtained in their name from Clark County dated Saturday, July 16, according to document details posted online by the county clerk’s office. It mentions their names -Benjamin Geza Affleck and Jennifer Lynn Lopez.