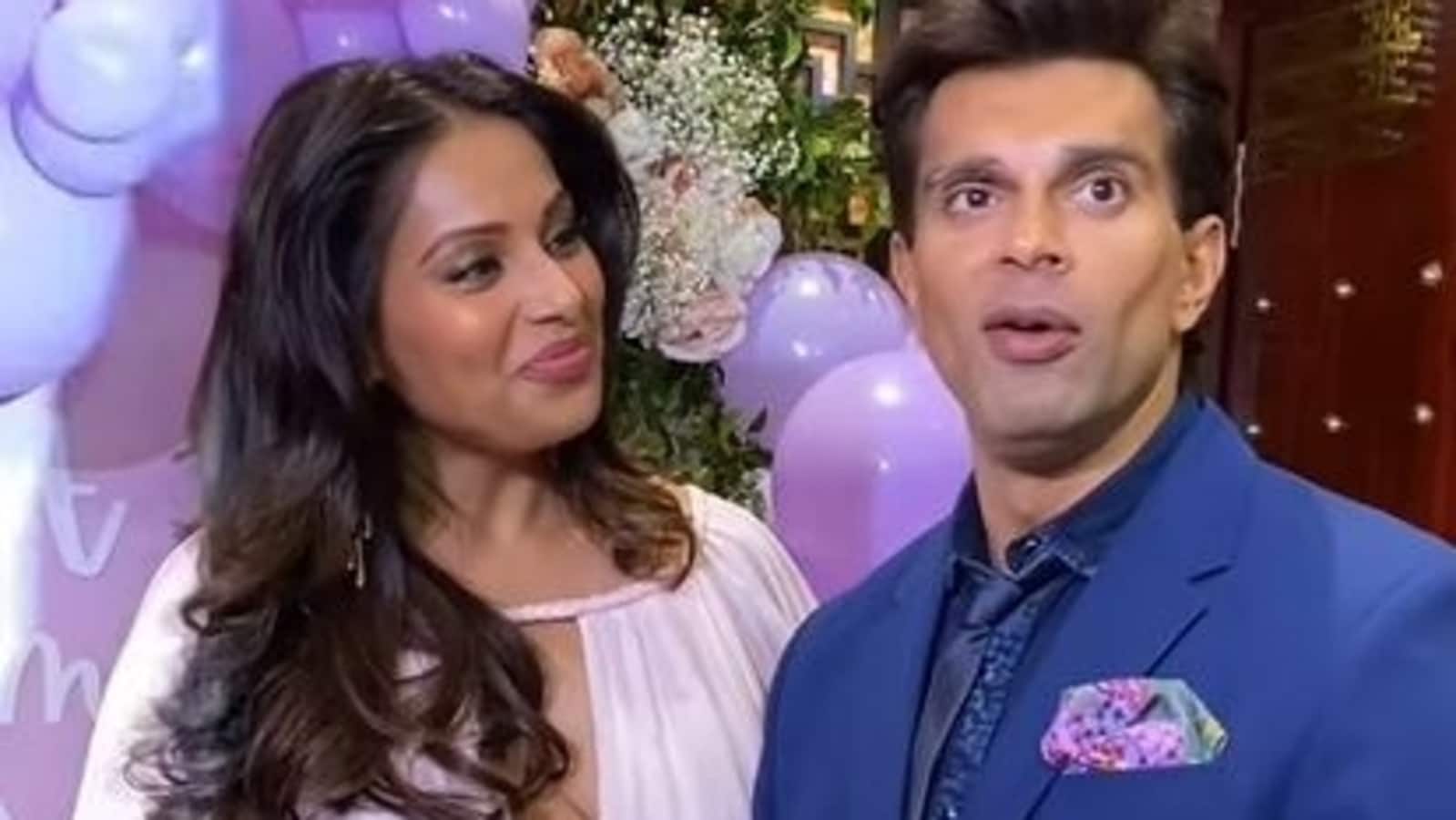 Bipasha Basu, who recently celebrated her second baby shower with her husband Karan Singh Grover, cracked a joke at his expense and said that he was still a baby. Bipasha’s close family and friends were also in attendance at the bash. The actors ate cake as they joked in the presence of paparazzi.

In a video shared by a paparazzo account on Instagram, Bipasha is seen pointing at Karan and saying, “Papa banane wale hain aur abhi tak khud hi baby hain (He is going to be a father soon, but he is still a baby).” The media went “ooo” as Karan stared at them and said, “Ooo? Are you guys surprise? As if you had no idea!”

Fans flooded the comment section with hilarious reactions. One of them wrote, “Why he always gives expressions like Mr. Bean (the famous character played by played by Rowan Atkinson).” Many others congratulated the couple. Bipasha and Karan cut two chocolate cakes at the baby shower.

Bipasha wore a pink gown while Karan wore a blue suit for the baby shower. It was a private ceremony, that was held with necessary Covid-19 related precautions. The actors also posed in front of a part backdrop that had the message: “A little monkey is on the way!” The couple often calls each other monkeys in posts on social media. The wall was decorated with floral arrangements and pink and purple balloons.

Bipasha Basu and Karan Singh Grover announced their pregnancy in August. They also shared pictures from her maternity photoshoot and they are expecting their first child together. The two had tied the knot on April 30, 2016, after dating each other for a few years.