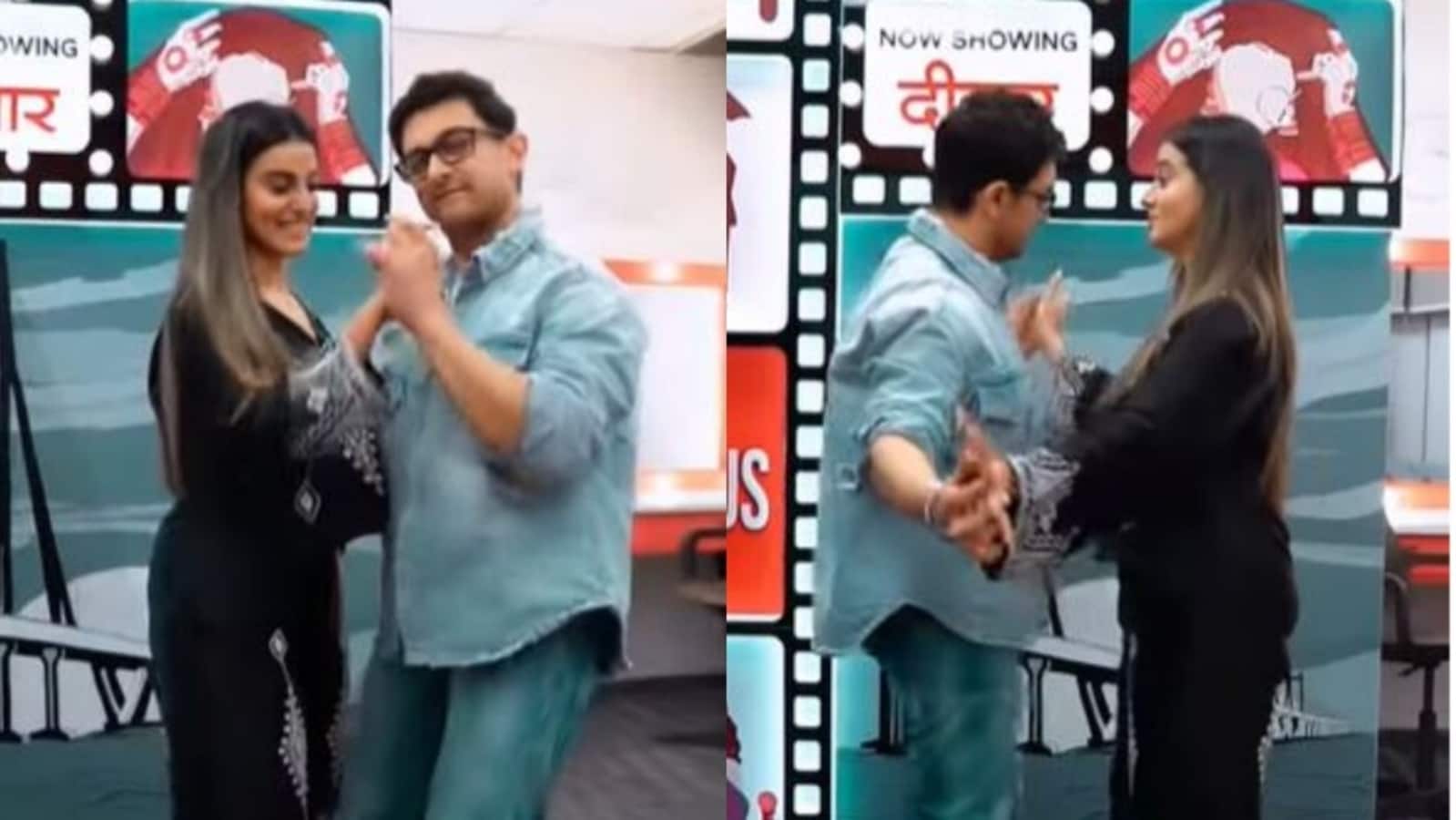 Actor Aamir Khan made Bhojpuri actor Akshara Singh’s ‘dream come true’ as he danced with her to Laal Singh Chaddha’s latest song. Taking to Instagram on Monday, Akshara posted a video in which the duo is seen sitting in a makeup room. As the video started, Aamir was seen extending his hand towards Akshara. She took it and the duo got up from their chairs to dance.

In the clip, Phir Na Aisi Raat Aayegi from Laal Singh Chaddha played in the background as Aamir and Akshara grooved to the music. Akshara was seen smiling as Aamir led the dance. She was also seen making a face as Aamir pulled her close during the dance. In the video, Akshara wore a black and white top with matching pants and heels. Aamir opted for a casual look–white T-shirt, denim shirt and pants along with brown boots.

Sharing the clip, Akshara captioned the post, “This is such a dream come true! Thank you Aamir Sir for making this day one I can never forget!! (black heart and hug emojis).” She also tagged Kareena Kapoor, Arijit Singh, Advait Chandan and the team of Laal Singh Chaddha. Actor Bidita Bag commented, “OMG, now sign a film asap with him.” Akshara replied, “Thank you universe.”

On Sunday, Akshara shared a picture as she posed with Aamir from the same venue. “Honoured to meet such a genius mind !! Didn’t feel like we met for the first time. Best time spent with everyone’s fav Aamir Sir. Thank you for all the good talks and fun we had together,” she captioned the post.

Akshara features primarily in Bhojpuri films. She is known for her roles in films such as Tabadala, Sarkar Raj and Satya. Akshara made her acting debut opposite Ravi Kishan in the 2010 film Satyamev Jayate.

Laal Singh Chaddha’s Phir Na Aisi Raat Aayegi, by Arijit Singh, was released over the weekend. “The agony of longing, the sweet pain of a love unrequited, the desire of making this moment last forever. The song that captures this everlasting emotion…,” a post read on Aamir Khan Productions’ Instagram handle. The team recently shared a behind-the-scenes video, in which actor Kareena Kapoor called the track ‘best song ever’ and ‘song of the decade’.