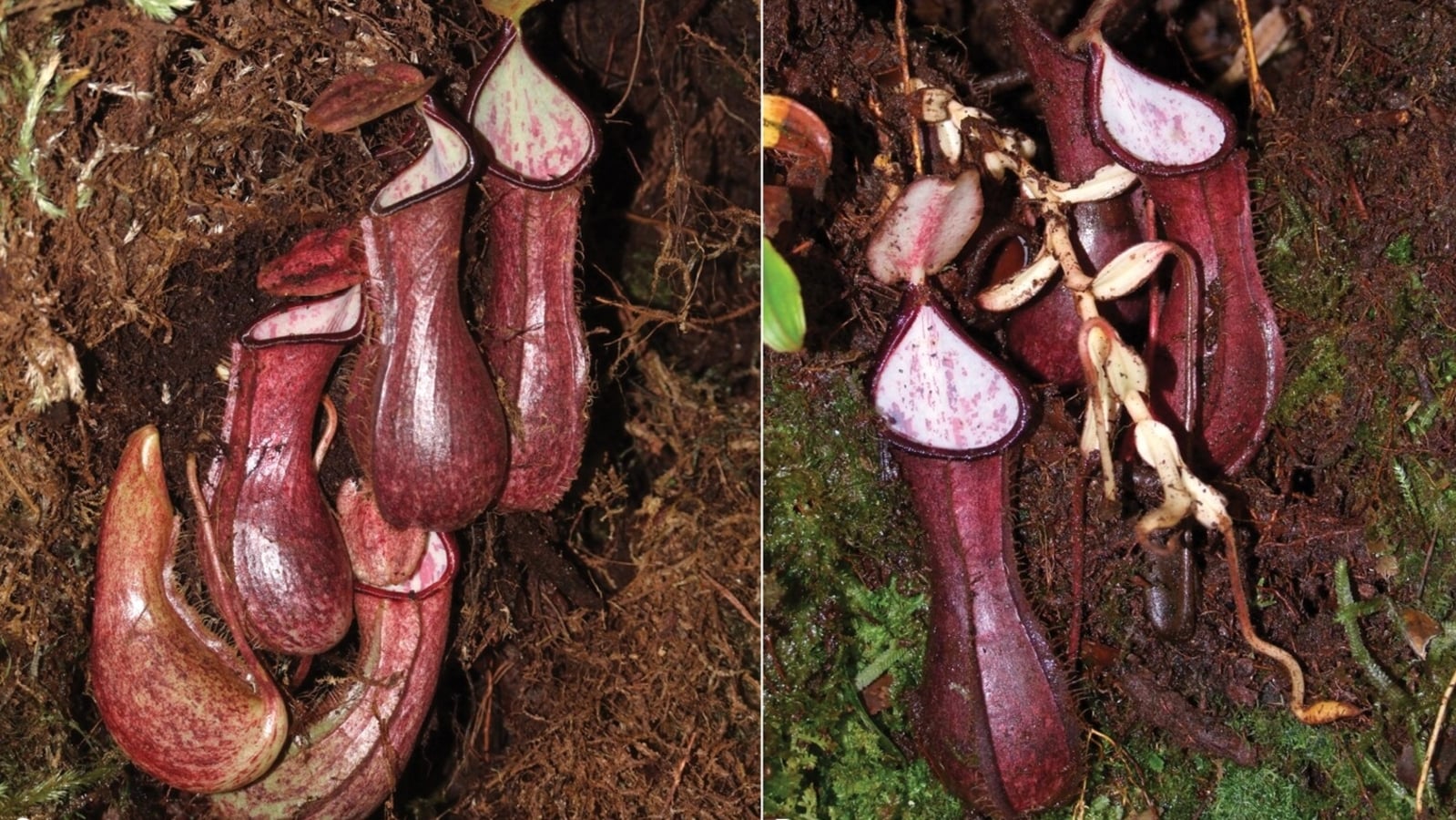 A study published in the journal PhytoKeys on June 23 says Nepenthes pudica is known only from a few neighbouring localities in North Kalimantan’s Mentarang Hulu district, where it grows on ridgetops at an elevation of 1,100–1,300 metres above sea level.

“We found a pitcher plant which differs markedly from all the other known species,” Martin Dančák of the Czech Republic’s Palacký University, who is the lead author of the study, said.

“… this species places its up-to-11-cm-long pitchers underground, where they are formed in cavities or directly in the soil and trap animals living underground, usually ants, mites and beetles,” Dančák explained.

Also, the leaves that support the pitcher – which traps the prey – are a fraction of their normal size. The pitchers themselves, though, are of the normal size and have a reddish-purplish colour.

“Interestingly, we found numerous organisms living inside the pitchers, including mosquito larvae, nematodes and a species of worm which was also described as a new species,” Václav Čermák from the Czech Republic’s Mendel University, who was part of the team, said.

The scientists said a few reason for the plant to have evolved to catch prey underground is more stable conditions and potential prey during dry periods.

There are only three other (known) kinds of carnivorous plants that trap prey underground, but they all use very different mechanisms, the scientists said.