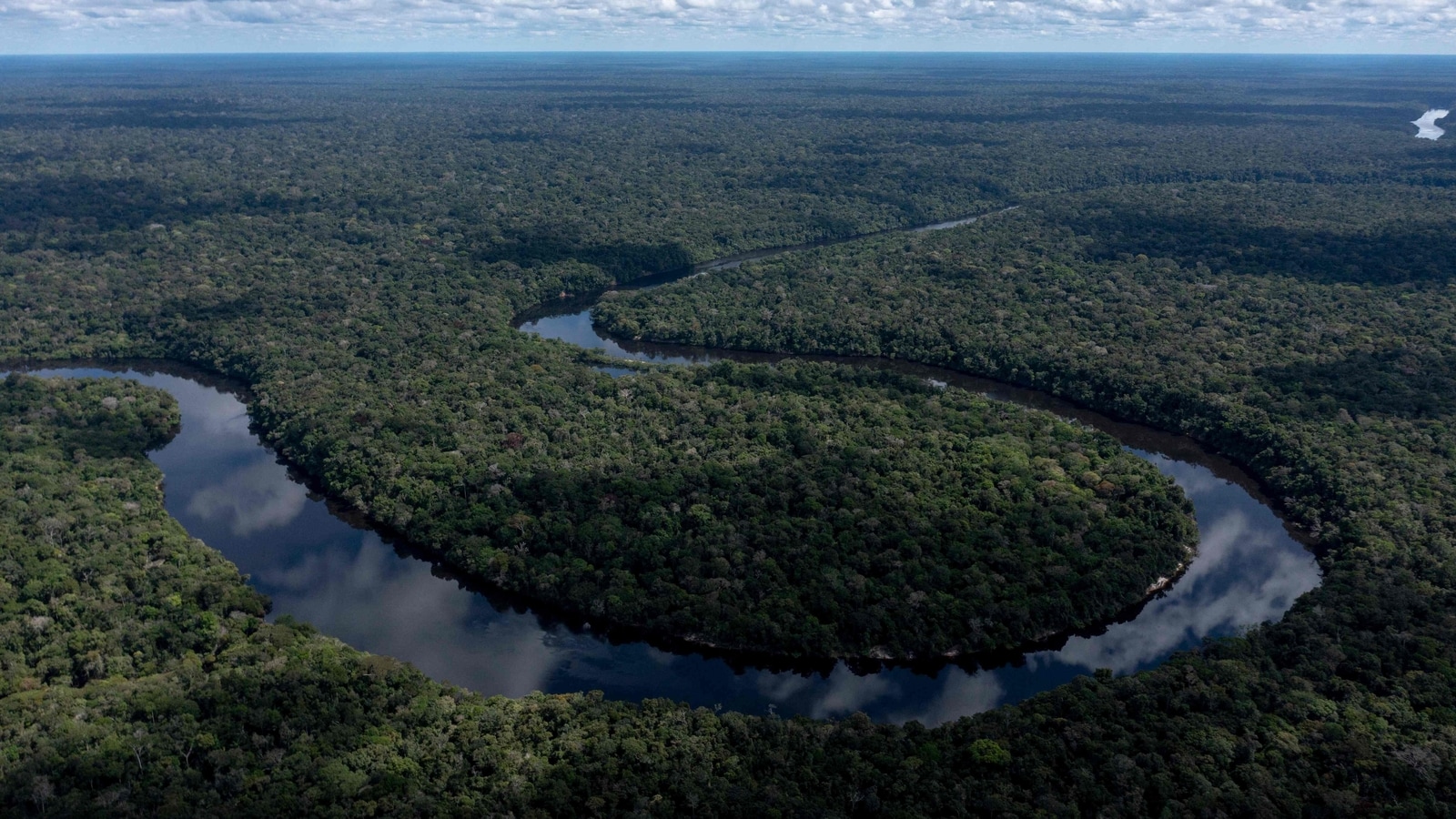 In a remote part of the Brazilian Amazon, a scientific expedition is cataloguing species. Time is of the essence.

“The rate of destruction is faster than the rate of discovery,” says botanist Francisco Farronay, of the National Institute of Amazonian Research (INPA), as he cuts into the bark of an enormous tree and smells its insides.

“It is a race against time.”

The largest rainforest on Earth, still largely unexplored by science, is assailed by deforestation for farming, mining and illegal timber extraction.

According to a MapBiomas study last year, the Amazon lost some 74.6 million hectares of native vegetation — an area equivalent to the entire territory of Chile — between 1985 and 2020.

The destruction accelerated under the government of far-right President Jair Bolsonaro, accused by environmentalists of actively encouraging deforestation for economic gain.

The rainforest is considered vital to curbing climate change for its absorption of Earth-warming CO2.

Since 2019, when Bolsonaro took power, average annual deforestation in the Brazilian Amazon increased by 75 percent compared to the previous decade, according to official figures.

“Most plant species in the Amazon are to be found in encroached areas,” said Alberto Vicentini, another member of the expedition launched by Greenpeace.

It is estimated that “we do not know 60 percent of the tree species, and every time an area is deforested, it destroys a part of the biodiversity that we will never know,” said the INPA scientist.

For their research in this remote part of the northern Brazilian state of Amazonas, the team of took a plane from Manaus, flying over hundreds of kilometers of green forest cut by meandering rivers, to Manicore.

From there, a five-hour boat trip by river for a weeks-long expedition to collect plant samples and observe animal behavior, for which they installed cameras and microphones.

The group includes experts in mammals, birds, amphibians, reptiles and fish, trees and flowers. But it is a tough time to be a scientist in Brazil, they say.

“We are living in a moment of science denialism, as we saw with the pandemic in Brazil,” with Bolsonaro railing against masks and vaccines, said Vicentini.

“Research institutions in Brazil are under attack by the policies of this government, universities are suffering many cuts,” he added.

A sheet of newspaper used by one of the botanists in the group to press a flower has the headline: “Increase in wood extraction in Amazonas” with a photo of two trucks leaving the rainforest loaded with logs.

“There are places where no one has ever been, we have no idea what is there,” said INPA biologist Lucia Rapp Py-Daniel.

“Without the resources to investigate, we do not have the necessary information to even explain why we have to conserve” the area, she said.

Resources have been dwindling for a decade — another phenomenon that has sped up under Bolsonaro, according to critics.

In May, Brazil’s two main scientific societies, the Brazilian Academy of Sciences (ABC) and the Brazilian Society for the Advancement of Science (SBPC) warned that funding for scientific research in the country would be cut by almost 3.0 billion reais (about $560 million) this year.

“We should accelerate the pace of research in the face of the destruction, but instead we are slowing down,” says Py-Daniel.